China, over the last few decades, has entrenched its hegemony in the global trade. However, the recent outbreak of the COVID-19 has prompted the need for alternative sources for procuring raw materials. Industries in emerging economies, especially in Southeast Asia, will be vying for an increased supply chain transparency. This trend is likely to place Europe in a favorable position, as the possibility of a new trade order is coming near. Furthermore, the region’s ability to influence foreign governments through better trade policies will help in recouping the market share it has lost to China and the U.S.

Europe - A Pandora’s Box in the Pandemic:

The global pandemic has affected much of the world economy; investors have retracted a total of USD 83 billion from emerging economies since the outbreak has translated into a health crisis. However, the markets are set to recover once the spread of the virus’ influence is mitigated. Europe’s global perception as a soft power will help in it forging new ties after the crisis.

Furthermore, the European Union (EU) has always leveraged access to its lucrative common market place as a bargaining chip for giving shape to regulatory and trade policies. This strategy may prove to be useful to cement its position as a trading partner among Southeast Asian economies. The European Union (EU) is currently the second-largest trading partner of the Association of Southeast Asian Nations (ASEAN) after China. In turn, ASEAN is the third-largest trading partner of the EU outside Europe, after the U.S. and China. Additionally, the EU is by and large a well-established economy, which has resulted in it becoming one of the largest global investors.

The ASEAN consists of economies such as Singapore, Vietnam, Thailand, and Malaysia, which are rapidly emerging as one of the most lucrative markets for investing. Successful bilateral trade negotiations and investments in these economies have resulted in Europe gaining significant prominence in Southeast Asia.

Could The U.S. Economy Withstand Coronavirus Crisis By Itself, Click Here To Get Insights

The outbreak of the COVID-19 has affected primary industries and precision instruments, automotive machinery (including vehicle part manufacturing). Besides, the communication equipment production industry has been amongst the industries witnessing the worst hit, since China has been one of the primary exporters of these commodities.

Europe, by dint of its technological superiority, shows signs of expanding its current manufacturing capacities in areas such as vehicle part manufacturing and production of precision instruments. The Southeast Asia chemical and petrochemical industry has been one of the most lucrative sectors and has played a critical role in the economic emergence of this region. For instance, Singapore is presently among the largest refinery export hubs. Furthermore, the creation of AFTA (ASEAN Free Trade Area), to bolster intra-ASEAN trade is expected to provide expansion opportunities to the regional chemical sector. These strategic initiatives are expected to scale up the demand for raw materials and measuring instruments.

In the global chemical analysis instruments trade in 2017, Europe held the highest share of around 45%. Furthermore, the majority of Southeast Asian economies are agrarian in nature, which also makes the agriculture industry as one of the largest sectors from which demand for various agrochemicals are expected to rise. The growing agrochemical demand from ASEAN economies can be fulfilled by Europe, which has considerable dominance in this area. For instance, the region had a share of over 70% in the global animal/vegetable fertilizer trade in 2017. 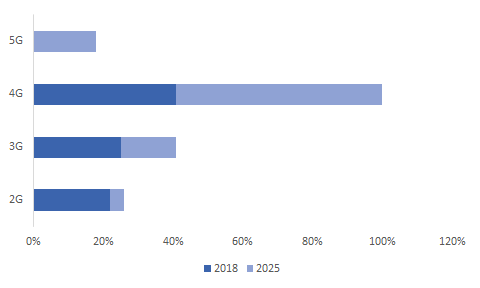 Lockdown Effect Of The Novel Coronavirus On Semiconductor Industry, Click To Get Insights

A global crisis is bound to disrupt the existing supply chain. Taking into consideration protectionist policies that are being doled out by various developed economies — sanctions and trade restrictions on specific countries have also cropped up. For instance, the palm oil ban on Indonesia and Malaysia, which has been placed by the European Parliament, is likely to hamper trade relations between these regions. Indonesia and Malaysia, on their part, have appealed to take the EU to the World Trade Organization (WTO).

The dire need for massive resources following a global pandemic may be an occasion to lift economic trade sanctions and embargos. The EU and ASEAN are likely to come to an agreement if Europe wants to be a potential alternative, as a source of raw materials, for economies in Southeast Asia. This will also, most likely, result in the ASEAN economies’ increased access to the European free market.

Recovery, negotiations, and forging new partnerships is the way forward once the world is rescued from this global pandemic.