A game engine is a piece of software that allows for the production and development of video games for multiple platforms. Game engines, in particular, enable creators to include visuals, physics, audio, and input functions in their games. Game engines are typically created in tandem with a specifically built development tool that allows users to alter script files of game levels in an open environment. 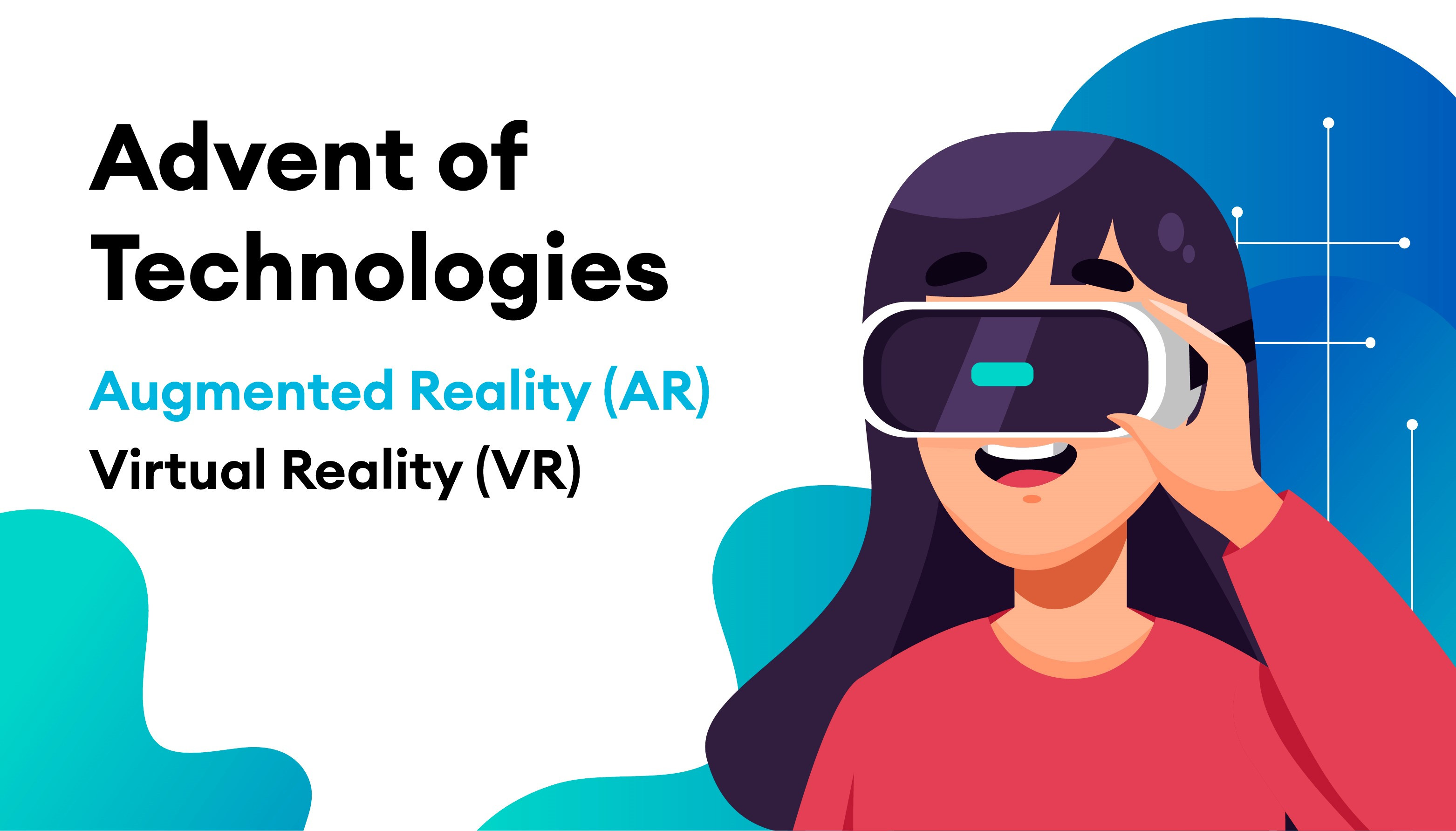 The development of technologies such as Augmented Reality (AR) and Virtual Reality (VR) is the key driver of the gaming engine business (VR). Augmented and virtual reality technologies transform the way people consume entertainment, particularly movies and video games. As gadgets get more modern and capable of rendering realistic effects, there is a rising need for gaming engines with more robust capabilities and real-time functionality. Augmented reality in gaming is a new and developing concept, yet it is gaining popularity. This innovative technology enables game creators to create games that interact with the actual environment.

Augmented reality (AR) with computer applications enables interactive experiences for previously unachievable gamers. One method employs an AR game engine that includes a fundamental tool—an augmented reality software development kit (SDK). It enables one to visualize the design and construction of games under development. Users may edit and modify 3D objects using a 3D engine platform. The platform may allow the user to attribute different behaviors to these 3D figures before uploading them for display on a camera view.

Developers' need for such complex capabilities necessitates a platform like this, implying that organizations that supply them will be in high demand as income potential expands. The expanding gaming business has resulted in the growth of the game engine market, which is responsible for creating numerous 3D games. People have embraced gaming in a big way throughout the years. Furthermore, with the current pandemic outbreak, video games influenced the game engine business.

The prominence of casual "end-to-end" game engines, which allow firms to design, launch, and iterate their products more cheaply and effectively, is driving much of this success. A game engine is the foundation of a game, allowing you to import models, animations, and other assets needed to make a game. The use of game engines is growing in the gaming industry, as most game firms have begun to integrate game engines into the development of their games.

Advanced gaming engines are simple to use and can produce high-quality images in a short time. The primary technologies that enable a game to work, such as graphics, rendering, scripting, and AI behaviors, are provided by game engines. While some studios create their engines from the ground up, it comes at a high cost in terms of time and money, with no assurance that they will outperform (or even perform as well as) the existing industry leaders.

The gaming industry is expanding at a breakneck speed. However, one issue for the business is the high cost of game engine software and hardware. Many game engines are expensive, requiring a high-end computer or console. Individual developers are burdened by the associated expenditure, making it difficult since they need more finances to bring their ideas and initiatives to life.

Furthermore, the severe rivalry from other firms and customers' continuously changing expectations and swiftly altering preferences make it challenging for sales to get off the ground. As a result, there may be fewer investments in research and development on the part of software suppliers, making the area less appealing to newcomers.

As a result of the increase in product innovation in terms of organic offerings, demand for games engines is predicted to develop rapidly over the forecast period, as it is in line with changing customer tastes and preferences. There was once a coffee bean, then an instant coffee jar, and now the world has embraced a new fad of coffee capsule machines. Consumers are becoming more interested in these gaming engines. The demand for gaming engines, on the other hand, is projected to be limited by the negative consequences of packaging.

The market for gaming engines will expand as more people have access to quicker internet connections and strong Internet of Things technologies. People currently spend more time on cell phones and computer browsers than on television, which connects them and encourages them to spend more time playing games. There have been several technological improvements in the wireless telecommunications business in recent years, which have enhanced network availability and performance. 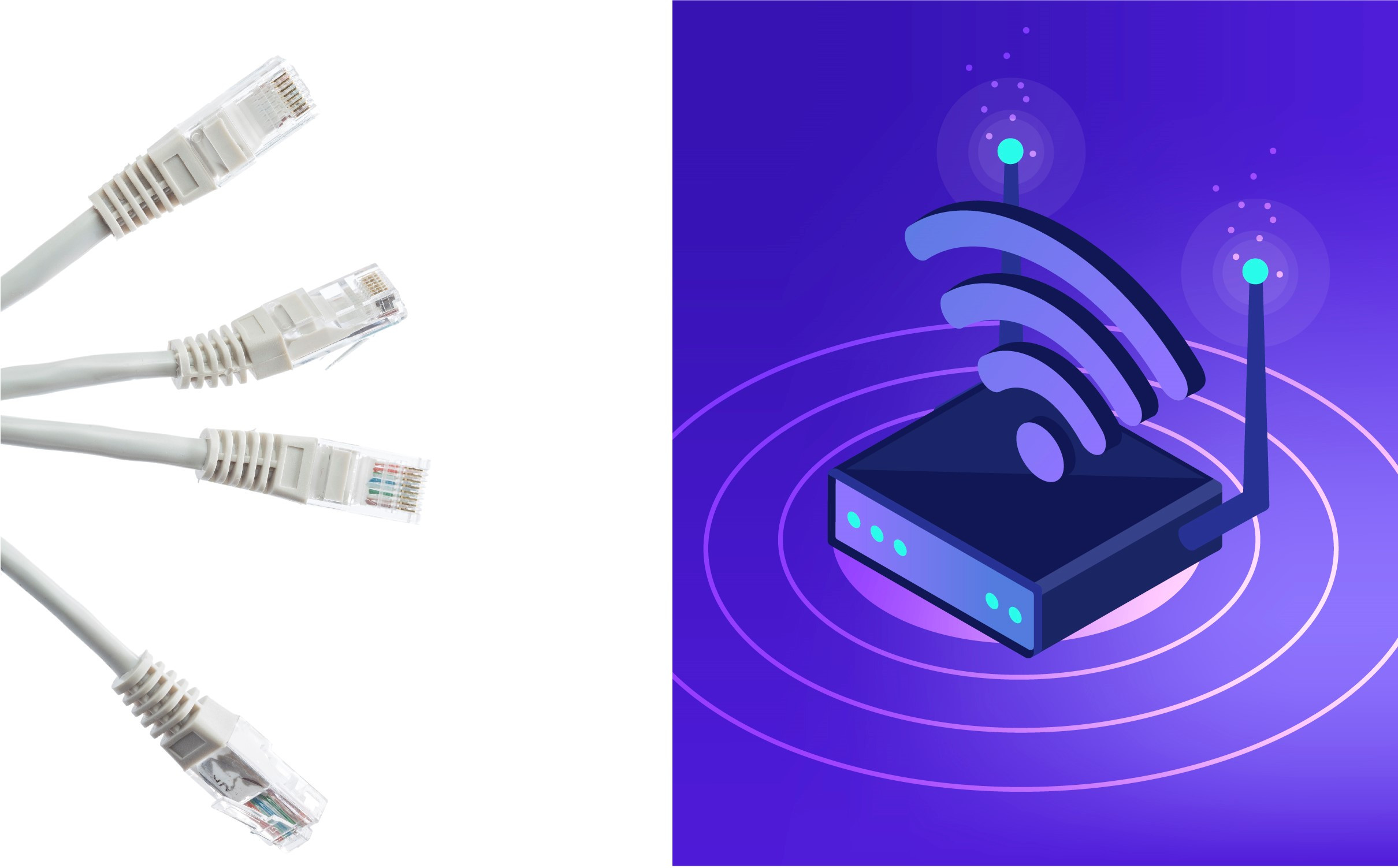 This is especially true given the fast rise of mobile broadband networks and Wi-Fi technologies. As a result, connecting over network hardware consoles or other local area networks is possible while improving online multiplayer gameplay with dedicated servers and online data storage. With time, cloud gaming has gained prominence in the gaming business, and it is also a big craze among PC and mobile players. Cloud games will witness a rise in demand as 5G and internet connectivity extend over the anticipated period, contributing to the overall growth of the games engine market.

Market players were developing new games to get more clients to play their games. Furthermore, when the globe fell into lockdown during the epidemic, demand for the gaming engine increased. This raised developer demand for game engines to create enjoyable games that can be played at home with family and friends. As the gaming sector grew in the lockdown, the demand for game engines is projected to surge post-Covid-19.

Many individuals, especially youngsters, embrace and enjoy indoor activities. This will raise demand for indoor games, particularly those that can be played with families, such as ludo, hence boosting the games engine market. Market participants are creating modern technology game engines with various features and functionalities. This simplifies the gaming engine, allowing anybody to build and develop a game that can be played with their ingenuity.

The pandemic has had a minor impact on the gaming engine business. The way it is growing and being consumed, the gaming business is a one-of-a-kind market. The technology used to make video games is constantly improving, resulting in significantly better video game visuals and gameplay. As a result, the demand for game development software is skyrocketing. The progress in mobile gaming, which is increasing rapidly due to the development of mobile technologies and the growing number of mobile gamers globally, is also driving demand for games engines.

The need for gaming engines has surged in recent years. The games engine industry is growing in popularity as developers may use it to develop games for various devices. One of the reasons game engines are becoming more popular is their ability to generate games on various platforms. Game engines offer an advantage over other programs in that they do not have to be uniquely created for each device. Here are a few recent industry advances.

Rising Diversity in the Gaming Industry

It is a common misperception that PC and console gamers are only young, single men. Many cultural standards, both inside and outside the gaming world, have led to the perception that video games are played mainly by males; while this was historically accurate, it is no longer the case. Women are playing more than ever before because of mobile gaming development. According to the Newzoo Study, which Google Play commissioned, "49 % of mobile gamers are women" (based on data from over 3,330 respondents aged 10–65 in the United States).

Furthermore, cloud gaming and other related trends indicate that the video game business has become more accessible. People who aren't interested in high-end gaming PCs or consoles can do with them. 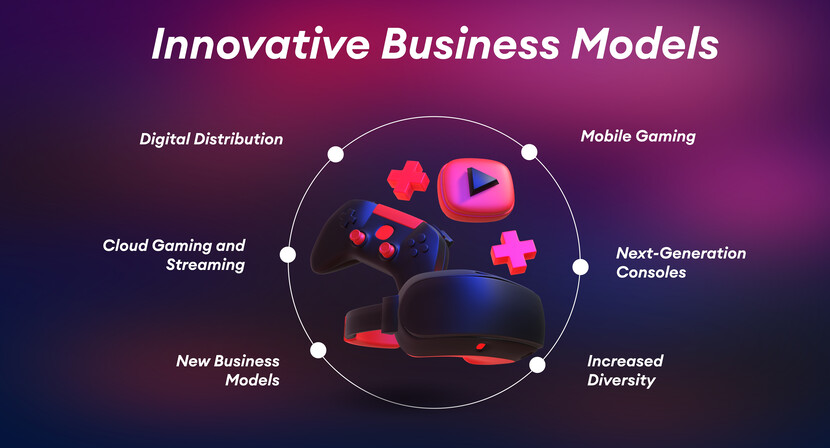 Business concepts like free-to-play and gaming as a service impact the industry (GaaS). The free-to-play approach allows players to play games for no upfront cost. The games are often available on and mobile devices video game consoles, which opens up revenue potential. Players, for example, can buy credits to remove adverts, communicate with other gamers, or obtain free playtime. Gaming is a subscription-based streaming service that allows customers to play games on a game publisher's hosting infrastructure.

Gaming as a service, in conjunction with ended to this shift by releasing Next-generation consoles that allow gamers to use physical and digital games. Xbox Series X, for example, gives customers access to a continually updated library of hundreds of titles. Next-generation consoles will continue to push the boundaries of the video game industry with cutting-edge visuals, lightning-fast load times, and simple access to new titles.

The rise in the region's people's affordability and the region's stable economic backbone, together with the latest technology, fuel the market growth. According to the Entertainment Software Association's 2020 study, "those over 65 (46 % males and 63 % women) report playing for 10 years or less, indicating that older people are turning to video games." This is fuelling the region's gaming engine market growth.

Moreover, according to the GSMA, the number of smartphone customers in North America is predicted to reach 328 million by 2025.

Furthermore, by 2025, the area may see a rise in the global penetration of mobile users (86%) and the internet (80%). The area has the most remarkable rate of smart device adoption. As smartphones play a crucial role in market development, the area provides substantial potential for market growth analyzed over the forecast period.

Europe had a consistent increase in demand for gaming engines during the forecast period. The expansion is due to technology developments that result in better visuals and more engaging gaming experiences. Creating games compatible with significant game engines has assisted various game companies in lowering development costs.

Furthermore, governments are implementing gaming technologies for educational objectives. For example, the LUDUS project is a proposal to establish a European network to transmit information and best practices generated via game-based methodologies. The initiative aims to achieve various intermediate educational goals, such as youth employability, entrepreneurship and innovation, economic empowerment, and multilingualism in Europe.

The Erasmus+ program of the European Union is financing this research. In addition, the government is increasingly relying on serious games to teach workers from various ministries. Europol plans to produce a game that will assist law enforcement officials in understanding the threat presented by cryptocurrency. Such applications will drive its demand even higher in the future years.

The Asia-Pacific game engines market will grow significantly. The Asia-Pacific region is a prominent participant and influential market in revenue generation. The key drivers of this region's market growth are increasing technology breakthroughs and rising demand, particularly from nations such as China and Japan. Due to a large population, the increasing popularity of mobile games, and growing interest in E-Sports, China is one of the world's leading creators of game engines.

The Chinese market for high-quality gaming engines has been steadily growing. Since relatively few merchants offer paid versions in China, the most well-known engines are generally imported from other areas, but an abundance of free engines dominates a substantial portion of the market. Similarly, other nations in the region contribute to growth due to the rising popularity of athletes in other sports and increased investment in internet infrastructure.

The key players in the global game engine market are:

DDoS Protection and Mitigation Market: Trends and Strategies for Vendo

The Domain Name Registrar Market in 2022: New Trends and Strategies