The Role of Improved Therapeutics, Diagnosis, and Lifestyle in Enriching Life Expectancy

However, we see a wide range of variations in the outcomes across different regions. Recent EUROCARE results show that in Northern Europe, 63% of the diagnosed patients with non-Hodgkin's lymphoma have a five-year survival rate, followed by 50% in Eastern Europe. However, the outcome in countries such as China still lags. For example, five-year life expectancy across all cancers was expected to be around 40% in early 2015, compared to approximately 30% in early 2000. 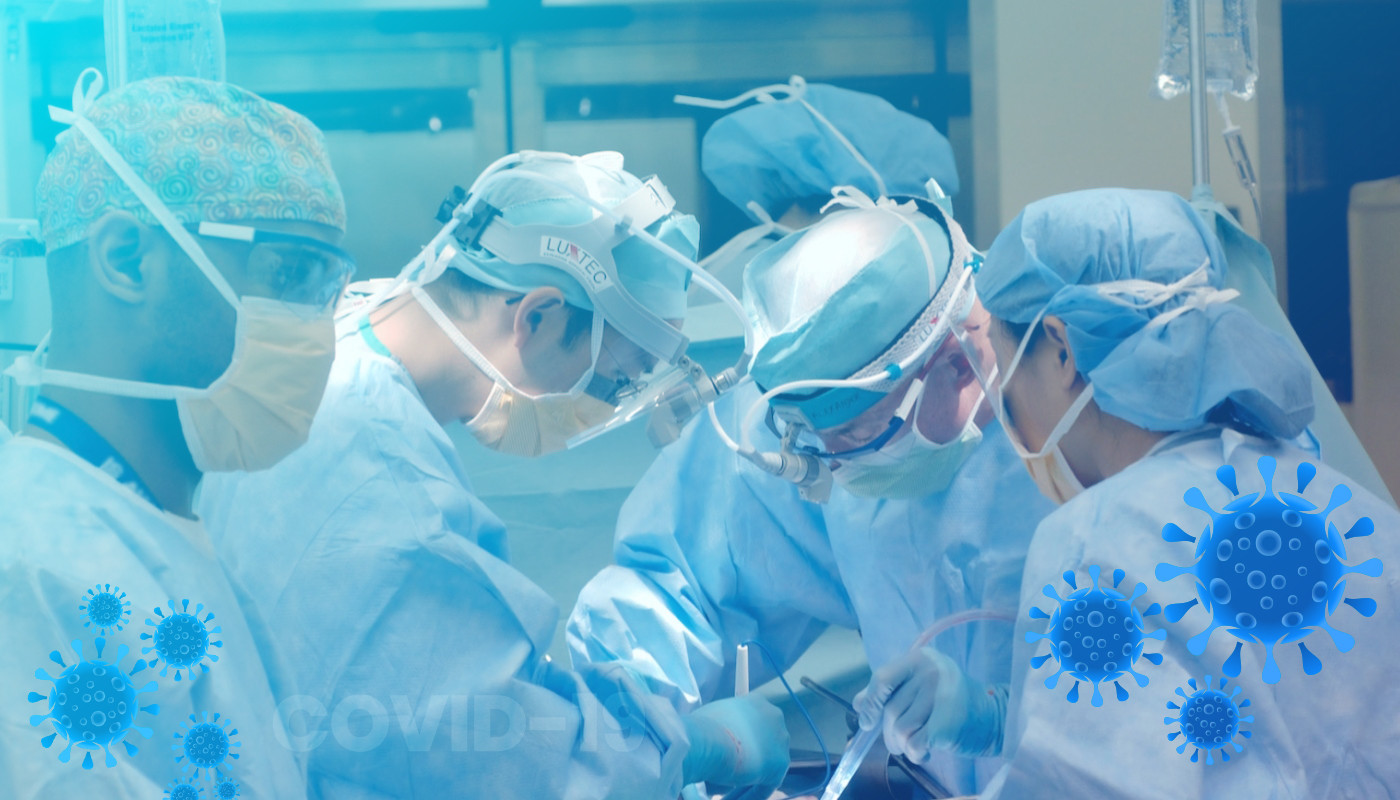 The impact of Covid-19 on the field of oncology market continues to be significant, with oncologists around the world, including the United States, Japan, Germany, France, etc., experiencing caseloads of 25% to 50%, which is lower than pre-pandemic despite a market shift to remote consultation. Oncologists are experiencing delays in surgery, chemotherapy, and diagnosis, resulting in severe consequences. Further, according to a report published by NCBI, screenings for cervical, breast, colorectal, and lung cancer in the United States fell sharply by April 2020— and were below baseline in the 4th quarter of the year, suggesting that approximately 67,000 patients missed or had a delayed diagnosis in 2020.

Figure 1: Rising Adoption Of Remote Care Consultations In Many Countries 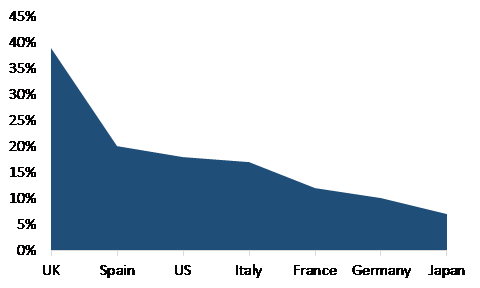 ·   Interactions between patients and oncologists were impacted heavily due to the pandemic.

·        A significant surge in remote patient consultation was noted in 2020 while most countries were in lockdown.

·        When asked about remote consultations amid the Covid-19 pandemic, oncologists in Europe reported that around 20% of their future consultations would be remote. 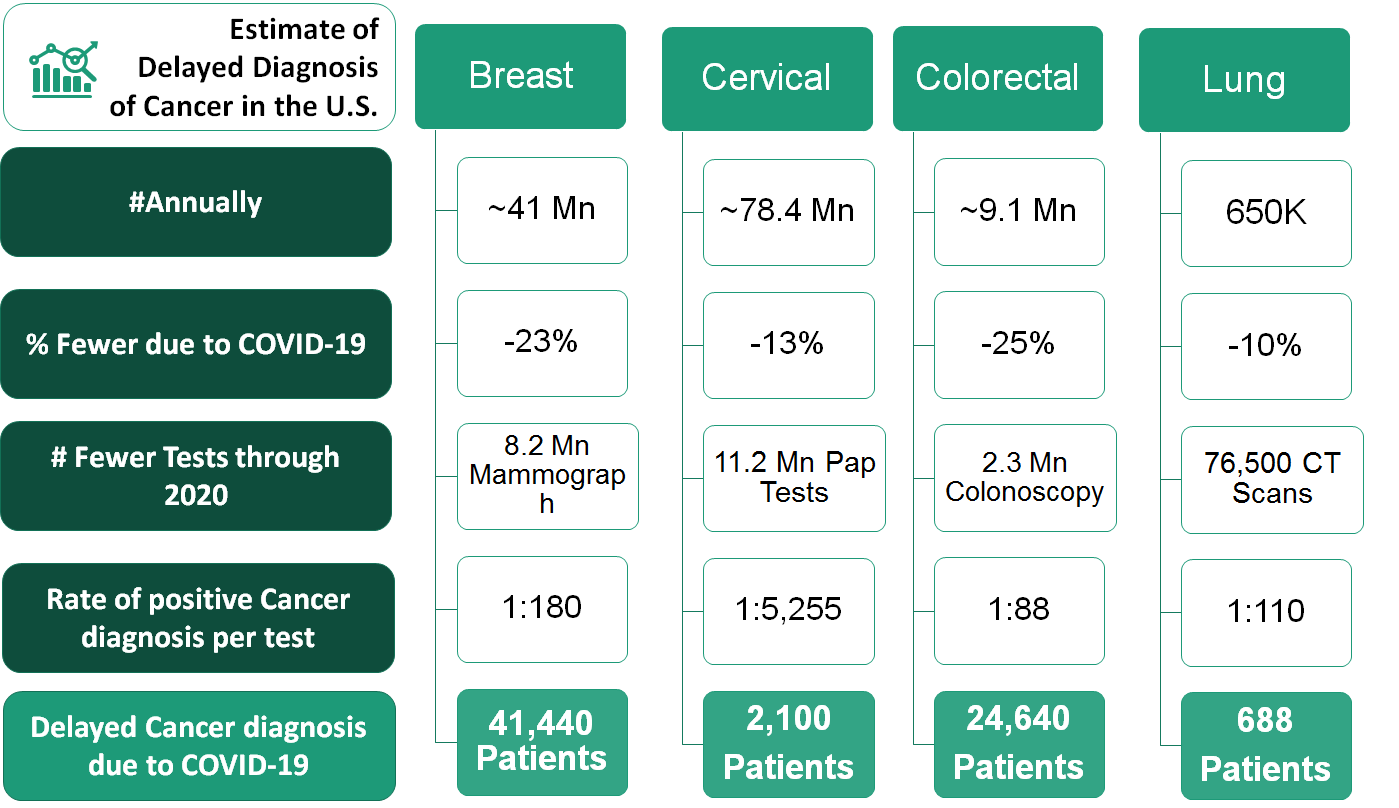 The surge in innovative cancer care that began decades ago is still in effect, with more than 15 drugs launched and made available to patients worldwide, especially for rare cancer. Nearly 60 new innovative therapies were launched in the United States over the past 5 years, approved for approximately 130 conditions and 24 types of cancers.

Rare cancer treatment continues to catch the eye of new treatment options, with 16 launches receiving the orphan designation in 2020. In the last five years, a new cancer medicine has received accelerated reviews—and is first in class for its mechanism, thanks in large part to expedited approval based on phase I or phase II trials. The introduction of new oncology medicines varies across the globe; China is leading the pack, with approximately 35 launches planned over the next five years. The major European countries are launching around 50, compared to the US's 62.

The combined number of drugs in R & D reached almost 3,500 in 2020, which is an increase of 75% since 2015. It indicates tremendous research and investment focus on addressing the unmet patient needs and the progress made in understanding cancer biology. The clinical trial reached a new high of 1600 in 2020, despite the disruptions caused by the pandemic. Thus, it reflects a market shift towards rare cancers.

There has been a composite success rate of candidate drugs through the multiple stages of the clinical trial, improving cancer medicine over the decade from less than 10% to 16% in 2020. Essentially, it is due to the shift towards rare cancers, which have a higher success rate than common cancers. Success rate, clinical development, and trial duration have shown significant improvement in 2020 due to the increase of Phase II productivity in rare cancer. However, with low productivity levels in common cancer, oncology’s productivity remains lower than in other diseases.

The early-stage pipeline has expanded by approximately 40% since 2016 and includes over 1000 promising new approaches to precision oncology, with a rapid shift towards next-gen biotherapeutics including gene editing, CAR-T, and RNA therapeutics. Most of the early-stage pipeline (nearly 80%) is controlled by emerging biopharmaceutical companies with an annual R & D expenditure of less than USD 200 million.

Around 700+ companies are focused on oncology market research and development, such as F. Hoffmann-La Roche Ltd, Celgene Corp, Novartis AG, Bristol-Myers Squibb Co, Johnson & Johnson, etc. Among these, approximately 500 are focused on the specific area. These companies have a mix of headquarters locations, wherein the United States is home to about 45% of these companies.

Besides the organic research and development at pharmaceutical and biotechnology companies, many multi-billion dollar oncology-focused acquisitions, such as Pfizer’s 2019 acquisition of Array BioPharma for USD 11 billion, and partnerships, including a USD 3 billion collaboration between AbbVie and Genmab on bispecific antibodies, have been observed. Further, the success rates of a few oncology products reflect significant eagerness towards oncology.

Premonition of Expenditures on the Oncology Market

Patient access, innovative treatments, and blockbuster drugs, followed by an emphasis on early diagnosis of cancer, have led to a surge in global spending on oncology drugs, estimated at approximately USD 160 billion in 2020, and is expected to reach USD 400 billion by 2029, even as the CAGR eases to about 10%. Further, in the United States, oncology spending reached USD 71 billion in 2020, which is approximately 43% of the global expenditure. It is directly proportional to the growing use of PD-1/PD-L1 drugs and the rapid increase of antibody-targeted agents and small molecules. 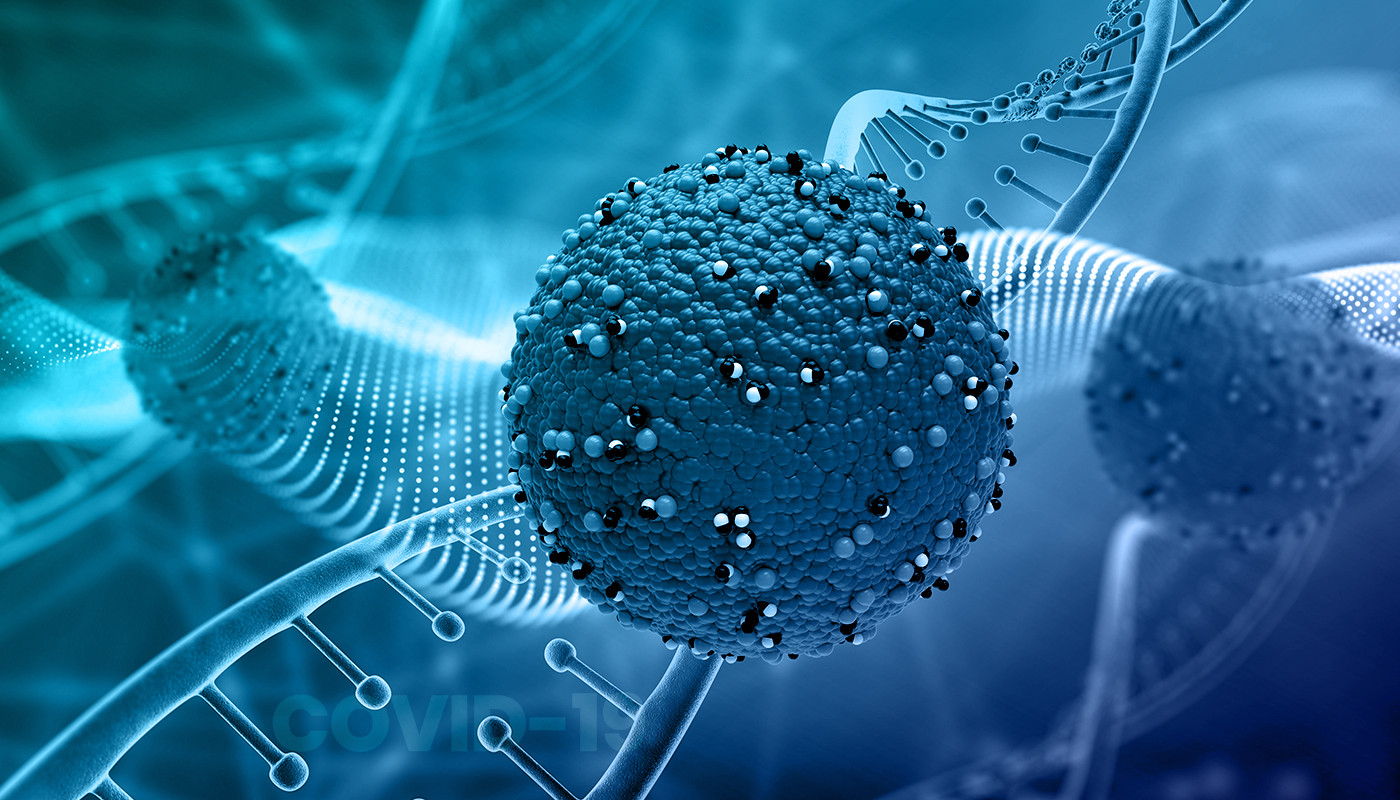 Overall, we foresee that the therapeutic area of oncology will continue to have considerable and transformative potential for patient outcomes. Many cancer types continue to have unmet needs in the United States and globally. Precision medicine and novel modalities, including cell therapy, offer great potential to transform the lives of oncology patients. However, taking advantage of this potential will require pharmaceutical companies to work in new ways to accelerate development timelines, develop combination therapies, and find the best possible ways to bring these therapies to market.

How Wearable Devices are Changing Healthcare, 21% of People in the US

Precision Cancer Therapy has been Instrumental in the Growing Adoption

Cleaning and Disinfection For Personal Hygiene - A Way Ahead During Th