Resilience in Manufacturing: Where should countries find it? 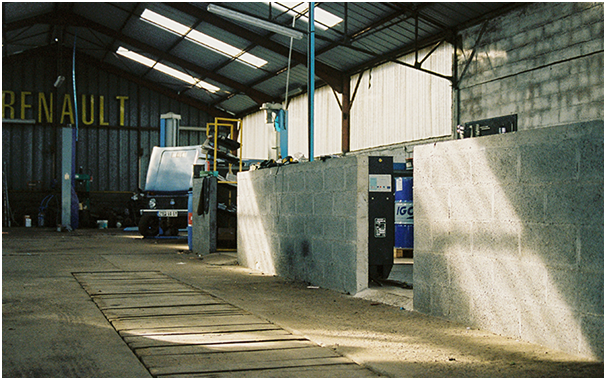 COVID-19 is one of the most disruptive events that have occurred in the 21st century. It has shown how helpless we become in front of nature's wrath. Nations are still facing a surge in cases while battling the tough times regarding the economy. In terms of manufacturing, countries will have to find more innovative ways to keep them more resilient.

Earlier, a handful of countries had a stronghold in the machinery and equipment industry. According to the World Economic Forum, China was the global manufacturing powerhouse accounting for 28.4% of global manufacturing output. It was followed by the U.S., Japan, and Germany. The pre-COVID-19 scenario revolved around labor shortage, emphasis on safety and compliance, trade agreements, and disagreements.

Most of the companies were primarily focusing on straightening things out by M& As. It also included identifying and divesting their non-core assets. Common areas to set foot were digitalization in the supply chain, exploring digital capabilities, and increasing CSR activities. In short, the manufacturing sector companies had already foreseen the times ahead, and we're looking to find ways of resilience.

The Pandemic and Its Impact Supply chain disruptions, massive financial losses, and demand fluctuation enlargement has led to countries falling back to domestic manufacturing. Some signs of this were witnessed pre COVID when countries such as the U.S., U.K., and India moved to protectionist policies where the heavy focus was on domestic manufacturing. The post-pandemic situation is expected to rely heavily on what course the governments will take concerning policies and regulations.

How Manufacturers Can Become More Resilient?, Click Here to Get Insights

No government has been left out from the blow of the pandemic. They are formulating new strategies to stir up the economy, bring back pre-pandemic consumer confidence, and make sure citizens are insulated from unemployment. Countries have been witnessing massive layoffs and furloughs for which the government provides stimulus packages to revive the economy. Some countries are also witnessed massive migration from urban to rural areas, for which the governments need to plan out strategies to bring the migrant workers back.  The manufacturing industry doesn't have the luxury of remote working. While lockdowns are still in place in many countries, manufacturers find it challenging to kickstart their production.

In terms of financial challenges, small and medium-sized manufacturers have dealt with a severe blow. As demand is still on a continued downward pressure, revenue losses are intensifying. These manufacturers are unable to handle their debt obligations, along with a major challenge of cash flow liquidity. This makes them vulnerable to bankruptcy. The Future of Industrial Machinery

The digital revolution in the industrial machinery and components industry is at par or, in fact, much earlier than other industries. Technologies such as the Internet of Things (IoT) were already adopted in the industry. Constant supply chain disruptions have led the machinery industry to adopt advanced digital capabilities. Cloud computing, as-a-service platforms, and blockchain have been the frontrunners in digitalizing the industry. Blockchain brings more transparency, while machine learning enables the industry to cut down its losses on breakdowns. All these technologies, their availability, and skilled workforce for execution are expected to affect businesses' decision-making to move domestically, to other countries, or not to move at all.

Developed economies such as the U.S., western Europe, and Japan have always preferred to outsource component manufacturing and even complete manufacturing in Asian and South Asian countries. The advantage of outsourcing is flexible labor regulations and wage structure. This way, companies can save expenditure on labor. But developing economies, to improve the standard of living and per capita income, have brought stricter labor laws to protect the workers. As businesses look into domestic manufacturing as a next step in restructuring their supply chain, there are several factors that they might consider. As mentioned earlier, favorable government regulations, significantly lower taxes, and tariffs can be the primary factor in shifting from offshore to domestic. It becomes a win-win for the government as well due to an increase in potential employment. Along with this, higher quality standards, more accessible communication, faster fulfillment times are other such factors that can be fruitful in domestic manufacturing.

As mentioned earlier, the restructuring of global supply chain models has led to different manufacturing places. Southeast Asia is turning to be a hotspot for offshore manufacturing. Countries such as Vietnam, Singapore, and Indonesia are looking at a strong growth post-COVID-19 with increasing FDIs. Apart from South East Asia, only China and India are expected to have positive growth in terms of FDI, while others' FDI outlook looks bleak. Indonesia has taken decisive steps to increase its share of decreasing foreign investment post-COVID. It has reduced the corporate tax from 25% to 22% in 2020 and plans to set up 19 industrial parks by 2024. Malaysia has offered a 15-year tax exemption for manufacturers who want to invest more than USD 120 million. At the same time, Vietnam looks forward to leveraging its position with the European Union in the newly brokered deal.

Developed economies of the U.S., western Europe, and Japan have always relied upon China as their primary manufacturing hub. But supply chain disruptions and the overall distrust created due to the pandemic's mishandling has made these countries look into possible options. The Government of Japan has planned to pay around USD 540 million in subsidies to Japanese companies to move out of China. But a complete shift to domestic manufacturing for these economies seems farfetched. The South Asian option looks far more promising and secure in terms of financial gains.

As per our analysis, companies are expected to create an alternative base as a tier 2 supplier in South East Asian countries. The ASEAN governments are putting positive steps forward to create a conducive atmosphere for businesses to come. We also believe that in the coming forecast period, the war of talent is about to begin. As companies become more resilient by adopting digital innovation, they require a skilled and talented workforce to drive that innovation. Also, talent drain and an aging workforce are some of the major problems for the developed economies, followed by stricter immigration laws, especially in the U.S.

One more reason to believe that the companies will be shifting to ASEAN countries is the gradual shift of companies towards B2C from the B2B model. The B2C business model has multiple benefits that manufacturers would want to leverage. Companies would want to capitalize on the increasing number of industries coming out of the South East Asian ecosystem. Increased profits as manufacturers can sell, eliminating the wholesaler. Additionally, the manufacturers can gain vital consumer data through which they can drive product development. Consumer data is beginning to grow in importance and is likely to dictate all the companies' solutions.

About the Author: Neeraj Khare works as a Research Associate in the organization. He has diversified experience in Mechanical engineering and Marine Engineering. He was involved in seafaring as an Assistant Engineering Officer with expertise in the Manufacturing, Machinery, and Equipment industry. Core competencies lie in market research, insights, market estimation, and forecasting, and consulting.