Agriculture Segment to Dominate the Global Peat Market During the Forecast Period, 2019–2026 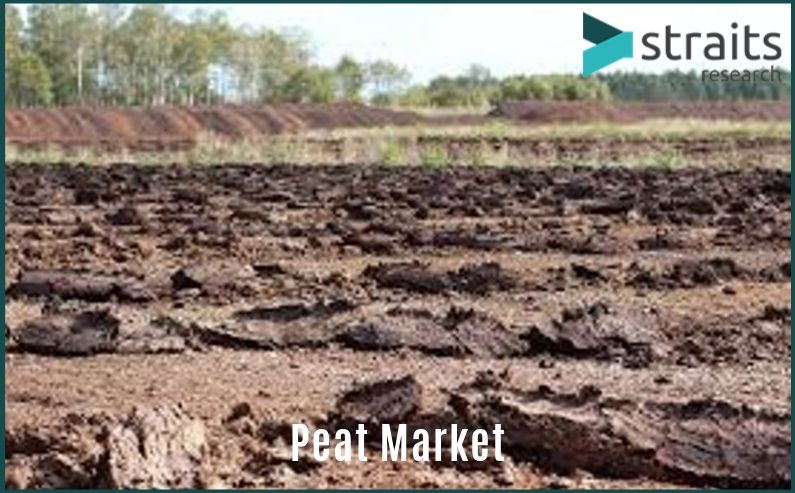 Peat is an accumulation of organic matter or decayed vegetation found in natural areas such as mires or peatlands. Peatlands are commonplace in wetland temperatures where flooding diminishes the rate of decomposition by hindering the flow of oxygen from the atmosphere. Peat is primarily used as a primary source for energy production and electricity generation. Besides this, it is utilized in agriculture and horticulture purposes.

In the global peat market, Asia-Pacific is expected to be the fastest growing region during the forecast period, 2019–2026. Rapid urbanization, increasing population, high demand for electricity, and the need for renewable energy sources are the key market drivers in the region. Asia is the frontrunner in the agriculture & horticulture sector, with India, China, and Japan as key contributors, and registers high consumption of peat. According to the Indian Brand Equity Foundation, in the financial year 2018, the gross value added by agriculture, forestry, and fishing was estimated at US$ 274.23 billion in India, and the country ranked among top 15 leading exporters of agricultural products in the world.

In Latin America, the peat market has gained traction in recent times and is expected to sustain this growth momentum in the coming years. Agricultural practices such as the cultivation of crops, fruits, vegetables and the growing demand for peat in water filtration systems are projected to drive the market growth in the region. Economic recession, low demand for peat from end-use industries, and low awareness are some of the factors hindering market growth in the Middle East and Africa.

North America is expected to grow swiftly due to the consumption of peat as an alternative fuel source in various end-use sectors. The growing demand for peat in agriculture, water filtration systems, and freshwater aquariums encourages market expansion. The United Nations Framework Convention on Climate Change (UNFCCC) and other organizations affiliated with the United Nations have classified peat as an important source of fuel, and it has been gaining significant importance in the fuel industry. The U.S., Canada, and Mexico are predicted to be the largest contributing countries during the assessment period.

The European market has been experiencing tremendous demand for peat since the last few years, and the market is expected to notice sound growth during the forecast period. Finland is the largest producer and is one of the leading consumers in terms of volume, whereas Germany, Sweden, and Ireland also contribute significantly to Europe’s peat market revenue. Finland is estimated to retain its current consumption trend with steady growth during the forecast period.