Architectural Applications to Revolutionize the Global Paints and Coatings Market During the Forecast Period, 2019–2026 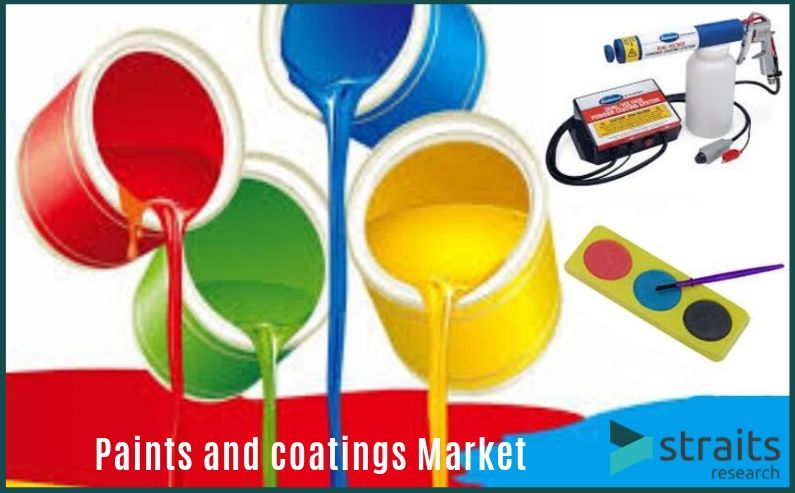 Paints and coatings are an integral component in various sectors such as construction, automotive, marine, and others, as they protect the surface from corrosion and UV rays, as well as provide a decorative finish. Paints and Coatings are expected to record the maximum growth in automotive and industrial sectors, owing to the rapid expansion of these sectors in developing countries.

The global paints and coatings market can be mainly segmented based on product type, raw material, and application. Based on product type, the market can be segmented into high solids, powder, water-based, solvent-based, and others. The water-based segment is estimated to dominate the market during the forecast period, owing to the growing demand from various sectors such as construction, furniture, and others. The extensive use of water-based paints and coatings with no harmful effects propels the demand for this segment.

Based on raw material, the market can be segmented into polyurethane, epoxy resin, acrylic, alkyd, and others. The acrylic resins segment is expected to hold a significant market share and grow during the forecast period, owing to the excellent characteristics of these resigns, such as optical clarity, UV resistance, and others. They are primarily used in the manufacturing of coats and varnishes. The polyurethane resins segment has been growing over the past few years on account of the excellent performance and low volatile organic compound content of these resins.

Globally, the paints and coatings market has been studied across North America, Europe, Asia-Pacific, and LAMEA (Latin America, the Middle East, and Africa).

Europe is expected to be the second largest region, owing to the high adoption of paints and coatings by prominent automotive companies. Automotive end-users are widely interested in varying technologies to water-based formulations. Polyurethane and acrylic-based coatings are mainly adopted in Germany, owing to the significant consumption in the country’s automotive sector. Moreover, certain laws and regulations regarding the adoption of paints and coatings with low volatile organic compound (VOC) content are promoting the adoption of green coatings, thereby propelling the overall market growth.

The presence of automotive manufacturing hubs mainly drives the market in LAMEA. Mexico’s automotive sector is propelled by cheap labor and low-cost base, among others. Additionally, increasing investments by various OEMs are also expected to fuel market growth during the forecast period. According to the Mexican Association of Automotive Industry, the government of Mexico has implemented favorable measures to increase consumer access to finance program; hence, the sales of new cars is expected to increase and, in turn, create lucrative opportunities during the forecast period.

Asia-Pacific is estimated to dominate the market, owing to the high production and consumption of paints and coatings in the region’s developing economies such as China and India. Rapid expansion in the region’s automotive and construction sectors is also expected to fuel market growth.