Automotive Part Die Casting Market to Register a CAGR of 7.0% During Forecast Period, 2019–2026 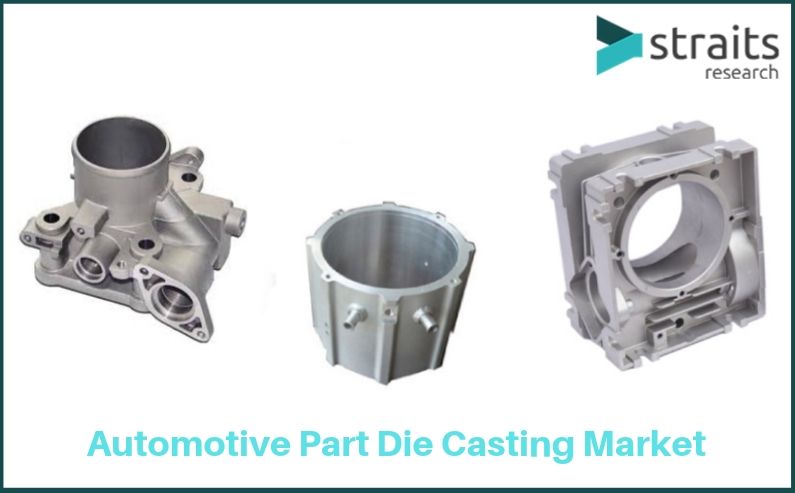 Weight reduction has emerged as an important aspect in the automotive sector since it not only results in reduced tailpipe emission but also enhances fuel efficiency. Automotive manufacturers are thus developing new models with lighter parts. The use of light die casted components in automobiles can translate to a considerable increase in fuel efficiency and enhancements in other functional aspects of the vehicle. For instance, in 2015, Ford trimmed up to 700 pounds from the F-150 by switching to an aluminum alloy body.

At present, the automotive industry is one of the most important drivers of innovation in any economy. A survey conducted on the German foundry industry, one of the leading foundry industries in Europe, found that three-quarters of the pressure die-castings produced by it are sold to the automobile industry. Low-pressure die casting is particularly popular for the mass production of luxury class cars.

Key body assemblies such as floor rails, shock towers, and pillars are being manufactured using high-pressure non-ferrous castings. OEMs are demanding aluminum die casting for auto parts since it enables the production of several thousand parts per annum at a relatively low cost. A few of the automotive OEMs using die casting in body assemblies include General Motors, Ford SUVs and F-150 trucks, Volkswagen, and Mercedes.

The rising production of automobiles and auto components and the emergence of electric vehicles are transforming Asia-Pacific’s die casting industry and its business prospects. China is the largest market for automotive die-cast parts worldwide, and with more than 28 million cars sold in 2018, it is also the world’s largest automobile market. Further, the ‘Made in China’ strategy is expected to bolster the growth of the regional die casting market. Under the strategy, new energy vehicles, new materials, and lightweight vehicles are listed in the top ten areas of focus.