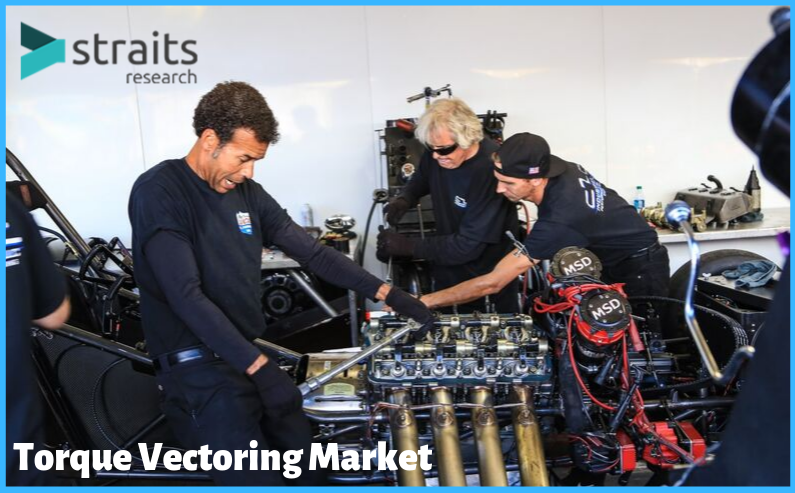 Torque vectoring is a technique of distributing power between wheels. It has become popular in all-wheel-drive vehicles. Advancements in the automotive industry have enabled other vehicle types to adopt torque vectoring differentials. Torque Vectoring Technology divides the torque equally between all wheels to avoid loss of control in slippery areas. It is primarily used in trucks as well as passengers cars.

Asia-Pacific is estimated to be the second fastest-growing market for torque vectoring during the forecast period. Rapidly growing population, rising disposable income and consumption expenditure, and changing lifestyles are some of the factors driving market growth in the region. During the forecast period, China is expected to lead the regional market, while India is expected to witness significant growth. The emergence of India as an automotive manufacturing hub has been driving the demand for torque vectoring systems in the country. The market in the country benefits from abundant cheap labor, cost competitiveness, and developing infrastructure.

The global torque vectoring market is segmented by vehicle type, propulsion, clutch actuation type, EV type, and technology. On the basis of vehicle type, the market is bifurcated into passenger cars and light commercial vehicles. On the basis of propulsion, the market is segmented into front-wheel drive (FWD), rear-wheel drive (RWD), and all-wheel drive (AWD). AWD is expected to be the largest as well fastest-growing segment in the torque vectoring market during the forecast period. It is primarily driven by the increasing demand for SUVs, awareness regarding vehicle safety, and vehicle dynamics. AWD propulsion typically finds application in premium cars and SUVs. Additionally, improving economic conditions, increasing industrialization, and improving standards of living around the world have increased the trade of premium segment cars and SUVs.