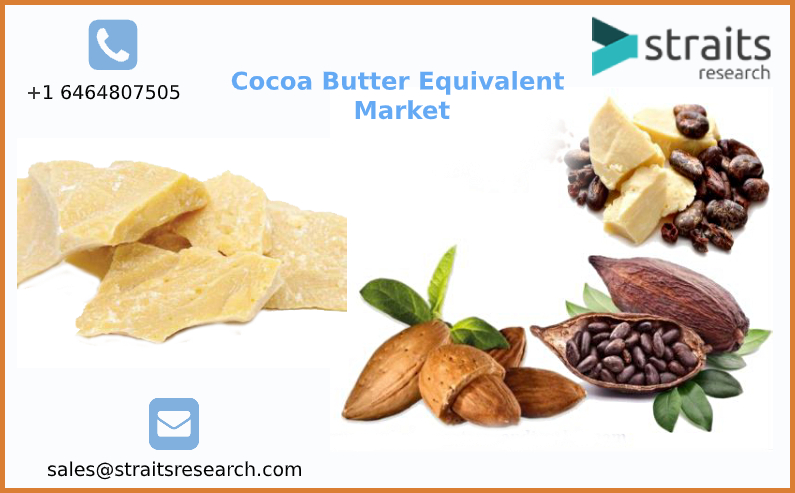 Cocoa Butter Equivalent (CBE) is also used as an ingredient in the production of lotions, soaps, creams, as it efficiently heals dry and sensitive skins, and other uses. Its types include, palm oil, shea butter, sal fat and others. It has applications mainly in food and beverages and pharmaceuticals sectors. Cocoa butter equivalent is increasingly being used in manufacturing moisturizers and antibacterial and antifungal ointments. Approximately, 54% people across the globe are suffering from various skin diseases and people are becoming health conscious and focusing on maintaining healthy skin conditions, thus the demand for moisturizers is projected to increase, which, in turn, may also increase the demand for CBE in manufacturing the product.

Cocoa butter is one of the core raw materials required for manufacturing chocolates. However, from the past few years, it has been witnessing huge fluctuation in prices. This fluctuation has increased the overall production cost and final product prices. The prices of cocoa butter are dependent on various factors such as production volume, demand-supply gap, and import quantity from the U.S. and European countries. To control production cost, manufacturers are more likely to prefer CBE over cocoa butter. For instance, in 2012, cocoa used to cost USD 3600/ton, which reached USD 6800/ton in 2018.

Shea butter is accounting for 29.7% market share in the forecast period

Shea butter is widely used as one of the major cocoa butter equivalents in chocolate manufacturing owing to its favorable physical and chemical characteristics such as texture, high shelf life, high melting point, and cost-effectiveness.