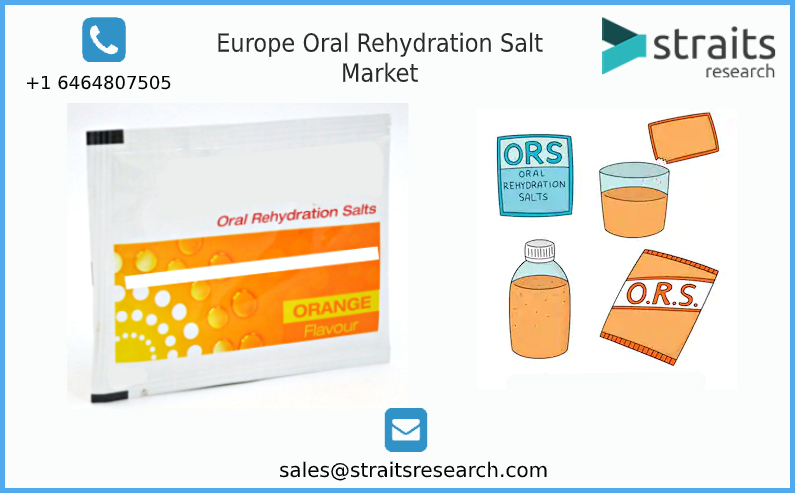 Oral Rehydration Salt (ORS) is the first line treatment for dehydration that may occur due to diarrhoea, excessive exercise, and sports activities, among others. Hence, the product is majorly used by the athletes and people involved in the heavy exercise to recover salt and water losses. Moreover, ORS is also used by travellers to prevent diarrhoea during traveling. However, it is necessary to make a clear distinction between the two ORS products used for the treatment/prevention of dehydration. WHO has standardized the ORS formula and manufacturers are bound to follow the same for product development as most of the population is using the product without a prescription. This is done to avoid any adverse effect on the consumer. Moreover, it is mandatory to follow the national standard dose to in all packets or sachets in order to avoid confusion and reduce the risk of over concentration, or under concentration.

Availability of a Variety of Dosage Forms

Oral rehydration salt is available in various dosage forms such as powder, tablet, and liquids. Treatment of diarrhoea, certain medical conditions, and sports activities are some of the major areas where ORS is heavily consumed. Currently, the demand for ORS varies as per the dosage forms. For instance, athlete’s demand ORS tablets, people having medical conditions prefer powder, and liquid is mostly preferred during traveling. Additionally, all these forms are available in a variety of flavour that attract more consumers. Almost 16,000 deaths in Western, Eastern, and Central part of Europe were collectively reported due to diarrhoea in 2016. Today, the number has significantly reduced due to increasing consumption of rehydration product and drinks. Furthermore, a new advancement in the dosage forms, such as ready-to-drink ORS liquid (Ceralyte) launched by Care Products Inc. in 2017, is expected to boost the market growth in the coming years.

In application segment, Diarrhoea is accounting for the largest share in the forecast period

Based on application, the market is segmented into Diarrhoea and others. In many developing countries, acute Diarrhea disease is one of the leading causes of death in infants and young children. In most of the cases, dehydration is the key reason for death. Moreover, Diarrhea is one of the important causes of nutritional loss and poor growth. For instance, UNICEF has estimated that two decades ago Diarrhea caused 5 million deaths.

However, successful government efforts in preventing and treating dehydration has helped to restrict this number to 2 million deaths. Thus, in such cases, dehydration in Diarrhea can be prevented in all age groups by providing extra fluids and electrolyte of ORS. Moreover, finding from the study suggest that, low glucose and sodium ORS formulation lowers the need for intravenous fluids by approximately 33%. WHO/UNICEF formula ORS cost only a few cents and are available in almost all countries in the world.