Global Manure Separator Market: Efficient Manure Management is More Imperative Than Ever Before, With Cattle Population Hovering Around the Billion Mark Since a Decade 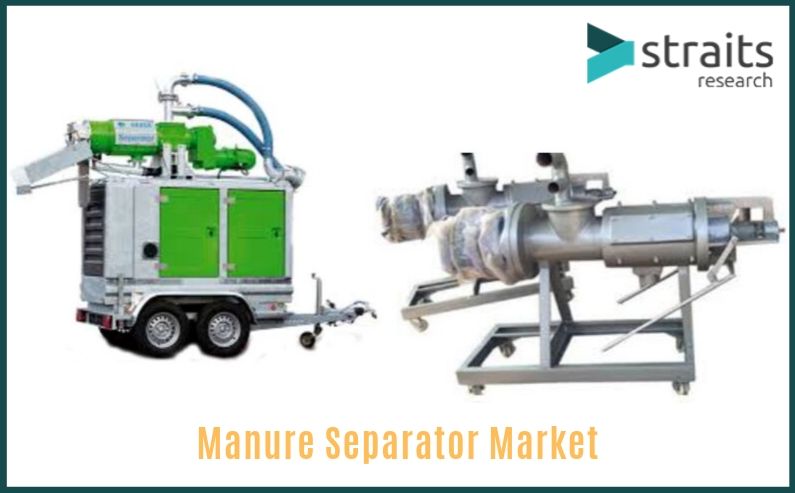 Manure Separators are used to separate manure from sand particles and other impurities in order to increase manure density. They also separate solid manure and semi-solid manure. Growth in livestock farming activities and the need for efficient farming practices are fueling the demand for intelligent manure management, which will is accelerating the demand for manure separators.

Cattle manure management plays an important role in the manure separator industry as cattle manure is extensively used to improve soil’s biological activity and chemical properties as it contains beneficial bacteria that convert nutrients into easily accessible forms, facilitating their slow-release without burning tender plant roots. Camel, sheep, poultry, and goat farms are the key sectors where manure separators can be adopted. According to the National Chicken Council, more than 9 billion broiler chickens were reared in 2018. The subsequent upsurge in chicken manure presents a growth opportunity for the manure separator market.

The U.S. & Canada Will Drive the Most Prominent Growth in North America

In the U.S., public and private schemes for certified organic food have flourished to the point that they’re compelling authorities to establish federal rules and control systems such as usage of manure imported from conventional farming allowed by National Organic Program (NOP) standards to guarantee consumers’ confidence in organic products. According to Worldatlas, with a total of 2,178,471 hectares, the U.S. has the largest land areas among North American countries. As per the Canadian Cattlemen's Association, Canada’s cattle industry generated USD 8.9 billion in farm cash receipt and during 2013–2017, cattle and calves were the largest revenue makers for farms. Manure separators, attributing to their ability to reduce odor and produce easily manageable nutrient-rich, solid manure, are thus an ideal solution for livestock breeders with large farms.

The demand for manure separators in Europe is expected to rise in tandem with the region’s dairy farming sector. According to Eurostat, Europe’s cattle counts was pegged at approx. 23.06 million in 2010. The high cost of farm hands and a shortage of labor in the region are compelling farmers to opt for farm automation. According to Switzerland’s Federal Statistical Office, the country has around 1.54 million cattle farms and 1.41 million pig farms. The sheer numbers are indicative of the country’s potential for the adoption of farm automation equipment such as manure separators.

In Asia-Pacific, dairy farming plays an important role in providing employment and has become a secondary source of income for millions of rural families, especially in developing nations such as China and India. The region’s high cattle head count presents a lucrative opportunity for the adoption of manure separators.