Increasing number of Breweries in U.S is Facilitating the Growth of the Global Chocolate Beer Market 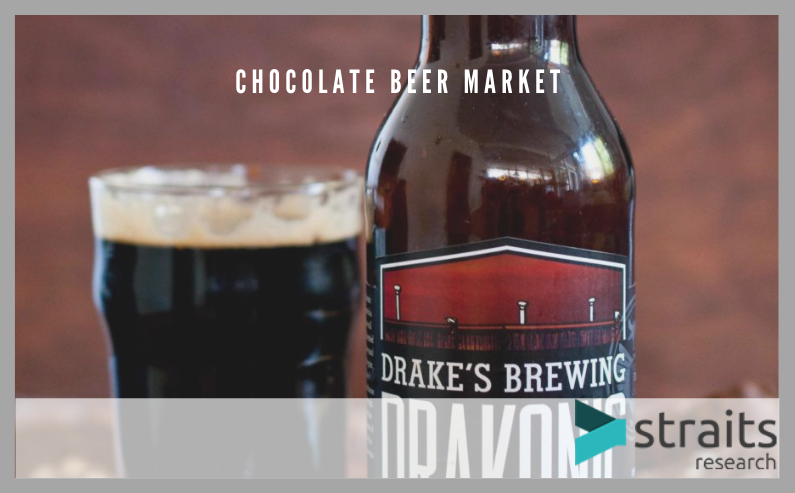 beer can be an ale or lager that is benefited from the addition of any type of chocolate or cocoa. Dark chocolate is mainly effective in lowering LDL cholesterol almost by 10% which is referred to be the substantial reduction. However, moderate consumption of beer can safeguard human health, improves the immune, and protect the bones. Rising popularity of flavored beers and ciders across the globe is likely to support the chocolate beer market growth in developed regions.

The increasing demand for among young population is lightning the market growth. Beer is considered to be the third most popular drink among the rising population. Increasing young population, leaning towards flavored beers due to changing taste preferences and increasing disposable income in the developing regions including Asia Pacific.

North America market is expecting a strong growth as a result of increasing demand for the chocolate beer products, especially in the U.S. and Canada. Additionally, growing demand for craft beer products from millennial population and rising number of craft breweries in the region are adding fuel to the market. For instance, in December 2017, the over 6,000 breweries were present in the U.S. In addition, over 83% of the population lives within 10 miles from a local brewery. According to the Beer Canada, the number of operational brewing facilities across the country raised by 17.6% from 695 in 2016 to an all-time high 817 in 2017.

Europe is expected to dominate the market during the forecast period 2018–2025 owing to the increasing consumption of beer, strong economic condition, and high number of breweries.

Asia Pacific (APAC) is expected to be the third largest chocolate beer market owing to increasing population and rising tendency of consumers to spend more on alcoholic beverages. LAMEA is expected to have the steady growth during the forecasted period owing to religion restrictions and poor economic condition.

On the basis of packaging material, the market is segmented into glass, paper, metal, and others. The glass segment is expected to dominate the market owing to increasing demand for chocolate beer from various countries.

By distribution channel, the market is segmented into on-premises and off-premises.