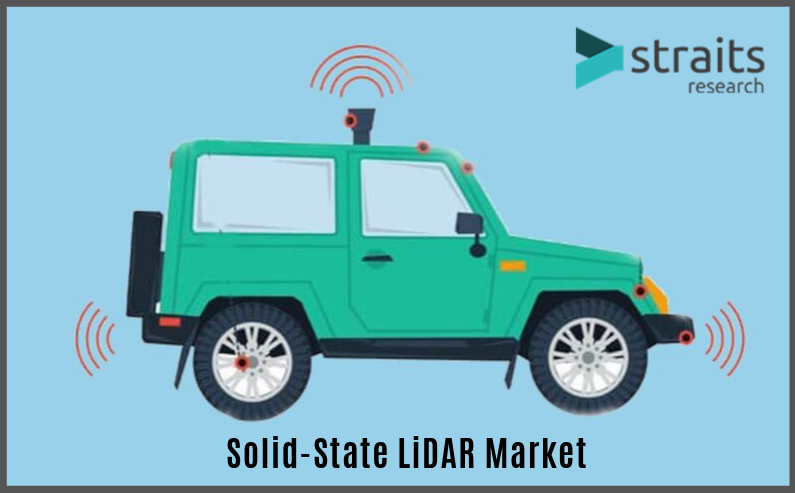 Solid-State LiDAR technology is a sensor used for mapping, object detection and identification, and navigation without relying on lighting conditions.

For instance, several car manufacturers, such as Bosch, Audi, Delphi, Continental, and Mercedes-Benz are emphasizing on R&D activities for autonomous driving concept and advanced driver assistance system in the vehicle.

Extensive Use of Drones Equipped with a Solid-State LiDAR System

Factors such as an increase in UAV venture funding, technological developments, and growing drone applications in commercial sectors — 3D mapping, aerial view, drone delivery, are projected to fuel the aerial drones segment. According to the Federal Aviation Administration (FAA), the number of small drones registered in the U.S. is around 1.1 million units in 2017.

The demand for the solid-state LiDAR technology in the automotive market has been growing considerably and anticipated to drive the autonomous vehicles segment. Based on location, the automotive LiDAR sensors can be divided into headlight & taillight, bumper & grill, roof & upper pillar, and windscreen & rearview mirror. Furthermore, increasing concern regarding environment protection, surging sales of electric vehicles, and favorable government initiatives to bring forth green vehicle has boosted the market significantly. In September 2017, AEye Inc., — a  technology company involved in the development of advanced vision hardware and software solutions, announced the completion of a successful live demo of its 360° solid-state LiDAR system for autonomous vehicle application. It is a first commercial solid-state LiDAR system capable of 360° coverage and real-time software configurability.

Europe holds the largest market share, followed by North America, Asia-Pacific, and LAMEA. Some of the factors driving the solid-state LiDAR market growth are surging popularity of autonomous vehicles and the increasing investment to bring in new & advanced technology. Additionally, favorable reimbursement policies, the presence of automotive manufacturers, and the vast population base in Europe are the market determinants during the forecast period, 2019–2026. The automotive industry has been disrupted by several game-changing technologies over the last few years, which include driverless car prototypes and Automotive ECU (Electronic Control Units).