The Wave of Industrial Automation Across Automotive and Manufacturing Sectors Will Drive the Computer on Module Market During Forecast Period, 2019–2026 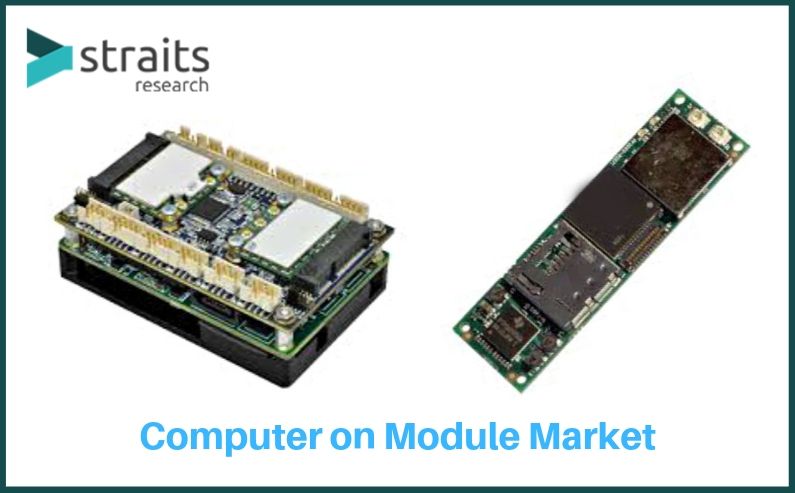 Energy consumption in the industrial sector is a prime concern for green computing research. According to the U.S. Energy Information Administration, the industrial sector accounted for about 54% of the world’s total delivered energy and is projected to increase by an average of 1.2% per year from 222 quadrillion British thermal units (Btu) in 2012 to 309 quadrillion Btu in 2040. Power consumption is an important characteristic of a computer-on-module system; a computer-on-module is a complete computer built on a single circuit board incorporating a microprocessor(s), memory, and I/O as well as a multitude of other features required by a functional computer. Unlike modern computers, a computer on model system does not require additional memory or storage in order to boot. In addition, it eliminates the need for thread power cables and globule of thermal compound. computer on module systems offer low/ultra-low power solutions, compact, and low-profile architectures, and expanded temperature options and longevity.

Ubiquity of Computer on Module Systems in Transportation

The transportation segment held a value share worth USD 110.54 million in 2018 and is expected to grow at a CAGR of 8.8% during the forecast period, 2019–2026. The range of computer-on-module systems is as broad as the variety of means of road, rail, water, and air transport. Computer on module plays an important role in (rail) vehicles, ships, and airplanes, on the wayside, and in PoS and kiosk systems at airports, train platforms, and bus stops.Enlarged reality navigation, walk-by ticketing, check-in machines for luggage, autonomous driving, and seamless video surveillance during travel and at stops as well as wayside servers for smart traffic routing are some of the transport applications in which computer-on-module are ubiquitous. Companies such as Congatec AG, Kontron, and ADLINK Technology provide numerous computer-on-module products for the transportation sector and help OEM time-to-market and meet cost of ownership goals.

The strong presence of many key vendors in North America provides an impetus to market growth in the region. Players have adopted the strategy of new product launches to enhance their business in the computer-on-module market. In Europe, Germany, the U.K., and France have a large number of automotive and other manufacturing companies, which propel the adoption of computer-on-module in industrial automation. The European healthcare market is rapidly transforming, driven by the Internet of Things (IoT) and its focus on connectivity, security, scalability, and sustainability. The evolving healthcare industry is slated to drive the growth of the computer-on-module market during the forecast period, 2019–2026. In October 2018, Congatec AG, a leading supplier of industrial computer modules, introduced a new computer-on-module for entry-level high-end embedded computing based on Intel’s® latest Core™ i3-8100H processor platform.