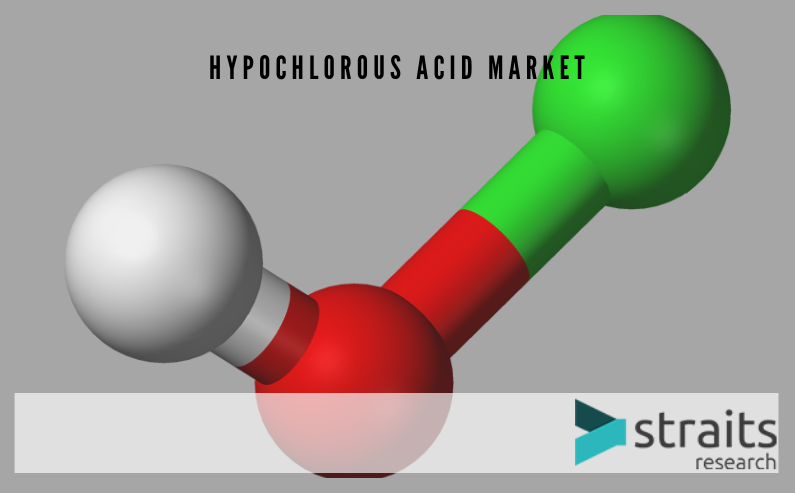 Sodium hypochlorite, a type of hypochlorous acid, is commonly referred to as liquid chlorine bleach. In North America, it is widely used as laundry bleach and a household cleaner. Ever-growing population, growing consumer awareness regarding the need to maintain personal health and hygiene, and the inclination towards personal grooming among the youth are expected to upsurge the demand for sodium hypochlorite as a bleaching agent in the laundry industry. As per statistical data released by the Coin Laundry Association, currently, there are about 29,500 coin laundries in the U.S., which generate nearly USD 5 billion in gross revenue annually.

Increasing water contamination at a domestic, municipal, and industrial level has led to an upsurge in the demand for water treatment over the past few years. According to the World Bank, nearly 783 million people lack access to safe drinking water, 2.5 billion people lack adequate sanitization, and a considerable portion of the world’s population suffers from water-borne diseases, globally.

Geographically, the global hypochlorous acid market has been segmented into North America, Europe, Asia Pacific, and Latin America and the Middle East & Africa.

North America is expected to witness significant growth during the forecast period, owing to robust marketing and research. With an increasing number of commercial and residential swimming pools and growth of associated businesses such as swimming pool water treatment, the U.S. is pegged to be a key consumer of hypochlorous acid.

Asia Pacific is pegged to be the fastest growing market for hypochlorous acid, back by population growth and rapid urbanization. The region has a huge industrial sector, which generates a significant amount of industrial waste that is discharged in water. Thus, Asia Pacific’s water treatment industry presents a lucrative opportunity for the hypochlorous acid market. The region also registers high demand for disinfectants, which will further provide impetus to market growth.

The Middle East & Africa region is expected to witness steady growth during the forecast period, owing to the growing use of hypochlorous acid as an oxidizing agent in the region. Environmental regulations imposed by government agencies in response to rising water security issues across the region are also expected positively influence market growth.

Latin America is expected to witness noteworthy growth during the forecast period, owing to the strong demand for basic infrastructure, coupled with the regional governments’ commitment towards funding water treatment projects. According to the Development Bank of Latin America, the estimated investment required to meet water infrastructure demand in Latin America will amount to 0.3% of the region’s GDP until 2030.

Among all regions, Europe is expected to witness relatively slow growth during the forecast period, owing to the region’s stringent regulatory framework.

The global hypochlorous acid market can be segmented by type, application, and end user.

Based on application, the market can be segmented into sanitizing agent, disinfecting, oxidizing agent, and others. The oxidizing agent segment is expected to witness substantial growth, owing to the widespread contamination of various water sources around the globe. Increasing environment-consciousness among the population and demand for ready-to-use disinfectant and sanitizing products collectively drive the demand for hypochlorous acid in the market.

Based on end user, the market can be segmented into water treatment, textile, and other industries. The textile industry is expected to hold a prominent market share by end user as hypochlorous acid is vastly used as an oxidizing agent and a bleaching agent in the industry. Further, hypochlorous acid is also used in the water treatment industry as an active sanitizer.