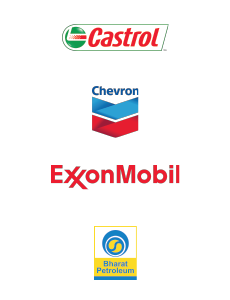 The demand for vehicles such as motorcycles and scooters is increasing with rising disposable income, and subsequently, the demand for engine oil is on an upward trend. The steady rise in automobile sales, particularly in emerging countries, is fueling the growth of the Asia two-wheeler 4T oil market.

The growing use of two-wheelers as the primary mode of transportation, increasing mobility due to urbanization, aspiration to possess a vehicle, and growing demand for goods carriers from small and medium scale business are driving the demand for scooters and motorcycles, which is positively influencing the growth of the Asia two-wheeler 4T oil market.

Contemporary engine designs are the result of continuous improvisation toward excellent performance, higher efficiency, and compliance with standard environmental emission regulations from engine oils, which are satisfied by the 4T engine oil. The oil ensures the easy ignition of the vehicle with less fuel consumption as well as less wear. Additionally, the oil not only enhances vehicle performance but also protects gears from corrosion, facilitating easy gear shifts.

Advanced technology and research and developmental activities have created a platform for electric vehicles, which will reduce greenhouse gas emissions and harsh environmental impacts on road transport and preserve natural and sustainable energy resources. As per the International Energy Agency, over 750,000 electric cars were sold in 2016, and the global electric car stock grew to more than 2 million. Globally, key motor manufacturers are focusing on exploring numerous opportunities. For instance, Ford has recently announced a plan to invest USD 11 billion in electrification by 2022, while every Volvo from 2019 will have an electric motor. This factor directly can have a negative impact on the growth of the 4T oil market and may restrict further market expansion.

There are three key types of 4T engine oil, namely synthetic oil, semi-synthetic oil, and mineral-based oil. Based on type, the mineral-based oil segment accounts for the largest value share, followed by the semi-synthetic 4T engine oil and synthetic 4T engine oil segments.  Mineral-based oil, a basic form of oil, is most commonly used in a majority of the vehicles. It is a refined petroleum oil treated to perform across a wide temperature range and reinforced with other additives to comply with the specific requirements of a two-wheeler. Mineral oil-based lubricants offer better solubility with additives and enhanced compatibility with seals. Additionally, they are cost-effective than the other two varieties of oil.

The Asia two-wheeler 4T oil market is witnessing steady growth on account of a prospering automotive industry and rising demand for automobiles from the urban population. As per the U.S.-based consultancy firm Kline & Co., the emphasis on fuel economy and modernized vehicle practices drive the demand for synthetic, high grade, and lighter viscosity lubricants in Asia. With a growing population, the demand for automotive lubricants is expected to uplift and reach almost half the global demand.

China led the Asia two-wheeler 4T oil market in terms of consumption with a total share of 55% in the year 2017. The market in China was valued at USD 1,679 million in 2017 and is projected to reach USD 2,541 million by 2025, with a CAGR of 5.4%. The automotive industry in China has experienced significant growth in the last decade, owing to rapidly growing vehicle sales. Expanding vehicle production and increasing disposable income are projected to drive the China four-stroke engine oil market during the assessment period.

Royal Dutch Shell plc. is one of the leading players in the Asia two-wheeler 4T oil market owing to its strong revenue, product portfolio, and geographical presence? The company pursues a number of strategies, expansion being one of the notable ones. In November 2017, Shell opened a lubricant and grease production plant in Singapore, which can produce 430 million liters of lubricant each year. The production facility — the second largest in Asia-Pacific and the third-largest in the world — helped Shell strengthen its marine lubricant business as Singapore is the World’s second-busiest port. In May 2018, Shell Brasil Petroleo, a subsidiary of Shell, won a new four deep-water exploration block, making 18 blocks operational offshore Brazil.

Exxon Mobil Corporation undertook three consecutive expansion plans, two in 2017 and one in 2018.

Which is the leading segment in the Asia Two-Wheeler 4T Oil Market?

Mineral-Based Oil Segment is expected to be leading segment in Asia Two-Wheeler 4T Oil Market during the forecast period.

How much is the Asia Two-Wheeler 4T Oil Market worth in the future?

Growing use of two-wheelers as the primary mode of transportation, increasing mobility due to urbanization, aspiration to possess a vehicle, and growing demand for goods carriers from small and medium scale business are the key factors expected to drive Asia Two-Wheeler 4T Oil Market during forecast period.

Which region is expected to hold the highest market share in the Asia Two-Wheeler 4T Oil Market?

Who are the active players in Asia Two-Wheeler 4T Oil Market?

What was the value of Asia Two-Wheeler 4T Oil Market in 2017?