Sodium carbonate, commercially known as soda ash, is an odorless white powder refined from naturally occurring sodium carbonate brines or mineral trona ores. It is stable and not flammable, explosive, or toxic. Soda ash, among other applications, is used in glass manufacturing. Rapid industrialization and urbanization driving the growth of industries, such as building and construction, automotive, and food and beverage, will also propel the demand for glass across these industries. Soda ash is also used in manufacturing of synthetic detergents and fertilizers. The increasing demand for these products, especially in countries such as China and India, is expected to augment the market in the coming years.

Soda ash production emits greenhouse gases, such as CO2 and SOx. With 60MT of soda ash produced per year, the industry emits 58MT of CO2. Thus, stringent regulations in western markets such as North America and Europe restrict the use of synthetic soda ash, which is expected to limit market growth during the forecast period. Further, increasing geopolitical disputes have muddled up the demand and supply chain between various countries, leading to fluctuations in soda ash prices. Instability in prices also hinders market growth to some extent. 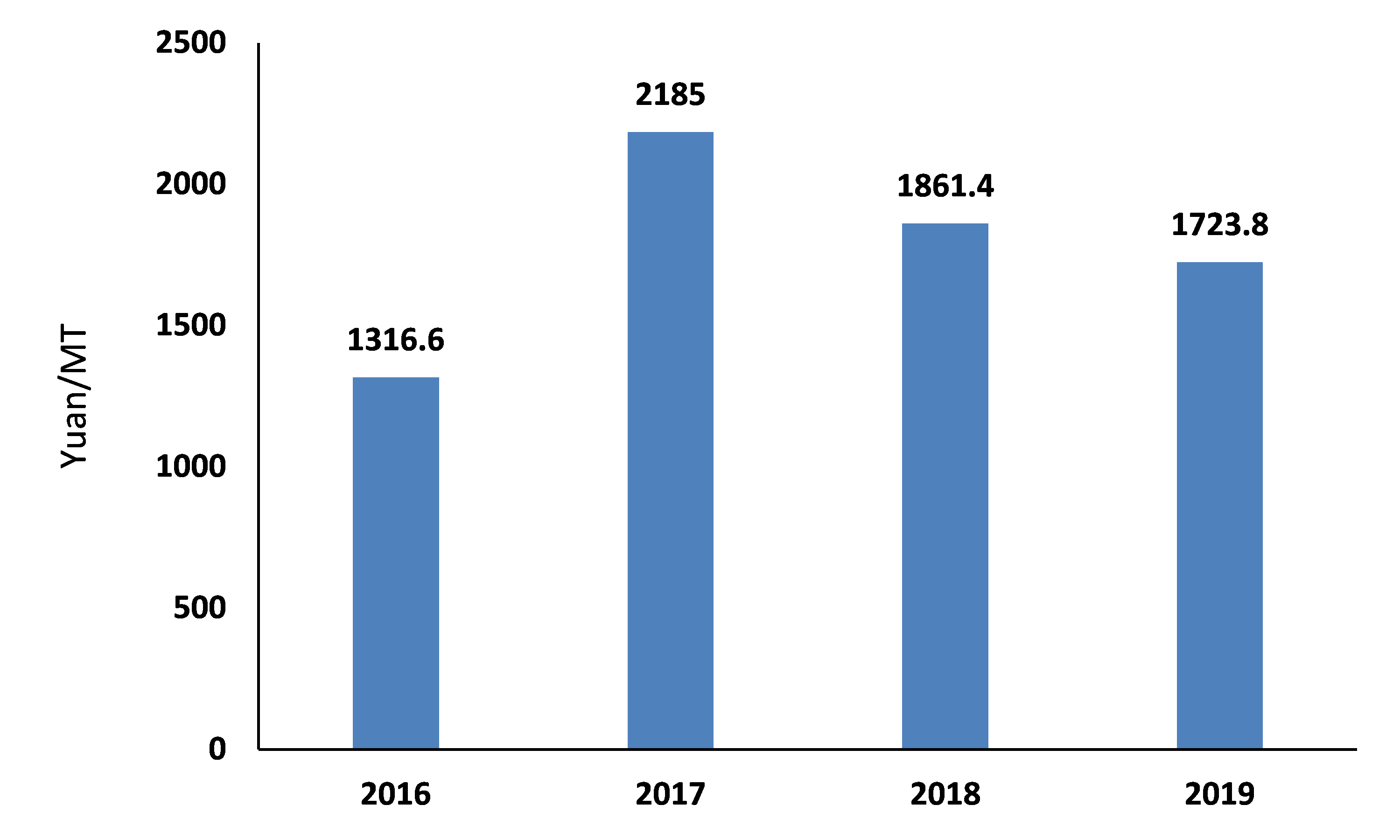 The soda ash produced from the mineral trona or naturally occurring sodium carbonate-bearing brines is referred to as natural soda ash, whereas soda ash produced from the chemical processing of sodium carbonate is referred to as synthetic soda ash. Natural soda ash is preferred by industrialists for various applications as it has relatively lower production costs and a lower environmental impact. Synthetic soda ash consumes more energy and releases more carbon dioxide compared to natural soda ash.

Applications of Soda Ash across Industries

Soda ash’s ability to reduce the temperature drives its application in the glass industry for manufacturing the most common type of glass, soda-lime silica glass, which is extensively used across building and construction, automotive, and food and beverage end-use industries. Rapid industrialization and urbanization propel the global market by driving said industries. And since glass is extensively used in these industries at a significant rate, the growth of these industries will also fuel the demand for glass in the upcoming years.

More than 40% of the total soda ash produced around the globe is used in glass manufacturing, which makes the glass manufacturing segment the largest shareholder in the global soda ash market. As per World’s Top Exports (WTEx), China was the largest exporter of glass products, with exports valuing around USD 16.9 billion, accounting for around 22% share of global glass exports. Germany, the U.S., and France were next in line with around 10.1%, 7.6%, and 4.6% shares of global glass export. 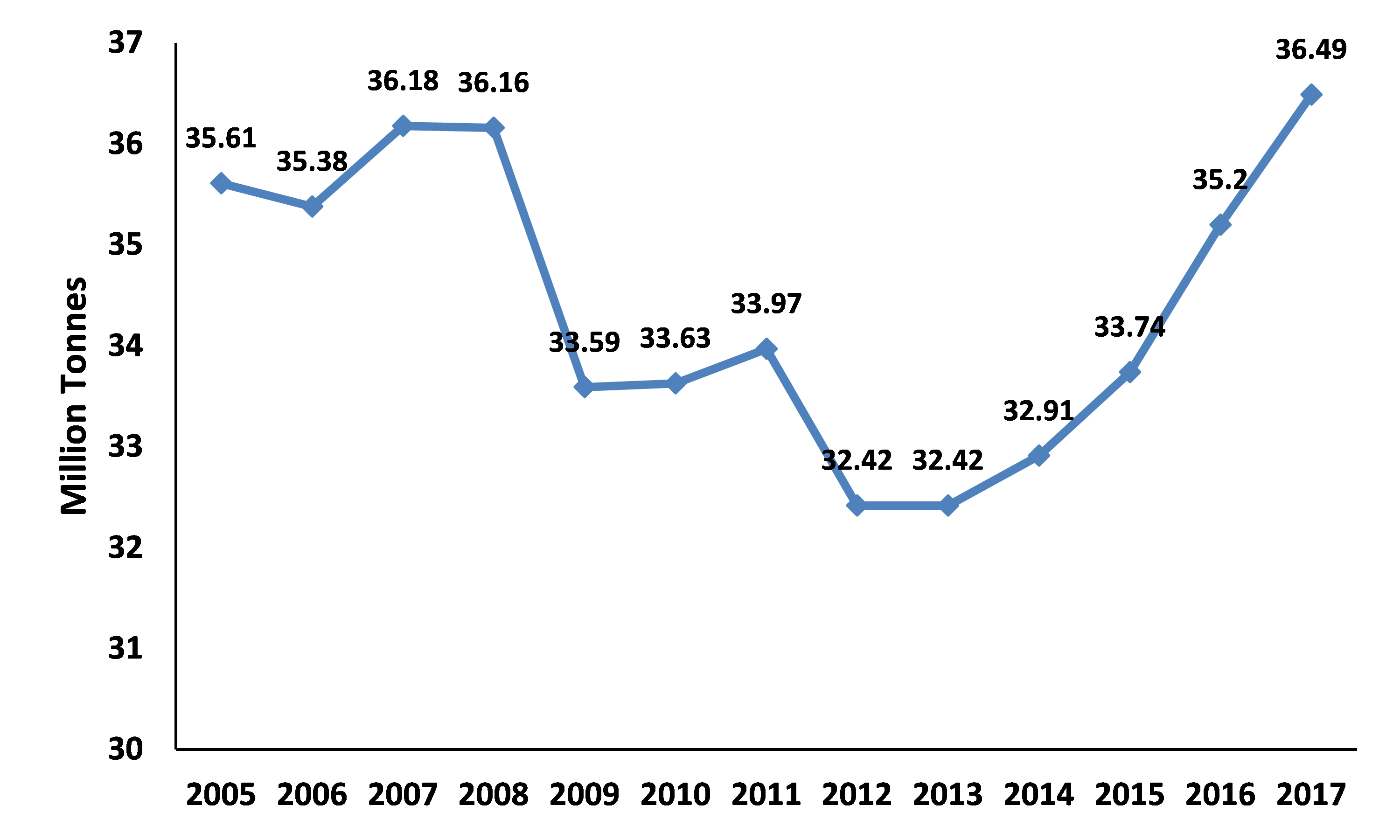 In the metal processing industry, sodium carbonate is used to remove or de-clarify phosphates and sulfurs from non-ferrous and ferrous ores, such as iron and steel, to give fluidity to slag and smoothen blast furnace operations. It is also used in plating gold and platinum and recycling aluminum and zinc. Rapid technological changes are paving new markets for metals, which is further fuelled by the demand for new and advanced materials. The rapidly increasing building and construction activities around the globe are accelerating the demand for high-quality metals. Thus, to meet this demand, metallurgists in the metal processing industry are using soda ash to deliver high-quality metals.

In the waste and water industry, soda ash is primarily used to reduce soluble calcium and other chemicals that cause non-carbonate hardness. At the rate the population is growing at present and misusing water, it is likely that in the coming years, water scarcity will be a crucial problem. As the number of sufficient available water resources is decreasing, industry experts around the globe are trying to meet the growing demand by setting up new waste and water treatment plants to provide drinkable water to inhabitants. Globally, around 90% of water and sanitation systems are publicly owned. These experts are further trying to acquire small utilities to consolidate their business and meet the rising demand for pure water.

Soda ash is also used in the formulation of soaps and detergents. Changing consumer habits and inclination toward a healthy lifestyle are favoring the growth of the detergents and cleaning products industry. Today, individuals are placing equivalent importance to a clean home and clean clothes as their health, which has increased the demand for synthetic detergents across markets. In the synthetic detergents and fertilizers segment, Asia-Pacific is expected to be the fastest-growing market, surpassing North America and Europe, where the market has already reached its saturation value.

In the pulp and paper industry, soda ash is used in the pulping and bleaching process and the neutralization of effluent streams. Despite the increasing digitalization around the globe, the demand for paper continues to rise, primarily driven by the increasing literacy rate worldwide, especially in emerging economies, such as China, India, and Brazil. Growing consumerism, modern retailing, and the increasing number of schools in rural areas are expected to further accelerate the demand for paper across these economies. Further, the exponential growth of e-commerce in recent years has created new avenues for the paper and pulp industry where paper is used in packaging.

What is the key factor driving Soda Ash Market?

Rapid industrialization and urbanization, are the key factors expected to drive Soda Ash Market during the forecast period.

Who are the active players in Soda Ash Market?

Which region is expected to hold the highest market share in the Soda Ash Market?

Which is the leading segment in the Soda Ash Market?

Glass Manufacturing Application Segment is expected to be the leading segment in Soda Ash Market during the forecast period.