Desalination is a process of separating dissolved salts and other minerals from different water feed. In recent years, the rapidly increasing population and rising temperatures across the world have put tremendous pressure on the freshwater sources. The surging demand for freshwater across the globe, increasing levels of water pollution, and depleting groundwater reserves are some of the factors driving the market growth. And since the water available for drinking is too less to meet these rising demands, water purification has become the need for the hour. Desalination is the most effective way to meet these rising demands; thus, governments and environmental organizations are focusing on adopting desalination.

By technology, the reverse osmosis (RO) segment dominates the water desalination equipment market during the forecast period. In reverse osmosis, the saline water solution is passed through a semipermeable membrane in order to separate water from the dissolved salts. These semipermeable membranes filter the salt molecules, further resulting in the production of freshwater. The key factor favoring the growth of the segment is the fact that the RO technology can be used for treating all types of water feed, are easy to process, and consumes comparatively less power.

By product, the membrane systems segment spearheads the water desalination equipment market during the forecast period. The low installation cost, a wide array of applications, and minimum use of chemicals in these membrane systems have given them the upper hand over other desalination equipment in the market. Additionally, these systems are primary ingredients in reverse osmosis technologies, which is further witnessing a growth in its demand across various end-use industries, especially wastewater treatment.

The rising economic growth across the world has encouraged industrial activities, which is further driven by the increasing demand of individuals for various industrial products. Thus, to meet this demand and expand their business, the manufactures across various industries are aiming to expand their production facilities, further driving the market growth.  It is paramount for the manufacturers to desalinate the water to mitigate the damage caused by saline water to the industrial equipment, such as heat exchangers and boilers.   Additionally, the stringent regulations imposed by the government regarding the release of effluent water from the industries to the water bodies is another factor that is compelling the manufacturers to deploy water purification and desalination technologies.

Increasing population, changing water consumption patterns, and depleting freshwater reserves are anticipated to be the key drivers for the market growth in the municipal sector. Rapid urbanization has surged the demand for clean water across the cities. However, as water paucity is a problem that affects over 40% of the global population, the decreasing quality of drinking water has become an issue. As per the World Health Organization (WHO), around 3.4 million people die annually from water-related diseases. This has compelled the governments across the globe to impose stringent regulations pertaining to the availability and water quality across the residential sectors. The governments are also focusing on establishing more water treatment plants in the municipal sector, further driving the market growth. 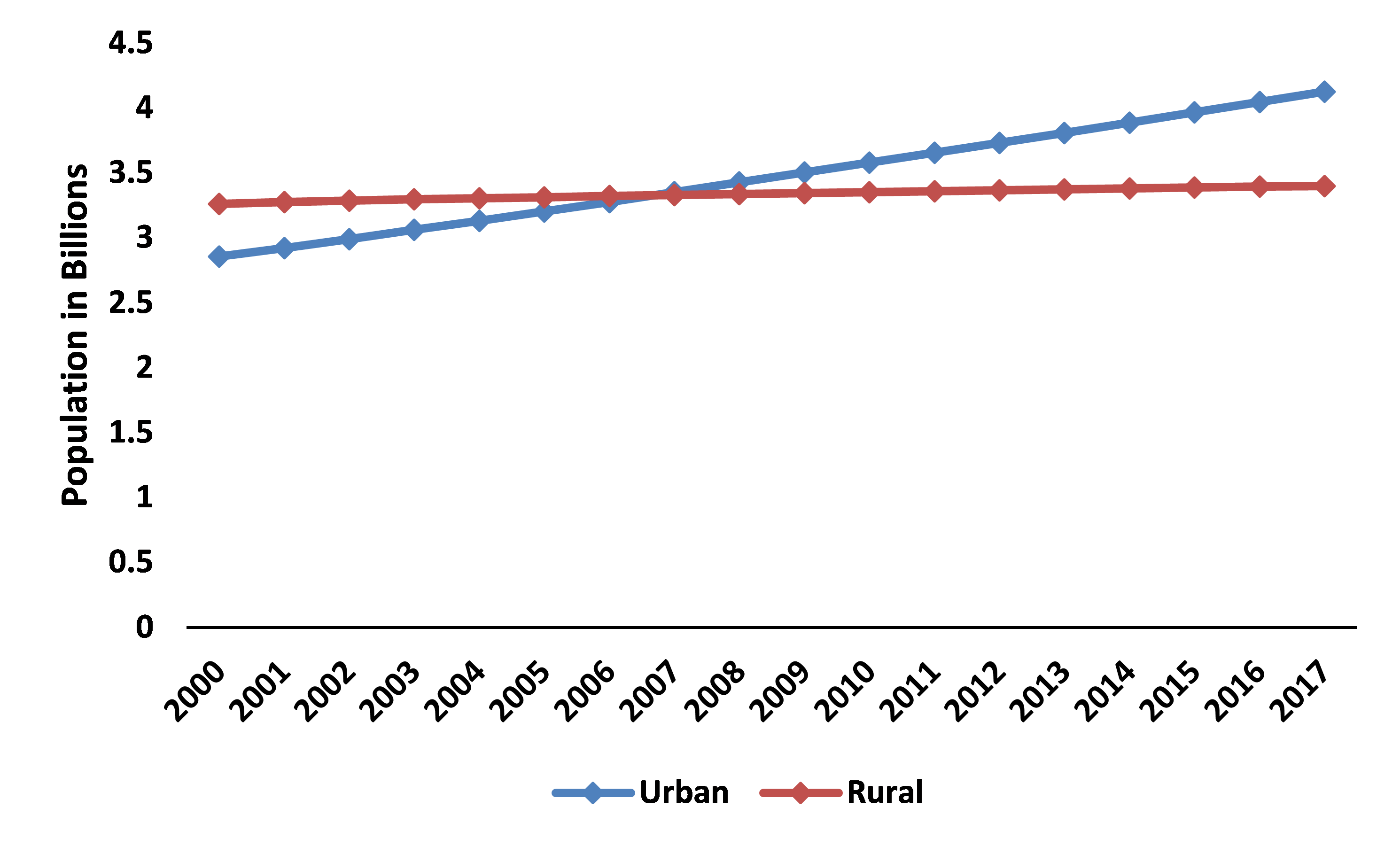 Asia-Pacific is anticipated to dominate the water desalination equipment market during the forecast period on account of the increasing demand for clean water among the ever-growing population of the region. As urbanization is a megatrend in the region driven by the improving GDP per capita and infrastructure development, the region is witnessing a rapid shift from the rural to the urban areas. This sudden change in the growth patterns has placed the cities into unsustainable water consumption models, resulting in the surging demand for clean water supplies. Thus, to meet these demands, the government organizations across the region are now focusing on the installation of more water treatment facilities to provide individuals with drinking water. 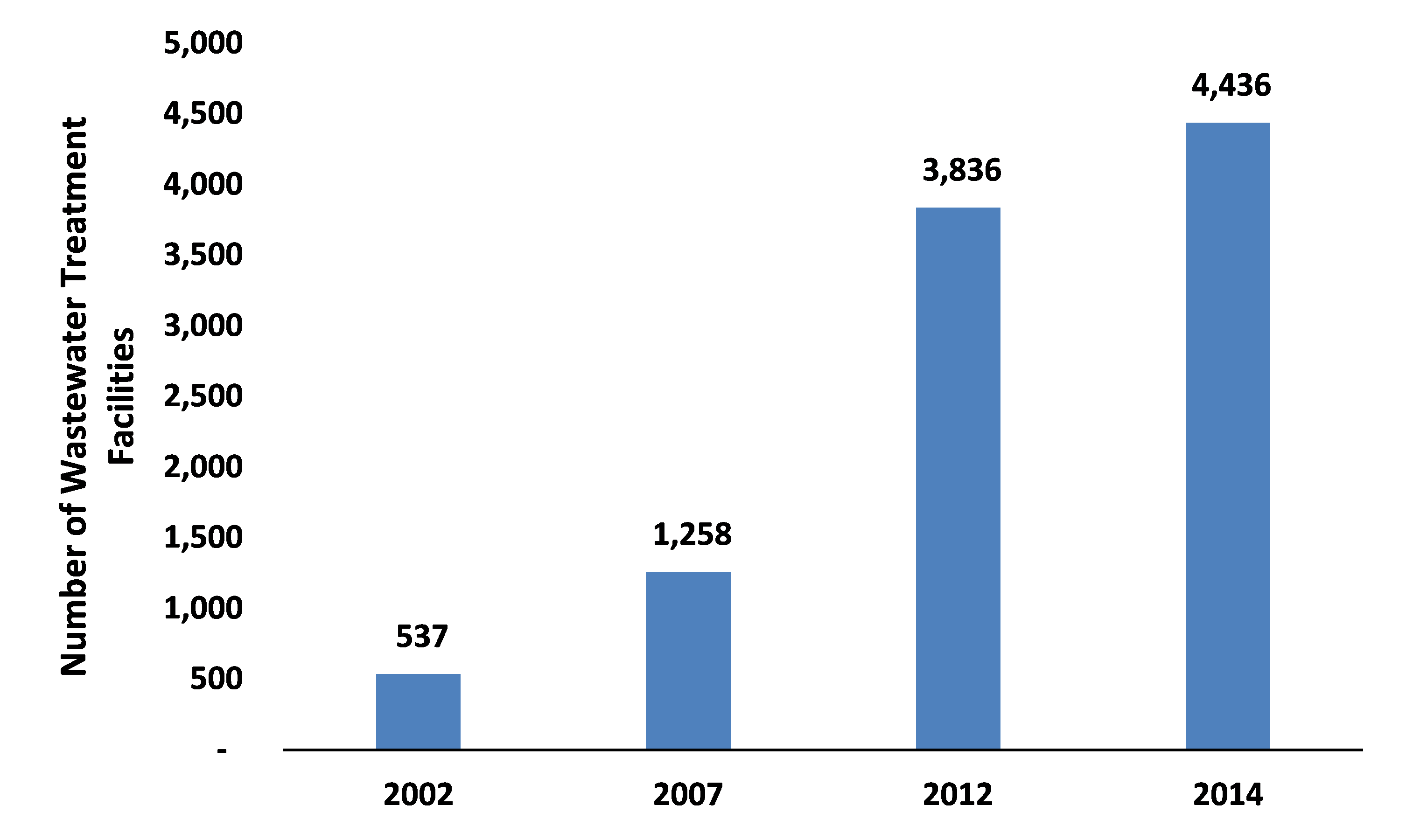 Additionally, the region has one of the largest agriculture sectors, which meets the demand for more than two-thirds of the world’s population. And since this demand is continuously rising, the farms in the region are also focusing on increasing the yield. However, the use of fresh water for irrigation purposes is depleting the water resources and resulting in water scarcity across rural areas. Thus, the government organizations across the region are deploying water treatment facilities that will enable the farmers to meet the water demand for irrigation through saline water resources.

North America holds a significant share in the water desalination market on account of the increasing concern regarding the rising water pollution levels, water scarcity, changing climatic conditions, and the growing population. For instance, California witnessed one of the worst droughts in history between the years 2011 and 2017, which resulted in a death toll that rose to 62 million people in 2016.

Thus, to address these issues, the regional government is focusing on the adoption of various water purification and desalination technologies across the industrial and municipal sectors that allows the individual to access recycled water for drinking and irrigation purposes.  Also, the stringent regulations set by various governmental and environmental organizations, such as the Environmental Protection Agency (EPA), regarding the recycling and release of effluent from the industry drive the market growth.

Which is the leading segment in the Water Desalination Equipment Market?

Reverse Osmosis Segment is expected to be the leading segment in Water Desalination Equipment Market during the forecast period.

Who are the active players in Water Desalination Equipment Market?

Which region is expected to hold the highest market share in the Water Desalination Equipment Market?

What is the key factor driving Water Desalination Equipment Market?