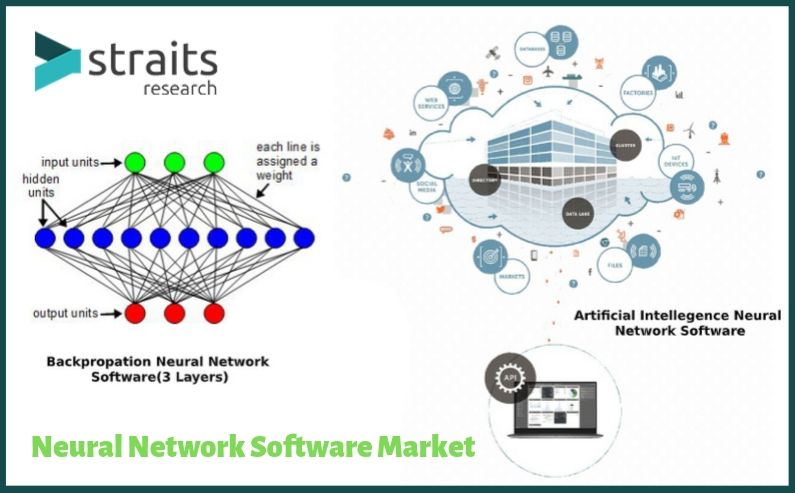 An artificial neural network is a form of artificial intelligence with a series of algorithms that recognizes the relationship between the data sets. It imitates the human brain learning process to solve the complex pattern recognition problems, in particular to analyze large data sets. Some popular types of neural networks are autoencoders, convolutional neural networks, and recurrent neural networks. Neural networks are widely used for real-world business problems involving data validation, customer research, forecasting, and risk management. It is applied across various industries such as marketing, retail & sales, banking & finance, and medicine, among others.

Analytical Software to Demystify the Intricacies Involved in a Surveillance Video

Katana Lens — An AI-Powered Tool, to Bring Forth Decisiveness in Trading

The prevalence of artificial intelligence into the trading systems is propelling the demand for neural network software market in the BFSI industry. Automated trading systems allow computers to monitor and execute trades. For instance, in October 2018, ING launched Katana Lens, an AI tool, that assist investors in finding and comparing trade ideas. The Katana Lens is a web-based application that provides predictive analytics to bond investors for facilitating faster and sharper decisions. Such instances are attributed to influence the finance segment growth in the global neural network software market.

Data continues to diversify and change compelling organizations to embrace predictive analytics. The incorporation of Artificial Neural Network Technology (ANN) in the healthcare sector is proven to be beneficial. For instance, in September 2019, researchers of Organizational Neuroscience at the University of Surrey, developed a neural network approach which can accurately identify congestive heart failure with 100% accuracy through analysis of just one raw electrocardiogram (ECG) heartbeat by using Convolutional Neural Networks (CNN).