Globally, the prevalence of HIV has been increasing at a concerning rate, which is subsequently increasing testing procedures for HIV and the development of anti-HIV drugs with high efficacy and potency. The anti-HIV drug market is one of the fastest-growing markets across the globe. 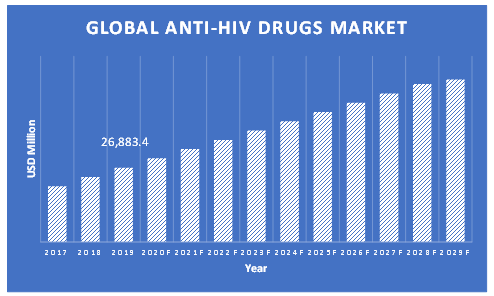 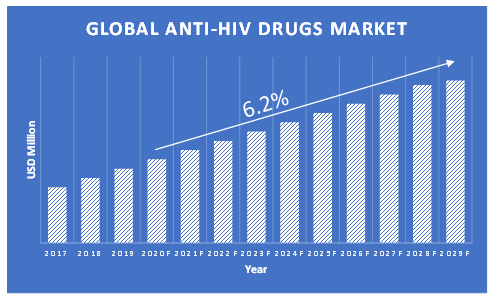 Unavailability of Effective Drugs and High Price of Anti-HIV drugs

In Sub Saharan Africa, the rising prevalence of HIV, unavailability of effective drugs, low income, and the high price of anti-HIV drugs prompt the dire need for affordable anti-HIV drugs in the region. As per the data published by the UNAIDS, globally, around 39.7 million people had HIV, and about 1.7 million people died of HIV in 2018. The disease is highly prevalent in developing and underdeveloped countries due to a lack of adequate prevention measures and treatment facilities. The unmet treatment needs and therapeutics in the Asian and African countries provide lucrative opportunities for market growth. The following table depicts the increasing prevalence of HIV and people receiving anti-HIV therapies globally.

Globally, the prominent market players, such as Gilead Sciences IncSciences, Inc., GSK, Merck & Co., Inc., Roche, Boehringer Ingelheim, are performing extensive research to develop new products to address the growing demand for effective drugs. The players are also leveraging innovative technologies such as cell therapy and immunomodulation for new drug development. The launch of such innovative drugs in the market is creating lucrative opportunities for the anti-HIV drug market during the forecast period. The following graph depicts the pipeline for anti-HIV drugs by Gilead Sciences Incsciences Inc. 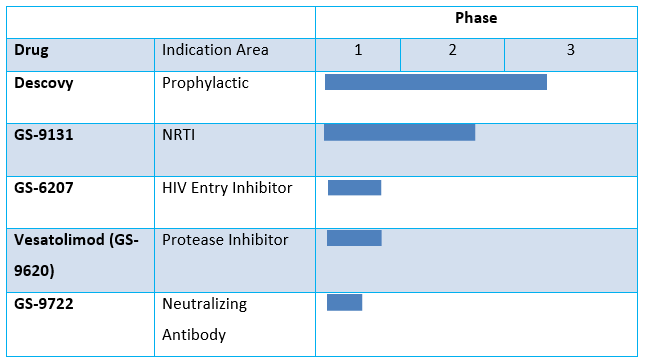 Government Initiatives to Raise Awareness Regarding Diagnosis and Treatment of HIV

Governments and organizations across the globe are actively working to raise awareness regarding HIV and organizing several campaigns to increase community awareness regarding treatment and care. In the U.S., the federal government launched a five-year initiative in 2010, the National HIV/AIDS Strategy, to control the prevalence of HIV and increase access to anti-HIV therapies. In July 2015, the federal government extended the National HIV/AIDS Strategy until 2020.

In India and Brazil, the governments have launched the National AIDS Control Program and the Brazilian HIV/AIDS Programme, respectively, to increase awareness regarding HIV and its treatment options. Thus, increasing awareness about the diagnosis and treatment of HIV is subsequently surging the adoption of effective treatment options, further driving the market growth. The following figure depicts the global and domestic financial resource mobilization in for HIV treatment. 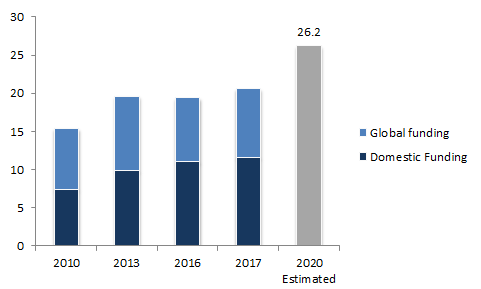 The multi-class combination drugs segment held the largest market share as the HIV treatment requires the combination of anti-HIV drugs belonging to different drug classes. Currently, the U.S. FDA has approved more than 20 drugs, which are commercially available in the market. Single drug therapies often lead to treatment failures due to drug resistance. On the other hand, the multi-drug combinations have better efficacy in inhibiting the multiple aspects of HIV transmission, further driving its adoption across the globe. The multi-class combination drugs can target incoming viral load, virus-infected cells, and cells susceptible to HIV infection, further driving the market growth.

The hospital pharmacies segment held the largest market share in 2018 due to increasing awareness regarding HIV drugs and improving healthcare infrastructure in both developed and developing countries. The hospital pharmacy stores offer easy access to HIV drugs as they supply time-bound medicines for critically ill HIV patients. They also enable hospitals to provide quality anti-HIV drugs by directly purchasing from drug manufacturers, thus avoiding the problem of counterfeit medicines.

The COVID-19 outbreak has placed enormous strain on the global supply of anti-HIV drugs due to disruption in supply chain and drug shortages. Globally, several HIV drug manufacturers are manufacturing medications for the treatment of COVID 19, further hampering the market growth. Prominent players, such as Gilead Sciences Incand Eli Lilly, are arduously working to develop innovative medicines to address the rising prevalence of COVID-29 and expand their product portfolio. In March 2020, Remdesivir developed by Gilead Sciences Increceived orphan drug status from the U.S. FDA. 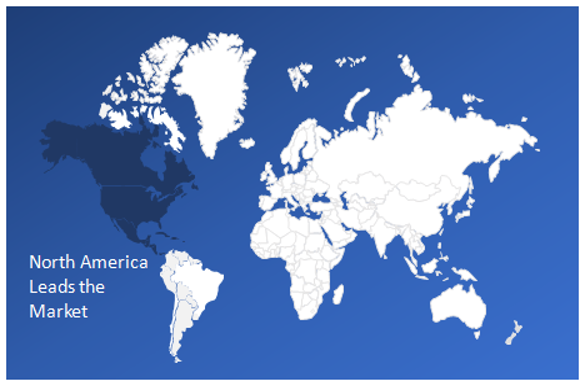 North America dominates the anti-HIV drugs market as the region possesses the presence of leading market players that are actively working to develop innovative drugs with improved efficacy such as Complera by Gilead Sciences Inc. As per the U.S. Department of Health & Human Services, around 1.1 million people aged 13 and above had HIV in 2016. As per the latest estimates from the Centers for Disease Control and Prevention (CDC), in 2018, around 37,832 new cases of HIV were registered in the U.S.

As per Canada’s Source for HIV, the CATIE, in 2015, around 75,500 Canadians have HIV, and the prevalence rate has increased by 9.7% since 2011. The National Institutes of Health (NIH) in the U.S., represents the largest public investment in HIV research in the world, further driving the market growth. Thus, the rising prevalence of HIV and the strong presence of dominant market players drive regional market growth. The following graph illustrates the anti-HIV drug market dynamics in the U.S. 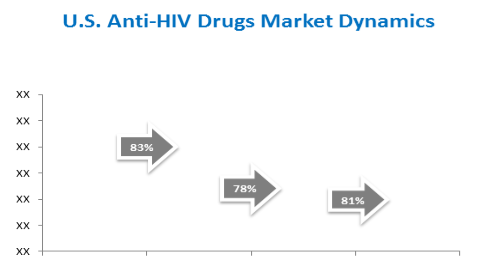 Asia-Pacific is expected to witness the fastest growth in the anti-HIV drug market. Rising healthcare spending, favorable government regulations, and the high presence of unmet drug demand in India and China drive the market growth. As per the AVERT, an international HIV and AIDS charity organization, in 2015, about 5.1 million people had HIV in Asia; of which only 64% were diagnosed with HIV. In the same year, around 180,000 people died of HIV in Asia. Governments in India and China are organizing several awareness programs to raise awareness regarding HIV and its treatment options, further driving the market growth.

Which is the leading segment in the Anti-HIV Drugs Market?

Multi-Class Combination Drugs Segment is expected to be the leading segment in Anti-HIV Drugs Market during the forecast period.

How much is the Anti-HIV Drugs Market worth in the future?

Who are the active players in Anti-HIV Drugs Market?

Which region is expected to hold the highest market share in the Anti-HIV Drugs Market?

What is the key factor driving Anti-HIV Drugs Market?

increasing awareness about the diagnosis and treatment of HIV is subsequently surging the adoption of effective treatment options are the key factors expected to drive Anti-HIV Drugs Market during the forecast period.

What was the value of Global Anti-HIV Drugs Market in 2019?