Understand the influence of COVID-19 on the Anti-Venom Market with our analysts monitoring the situation across the globe.

Anti-venoms consist of anti-bodies that are used to treat venomous stings or bites. The growing prevalence of snake bites and other animals bite such as fish stings are the drivers of the anti-venom market. According to WHO, 4.5 to 5.4 million people are bitten by snake per year, and 81,000 to 130,000 die after a snakebite.

Snakebites lead to nearly 400,000 amputations and permanent disability. It is estimated that this data is under-reported as the exact data from rural areas is not reported. Moreover, there is a growing trend of using snake venom among the drug addicts, which adds to the patient pool of snake bite.

The unavailability of anti-venoms in underdeveloped countries and the dependence on the traditional treatment of snake bites are the significant challenges for the growth of the market. Anti-venom product requires specialized infrastructure such as cold chain storage, which is not available adequately in highly prone regions such as Africa. As per WHO, most of the sub-Saharan African region does not locally produce anti-venom, and the frequency of snakebite is very high in the region. Thus, they have to rely on traditional methods for treatment. This region sometimes faces a chronic shortage of Anti-venoms thus, generating an opportunity for market players to enter the anti-venom market in this region.

The WHO has strategized several initiatives to prevent and control snakebite envenoming, a neglected tropical disease that affects 1.8–2.7 million people each year. The strategy aims to curb the number of deaths and cases of disability due to snakebite envenoming over the next 12 years through a program that targets affected communities and their health systems, and by ensuring access to safe, effective treatment through increased cooperation, collaboration and partnership at all levels. Improved and strengthened production, supply, and distribution of life-saving Anti-venoms and other commodities needed to treat snakebites will be prioritized, strengthening the global Anti-venom market.

High-Cost of Anti-Venom may Hamper the Market Growth

Lack of treatment and poor health systems are increasing the patient pool in the most affected regions. Death rates are significantly higher in sub-Saharan Africa, where the best Anti-venom costs around USD 140 to USD 300 per vial, with three to 10 vials usually required to save a victim's life. The medicine is not affordable by most of the population as a typical Swazi farmer earns around USD 600 per year. Hence, there is a need for cheaper affordable Anti-venoms in the global market. The government incentives such as tax breaks and support for lower prices of these drugs are expected to fuel the market growth during the forecast period.

Venomous Snake Species and their Presence Across Various Regions

The key players in the Anti-venom market are focusing and investing heavily in research and development of Anti-venoms suitable for treating the bites of various snakes. The increasing demand for snakebites and chronic shortage in supply is presenting ample opportunities for anti-venom manufacturers to enter the market. The companies can target the untapped rural areas in Asia and New Guinea. There are more than 3,000 kinds of snakes in the world. About 600 snake species are venomous, and between 200 and 250 are responsible for most of the global deaths, injuries, and disabilities. In India — the Indian cobra, Russell’s viper, the Indian saw-scaled viper, and the Indian krait — cause the majority of serious bites. In Southern India and Sri Lanka, the hump-nosed pit viper has emerged as a particularly dangerous species. In New Guinea, the majority of bites are caused by taipan and death adders. A large number of venomous snakes responsible for deaths and injuries are expected to drive the demand for anti-venoms in the global market.

Asia-Pacific is expected to be the largest market for anti-venoms, owing to the large patient pool and the presence of dominant players in the market. In Asia, up to 2 million people are envenomed by snakes each year, while in Africa, there are an estimated 435,000 to 580,000 snakebites annually that need treatment.  South Asia region has maximum cases of snake bites. In India alone, 2.8 million people are bitten by snakes and 46,900 people die of snakebite every year. In Bhutan, 4 out of every 1000 suffer from snakebite every year. 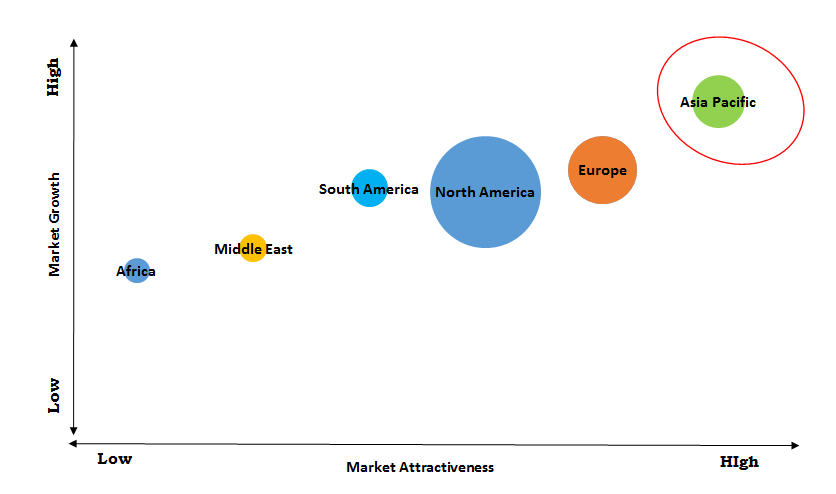 Forest and Agricultural Landscape in Africa

Africa will follow the market share after Asia-pacific. A huge part of Africa is covered with forest and agricultural land. People live in close proximity to snakes and other poisonous animals that increase the probability of cases. Less than 2 percent of Africans currently have access to Anti-venom. The lower presence of manufacturers in the region have created a supply vacuum in the Anti-venom market. Apart from this, the Middle East has huge potential as the number of incidences of snakebite is large in this region. Some of the most venomous snakes such as sand viper are found in this region, thus boosting the global Anti-venom market growth.

North America holds a notable share of the anti-venom market due to substantial research and development in the region. Many dominant players in the market are also present in this region. Additionally, the number of snakebite incidents is growing in this region. As per CNN, the number of snakebite cases has increased from 2000 in 2013 to 7000 in 2017 in the U.S. Moreover, the incidents of scorpion bites are also prevalent in the region. However, modern medical solutions and good quality Anti-venoms contribute to the meager mortality rates.

Rates for incidence and mortality are per 100,000 persons per year

Rates for incidence and mortality are per 100,000 persons per year

The market for anti-venom is growing steadily in Europe. According to the Centers for Disease Control and Prevention, in Western Europe, 5 people die of snakebite per year, and Eastern Europe has slightly more deaths with an estimated 37 per year. The number of patients in Europe is less as compared to other regions on account of the low number of venomous snakes in the region.

Recently, BTG PLC has developed an app snakebite911, which contains educational information on snakes and snakes bite first-aid support. In 2017, BTGs CroFab (crotalidae polyvalent immune fab), a drug was approved in the U.S. for the treatment of the North American Crotalid snakebites.

By Mode of Action

Who are the active players in Anti-Venom Market?

Which region is expected to hold the highest market share in the Anti-Venom Market?

The Asia Pacific is expected to hold the highest market share in Anti-Venom Market.

Which is the leading segment in the Anti-Venom Market?

Snake Anti-Venom Segment is expected to be a leading segment in Anti-Venom Market during the forecast period.