Flame retardant EVA are used as wires in various applications such as in construction, electronic & electricals, data transmission, telecommunication amongst others. The end-users of this application are expected to grow in some of the economies of Europe.

As per statistics released by Firesafe Europe, in Europe around 4000 people are killed by fire, 190 people are hospitalized due to fatal injuries by fire and around 1% of Europe’s GDP goes towards costs related to fires.

These are some of the major factors which have prompted the companies to come up with solutions that can prevent loss or damage due to fire. Electric wires are susceptible to catching fire owing to its various applications which have high probability to catch fire.

Europe flame retardant EVA (Ethyl Vinyl Acetate) for wire & cable application market is expected to grow at a CAGR of 5.3% during the forecast period of 2019–2026 and is expected to be valued at around USD 273.19 million by 2026. 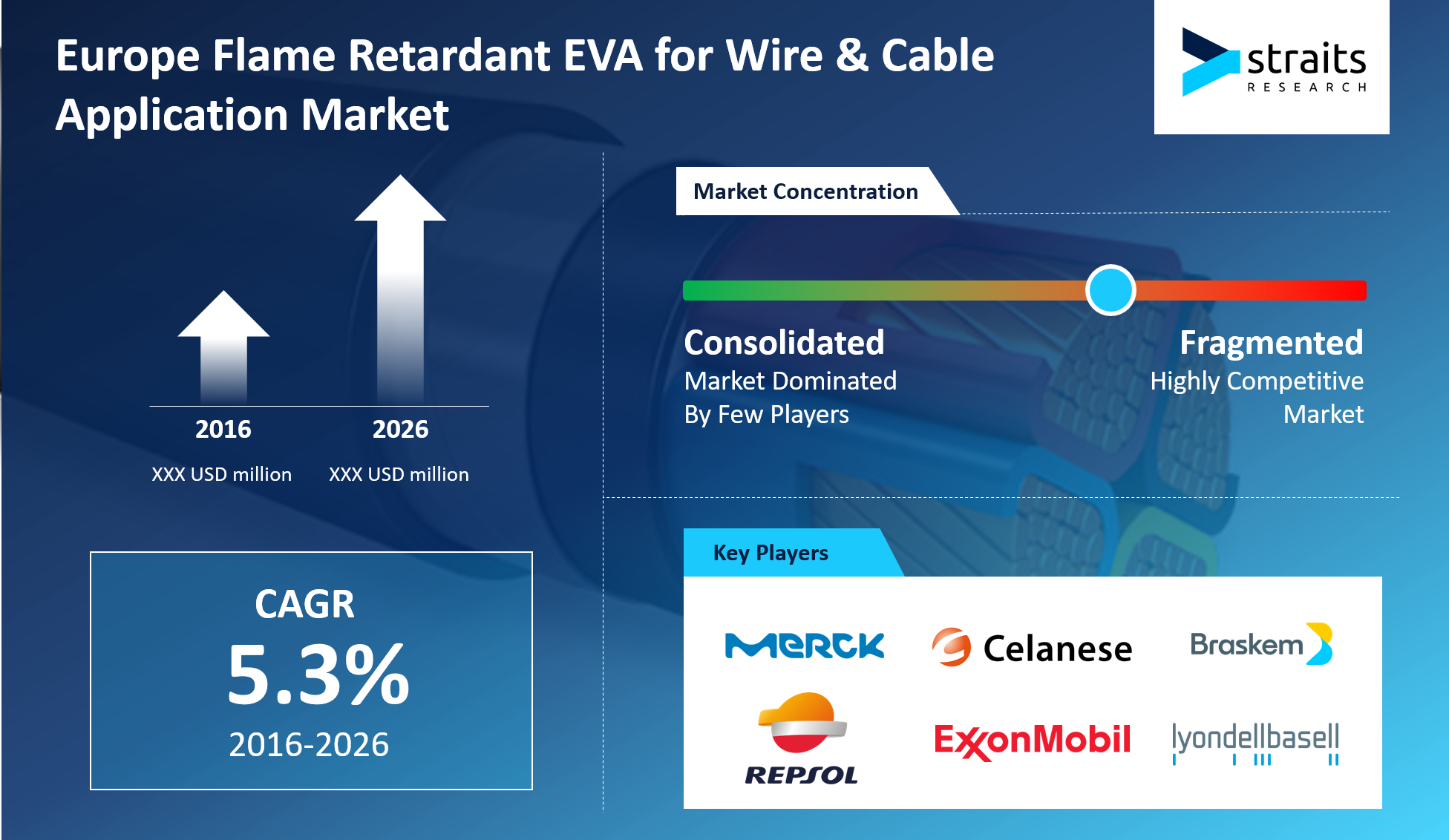 Europe Flame Retardant EVA for Wire & Cable Application market is segmented by product, by type and by end-user.

On the basis of end-user, the market is segmented into construction, automotive, energy & power, electronic & electrical, others (data transmission and telecommunication). Owing to high construction activities in U.K., France and Spain, construction segment is expected to grow at the highest CAGR during the forecast period of 2019–2026. 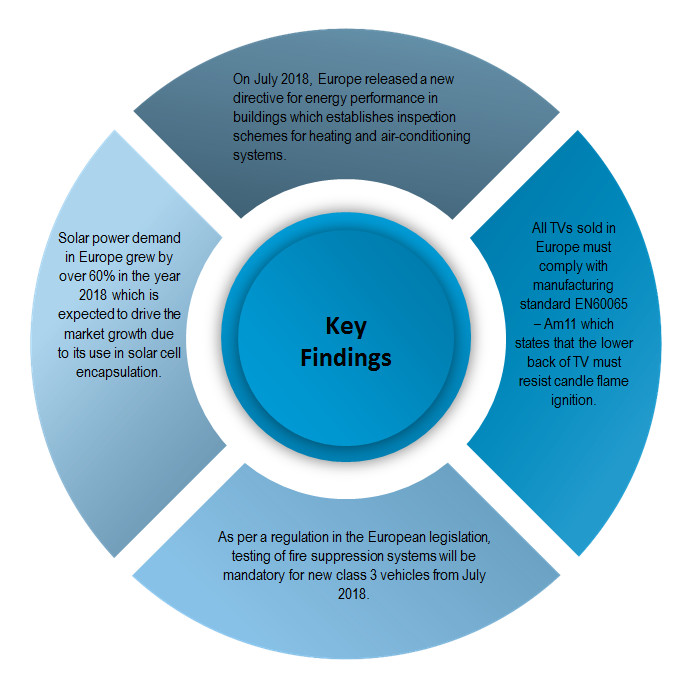 Germany is expected to witness significant growth in this market. This is owed to the well established automobile industry in the country which includes leading players such as BMW, Volkswagen, General Motors amongst others who are now increasing automation in their cars. This has led to increasing use of wires for supplying power to various components of the car. High production of cars is expected to boost the use of flame retardant EVA wires. For instance, as per Observatory of Economic Complexitiy (OEC), Germany’s export value of cars was around USD 158billion.

Other significant countries expected to witness healthy growth in this market are France, Italy, Spain, Russia, Netherlands, Turkey and the Rest of Europe. This is owed to factors such as rising demand for electricity in these economies. Flame retardant EVA wires are used in electric transmission lines which often catch fire owing to exposure to severe weather changes. Growth in power demand is expected to grow this market. For instance, in 2017, electricity consumption in Europe increased by 10% as compared to 2010. France and Spain were amongst highest consumers of electricity.

What will be the Future Developments in Flame Retardant EVA Market for Wire & Cable Application Market? 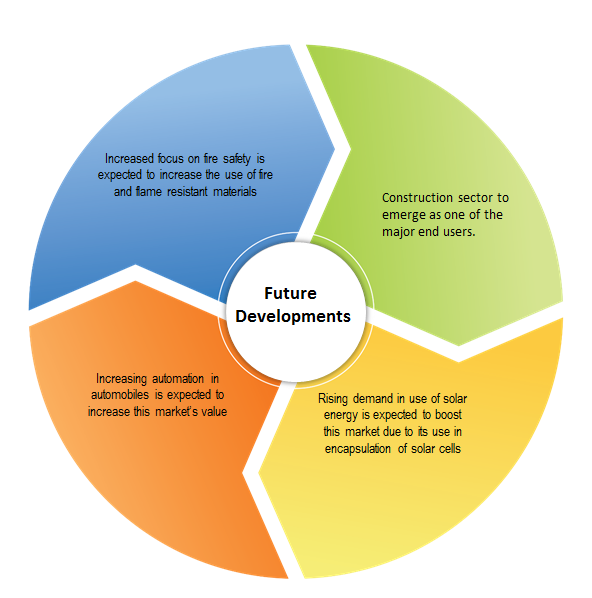 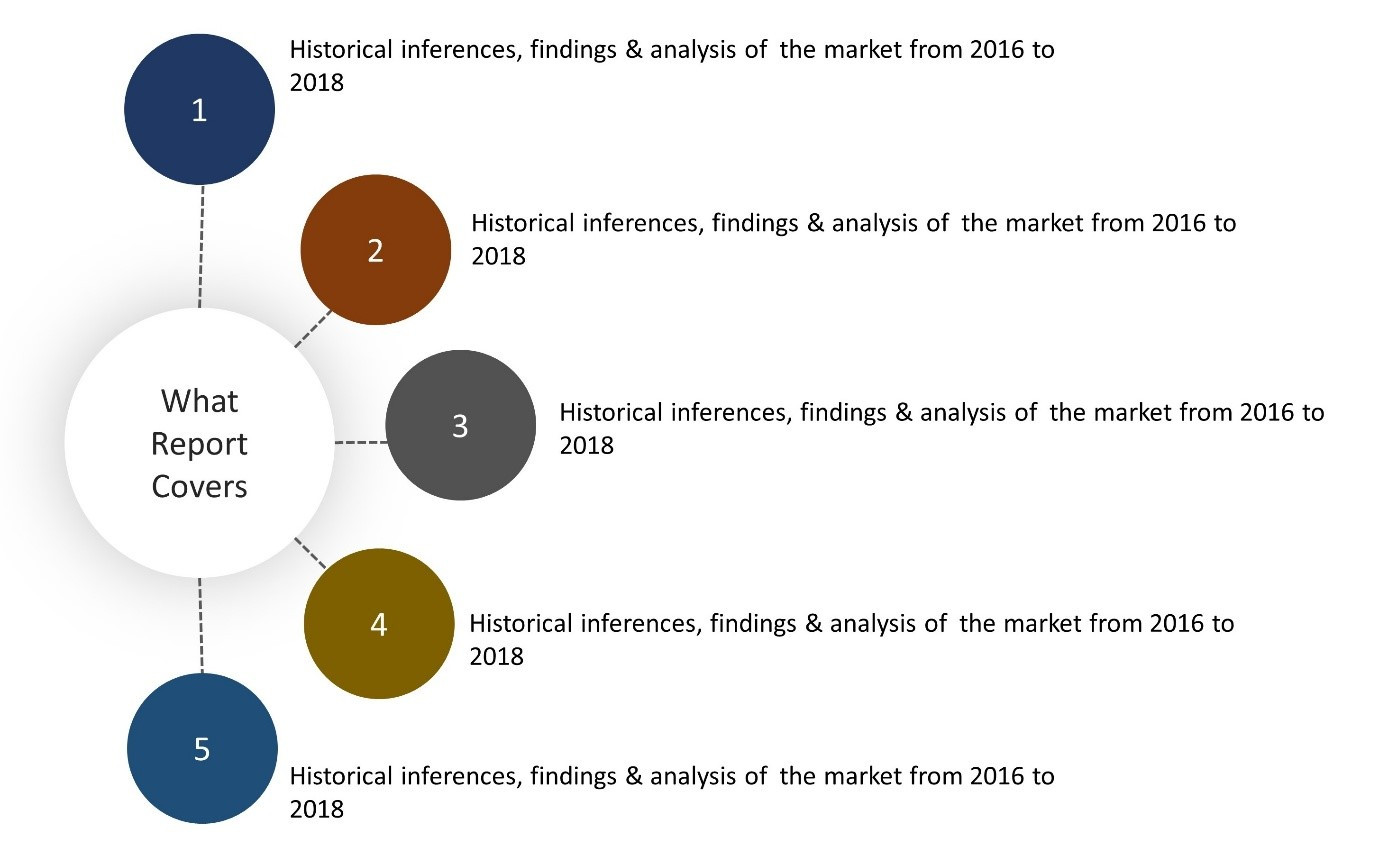