Countries Striving to Depend Less on Foreign Oil and Gas Services

Many public and government bodies are shifting toward natural gas and are increasingly investing in the production of natural resources. The growing investment of several countries in natural resources, to mitigate the dependence on foreign for oil & gas services, is expected to uplift the market demand. For example, the shift of fleet vehicles from fuels to domestic natural gas. Cheaper natural gas is also expected to drive the growth of domestic industries such as chemicals, pharmaceuticals, and fertilizers, further boosting the demand for fracking chemicals. Moreover, the shift in the trend of horizontal drilling is considered as a significant factor for the market growth.

The below-mentioned info-graph depicts the natural gas production of OECD member countries and the Asia-Pacific region for the year 2010–2018. 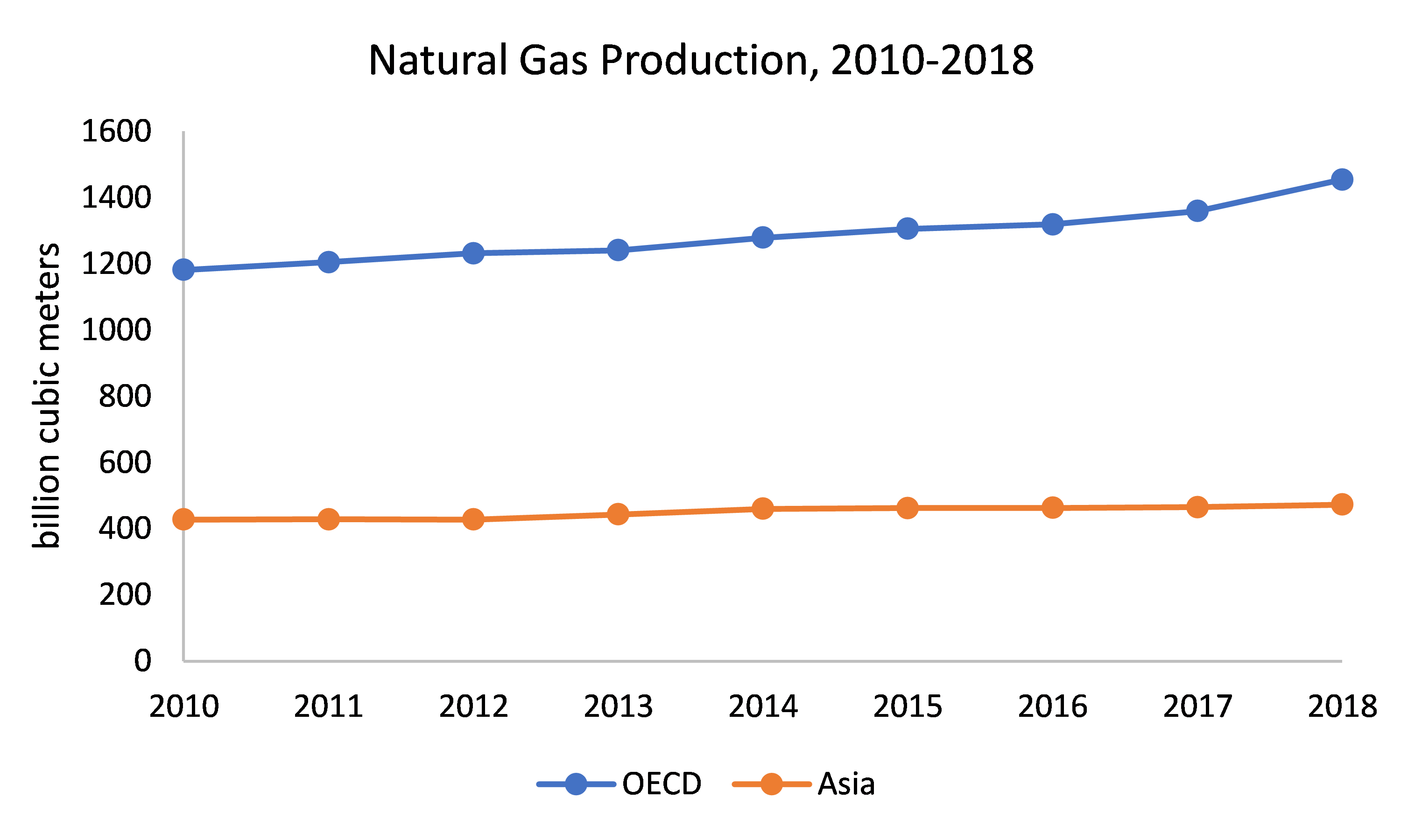 The upward trend in natural gas production is indicating higher demand for fracking chemicals across the world.

The rising demand for oil and gas across the globe, owing to the increasing demand for fuel & energy to support the growing population is the primary driving force of the market. Over the years, the drilling process has also changed from vertical to horizontal. The increasing trend for horizontal drilling is expected to accelerate the market demand. The horizontal drilling technique is preferred to recover the unusual shale reserves with hydraulic fracturing technology.

According to the U.S. Energy Information Administration, hydraulic fracturing from tight oil reserves accounted for the production of 6.44 million barrels of crude oil per day in 2018, or 59 percent of total American production. As of 2015, fracking operations in the U.S. also produced some 53 billion cubic feet of natural gas per day, accounting for more than two-thirds of total domestic production, thereby driving the demand for fracking chemicals.

Modern hydraulic fracturing combined with horizontal drilling allows multiple wells to be drilled from one spot, reducing the size of the drilling area above ground by as much as 90 percent. Fracking is the key that aids in the extraction of vast shale reserves, freeing up natural gas and oil that previously was inaccessible while protecting groundwater supplies and the environment. The increasing domestic as well as international demand for energy, which in turn results in higher extraction, is expected to bolster the global market growth.

Various companies are focusing on investing substantially in research and development of fracking fluids that are environmentally-friendly and are non-toxic to the groundwater. The oil & gas industry is growing at an exponential rate and is aggressively seeking to expand fracking in new regions. The recent development of foam-based fluid as an alternative to the oil-based fluid is a successful step in this market. The market players are expected to capitalize on the opportunities through foam-based fluids. These alternatives allow the companies to utilize a lesser amount of fresh-water as compared to the traditional fracturing and help companies in addressing global concerns. This opportunity is expected to escalate the growth of the market in the coming future.

Globally, the rising concern about fracking chemicals being toxic is creating a hindrance to the growth of the market. There have been incidents where the fracking chemical has contaminated freshwater. Additionally, the trending shift from oil & gas to renewable energy sources also poses a threat to the market.

Water-Based Fluids — The Most Common Type of Fracking Chemical

The decision regarding the type of fracking fluids is affected by various factors such as cost, environmental effects, and technical complexity based on geographical conditions. The water-based fluids segment is projected to witness a significant market share than the other segments during the forecast period. The water-based fluids are the most common type of fracking chemical used in the market due to its multiple applications and cost-effectiveness. However, the rising environmental concerns and increased damages to the ecosystem are resulting in a shift in demand towards gelled oil-based fluids. The oil-based fluids are also expected to witness an upward trend in the global fracking chemicals market. The fracking chemicals market is expected to flourish throughout the forecast period, strongly supported by a higher production rate, as these chemicals are used in extracting oils from older wells and are simultaneously suitable for different geological conditions.

North America region is expected to dominate the market during the forecast period, owing to the high demand for fracking chemicals from well-established oilfield industry. Hydraulic fracturing and horizontal drilling are safely unlocking vast U.S. reserves of oil and natural gas found in shale. According to the U.S. Energy Department, up to 95 percent of new wells drilled today are hydraulically fractured, accounting for two-thirds of total U.S. marketed natural gas production and about half of U.S. crude oil production. 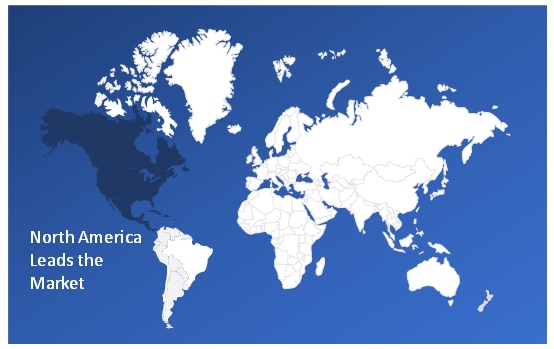 The combination of industry standards, best practices, and effective state and federal regulation is protecting communities and the environment — simultaneously making available increasing volumes of cleaner-burning natural gas that is allowing the U.S. to lead the world in reducing carbon emissions from electricity generation. Additionally, the growing investment in research & development during the forecast period is estimated to foster the growth of the market.

Europe occupies the second-largest share of the market, followed by Asia-Pacific. This is attributed to growing offshore oilfield activities in the North Sea in order to explore new reserves. Moreover, the presence of key players in a region also accelerates the growth of the market. Asia-Pacific is anticipated to exhibit the fastest growth rate during the forecast period. The flourishing urbanization and the snowballing construction sector in the region have engendered enormous demand for oil and energy. Many exploration and production activities of oil & gas are centered in countries such as China, Indonesia, and South Korea. Moreover, countries such as China are among the prominent players in shale gas reserves, which has high usage of fracking chemicals & liquids.

The Central, South America, and the Caribbean region is expected to witness a sluggish growth rate during the forecast period. In this region, Latin America holds the least share of the market. The Middle East has massive potential in the global fracking chemicals market due to its high concentration of oilfield reserves and established oil & gas industry from where the demand for fracking chemicals is on the rise.

What is the key factor driving Fracking Chemicals Market?

Growing investment of several countries in natural resources, rising demand for oil and gas across the globe, the growing population is the primary are the key factors expected to drive Fracking Chemicals Market during the forecast period.

Which is the leading segment in the Fracking Chemicals Market?

Water-Based Fluids Segment is expected to be a leading segment in Fracking Chemicals Market during the forecast period.

Which region is expected to hold the highest market share in the Fracking Chemicals Market?

Who are the active players in Fracking Chemicals Market?