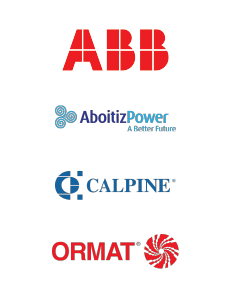 Geothermal energy is renewable energy generated from the earth's crust and can be used directly for heating or transformed into electricity. One of the key factors driving the demand for geothermal energy over some other renewable energy sources is that it is available year-long. However, the presence of medium- to high-temperature resources, which are usually close to volcanically active regions, is needed for electricity generation, which is a major factor that has hindered the growth of geothermal energy across various end-use markets.

Energy generation from geothermal power plants is capital-intensive; the development of these power plants involves substantial capital requirements due to high exploration costs and resource assessment, including field infrastructure, drilling of production and injection wells, geothermal fluid collection and disposal systems, and other surface installations. This is one of the key factors discouraging a large number of new entrants that are willing to enter the market. Although, the capital cost of these plants is high. However, they have very low and predictable operating costs, which have supported the market growth among the medium and large-tier players.

Additionally, the shifting inclination of the consumer towards the solar and wind sector for energy generation due to their easy availability and cost-effective prices is another factor that is hampering the market growth.

One of the potential barriers associated with geothermal energy is the limitation of the technical perspective in the field. However, the technological advancement in the enhanced geothermal systems (EGS) technology in recent years, which involves extracting heat from reservoirs through fluid injection into deeper hotter rock, is paving the way for geothermal growth across various markets. Due to which a large number of economies are continuously willing to invest more in these technologies.

For instance, in 2018, the U.S. Department of Energy has announced that it will donate up to USD 140 million to the University of Utah in funding for geothermal research and development over the next five years, and the FORGE field laboratory will be the facility for the work. These funds will be used to conduct site characterization, drilling, reservoir simulation and testing, seismic monitoring, and competitive R&D. Besides, in June 2018, the U.S. Department of Energy also announced up to USD 4.45 million for early-stage development of EGS tools and technologies. Therefore, it can be stated that such investment across the markets is inclined to foster growth in the upcoming years.

The global geothermal market is categorized into three major technologies Dry steam, Flash steam, and Binary cycle, among these, the binary cycle is projected to be the fastest and the largest growth market in the years to come.

The binary cycle power plants are entirely different from dry steam or flash steam power plants. Hydrothermal fluid such as the water or steam from the geothermal reservoir never comes in contact with the turbine units. The ability of these plants to operate effectively across a wide range of applications, even in low-temperature regions, is the prime factor expected to drive the growth of the sector in the forthcoming years. Additionally, these plants also offer cost-effective conversion features in their operation, which is another factor forecasted to influence its market growth.

The increasing demand for energy coupled with the growing desire to meet it from a sustainable source of energy generation can be anticipated as another factor that has been supporting the growth of the market in the region. Besides, the increasing government funding and policies to develop the region's untapped renewable energy sources to curb emission are also projected to facilitate industry growth.

Countrywide, the North American market is led by the U.S., where the advancement in technology and presence of prominent players in the oil and gas sector, continuously engaged in the drilling and intervention activities have bolstered the growth of the market. 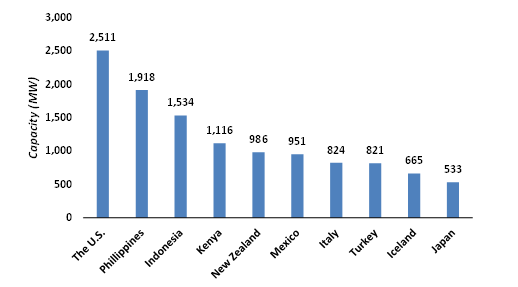 The European geothermal market is growing at a significant rate, even considering the global context. This is because geothermal energy in Europe is spreading geographically. As per the European Geothermal Energy Council, In 2018, the total installed capacity in Europe stood at 3,091 MW, corresponding to 127 geothermal power plants in operation. In Europe, geothermal energy is primarily used for heating and cooling applications across the residential and non-residential sectors, and as the use of geothermal energy for stable heating and cooling application continues to increase, it is further compelling the investors and policymakers to support this form of renewable energy. This trend across the regional market is creating a lucrative growth opportunity for the players engaged in the oil & gas business to tap into the staggering geothermal potential in the European market and diversify their business portfolio across the renewable sector.

Countrywide, the regional market is driven by countries like Turkey, Italy, Iceland, Germany, and Portugal. Among which Turkey help the largest market share in terms of capacity contributing up to more than 40 percent of Europe’s geothermal energy generation in 2018. 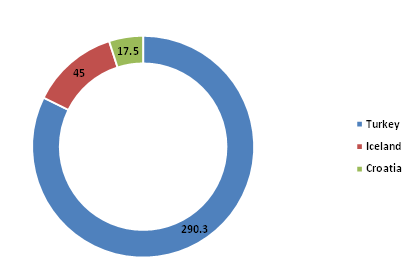 Despite the slow growth of the global geothermal market in the past few years. Asia-pacific is anticipated to be the fastest-growing market for geothermal market energy. This growth of the market can be attributed to considerable geothermal potential in Southern Asian economies like Indonesia and the Philippines. This presence of vast potential for geothermal power generation in these economies has compelled the national government to take initiatives and adopt policies. These policies can enable and help the operators to engage in the oil and gas sector to explore reserves of geothermal energy across the region, therefore supporting the market growth.

What is the key factor driving Geothermal Energy Market?

The shifting inclination of the consumer towards the solar and wind sector for energy generation, increasing demand for energy are the key factors expected to drive Geothermal Energy Market during the forecast period.

Who are the active players in Geothermal Energy Market?

Which region is expected to hold the highest market share in the Geothermal Energy Market?

Which is the leading segment in the Geothermal Energy Market?

Binary Cycle Power Station Segment is expected to be the leading segment in Geothermal Energy Market during the forecast period.