Understand the influence of COVID-19 on the Green Hydrogen Market with our analysts monitoring the situation across the globe.

Hydrogen can be produced by an array of methods. Currently, hydrogen is mainly obtained as a by-product of oil and gas, and chemical and petrochemical industries. The rise in awareness about controlling the toxic emissions during the burning of coal to mitigate climate change damage has driven the need to implement and adopt clean energy technologies. Many favorable government initiatives for environmental concerns and mandating strict regulations bolster market growth.  The share of renewables in meeting global energy demand is anticipated to grow by one-fifth in the next five years to reach 12.4% in 2023.

Renewables will have the fastest growth in the electricity sector, and it will provide for almost 30% of power demand in the year 2023, which will see a spike from 24% in 2017. Renewable energy sources, such as wind and solar, are becoming increasingly important. During this period, renewables are estimated to meet more than 70% of global electricity generation growth. It would mostly be led by solar PV and followed by hydropower wind, and bioenergy.  The impact of the transition toward renewable energy sources has become more evident considering the amount of energy consumption expected in 2050. According to IEA, there is scope for a sevenfold increase in consumption as compared to today, with worldwide in total more than 40,000TWh is expected to come from renewables.

The cost of green hydrogen is dependent on the cost of electrolyzing, which is already on a decline. Unlike large gas reforming plants, the smaller electrolysis generates highly optimized and automated production lines. The Hydrogen Council predicts that the green hydrogen could cost 70–80pc cheaper within the next five to ten years. Governments have recognized hydrogen’s ability to decarbonize sectors that are otherwise difficult to reduce. The sectors, such as freight logistics, intensive personal or collective transport, industrial heating, and industry feedstock, are expected to be decarbonized.

Amidst the rising need for clean energy and CO2 emission-free environment, there are several industry leaders across the chemicals, oil and gas, automotive, and heating sectors that look forward to low-carbon hydrogen as an idle alternative in order to reach their increasingly substantial sustainability objectives. The cost of green hydrogen is significantly high to be sustained by all industries. However, technological advances have significantly lowered the cost of many hydrogen applications. Despite, rapid improvements in recent few years and the prospect for further cost reduction, the competitiveness trajectory and the investments needed to reach the scale at which hydrogen would be considered competitive remains ambiguous.

Solar energy saw a historical rise in the year 2017, during which a record number of solar photovoltaic (PV) were installed than any other power generation technology around the world. If this is calculated in absolute power generated terms, then it spells an increase of 30% as compared to 2016. In addition to this, there are considerable developments in terms of increasing energy efficiency generated by solar power. Furthermore, the popularity of solar power and its ease of installation is likely to make this power source more popular in the years to come. Technical improvements will further improve its prospects and contribute to reducing the price of hydrogen generation to a significant extent. 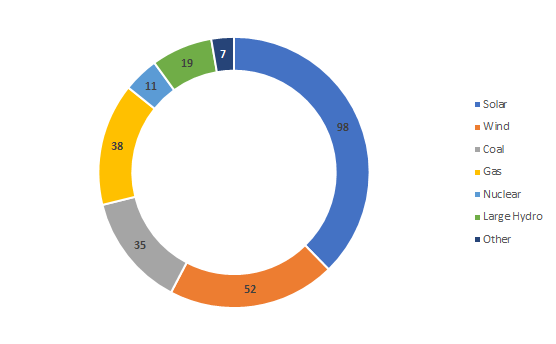 Use of Alkaline Electrolyzers in Green Hydrogen Market

Alkaline electrolyzers operate by the principle of transportation of hydroxide ions via the electrolyte. These are transferred from the cathode to the anode, while hydrogen is generated on the cathode side during the process. These electrolyzers use potassium or sodium hydroxide based liquid alkaline solution as an electrolyte. This type of electrolyzers is supplied by many companies, such as Tianjin Mainland Hydrogen Equipment Co., Ltd. (THE), one of the leading suppliers of this equipment.

Polymer Electrolyte Membrane Segment to Grow with the Highest CAGR

Polymer electrolyte membrane (PEM) electrolyzer uses a solid specialty type of plastic material. These types of electrolyzers segment is anticipated to grow with the highest CAGR, owing to the high flexibility it provides in terms of operational capacity. Several companies are now planning or have already moved towards installing this type of electrolyzers. For instance, Shell’s Wesseling refinery in Cologne is planning to launch a 10MW PEM electrolyzer, which will come online in 2020.

Power demand has been increasing to a noteworthy extent. An increase in the global population, rapid industrialization in emerging economies, and the migration of population into urban areas are likely to drive the demand for energy and power. However, with the growing population, the demand for eco-friendly power generation alternatives has also been increasing significantly. Installation of solar panels in residential and commercial sectors and the increase in activities and initiatives supporting the use of eco-friendly alternatives has been growing significantly. These factors are likely to lead to an increase in demand for green hydrogen for power generation. In addition to this, the power generated from renewable energy sources holds significant potential, considering less than half of the power demand is met by them. 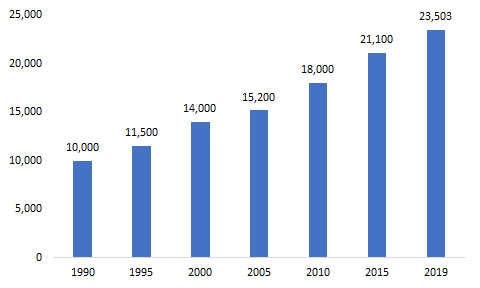 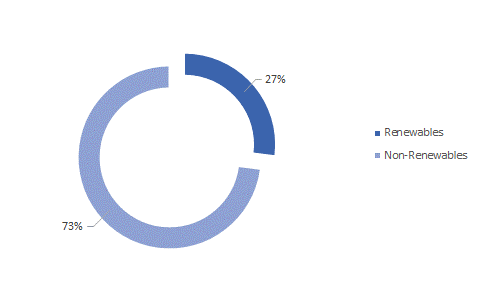 Europe to Dominate the Green Hydrogen Market during the Forecast Period

Europe dominates the green hydrogen market share in terms of the production and utilization of green hydrogen. The region has an extensive oil and gas infrastructure, which has tremendous potential to be converted into infrastructure for hydrogen production, storage, and transportation while also creating job opportunities. Europe is an industrially advanced region, with a majority share in the chemicals and petrochemicals sector. The region has a share of around 15% in the international market for refining and chemicals output. This puts Europe in a favorable position to replace its conventional energy sources with renewable energy sources.

In addition to this, Europe has also prepared a roadmap for a 40GW electrolyzer capacity by 2030. It is proposed in this roadmap that around 6GW of this will be for hydrogen production at the demand center, and 34GW will be near the resource for the generation of green hydrogen. As per Hydrogen Europe, by realizing 2 x 40GW of electrolyzer capacity for the production of green hydrogen, Europe is likely to avoid 82 million tons of CO2 emission.

The region is also witnessing significant advances in green hydrogen initiatives. For instance, the Les Hauts de France project aims to build around five hydrogen electrolyzer production units, having a capacity of 100 MW each, over a period of five years. In addition to this, in the U.K., Gigastack will demonstrate the delivery of low-cost, zero-carbon bulk hydrogen gas through gigawatt-scale PEM electrolysis. This rapid construction of electrolyzers is likely to fulfill the demand from various end-users in the Netherlands and Germany.

What is the key factor driving Green Hydrogen Market?

Many favorable government initiatives for environmental concerns and mandating strict regulations, rapid construction of electrolyzers are the key factors expected to drive Green Hydrogen Market during the forecast period.

Who are the active players in Green Hydrogen Market?

Which region is expected to hold the highest market share in the Green Hydrogen Market?

Europe is expected to hold the highest market share in Green Hydrogen Market.

Which is the leading segment in the Green Hydrogen Market?

Power Generation Segment is expected to be the leading segment in Green Hydrogen Market during the forecast period.