Report Description
Regional Overview
Company Profiles
Buy Now
Sep 26, 2019   Product Analysis Current transformers are instrument transformers designed to generate alternating current in the secondary winding, which is directly proportional to the total current being measured in its primary. They are also known as series transformer since they are allied in series with the circuit to measure the various parameters of electric power. These transformers are used to reduce high voltage current to low voltage current and provide a convenient means to safely monitor the actu...
Request Free Sample Report

Current transformers are instrument transformers designed to generate alternating current in the secondary winding, which is directly proportional to the total current being measured in its primary. They are also known as series transformer since they are allied in series with the circuit to measure the various parameters of electric power. These transformers are used to reduce high voltage current to low voltage current and provide a convenient means to safely monitor the actual electrical current flowing with the help of a standard ammeter.

The common applications of current transformers range from power system control to precise measurement in the form of industrial, automotive, telecommunication, and medical systems. These transformers are used to measure the current through instruments, such as an ammeter, an energy meter, and a wattmeter, and for overcurrent fault protection and distance protection in power transmission systems. Rapid industrial growth due to FDI inflow and government support in developing regions, such as Asia-Pacific and South America, provides a fillip to the industrial sectors' growth in these regions, which is expected to translate into the growth of the instrument transformers market.

A potential transformer is an instrument transformer used to transform voltage from a higher value to a lower value. Current transformers step down the voltage to a safe limit, which can then be easily be measured with the help of ordinary voltage instruments, such as a voltmeter and a wattmeter, among others. Potential transformers commonly find applications in electrical metering systems, electrical protection systems, distance protection feeds, synchronizing generators with grid, and the impedance protection of generators. The increasing number of infrastructural projects in developing countries, such as India and China, are expected to provide an impetus to market growth.

Apart from these, dry instrument transformers utilize a core that is placed in an air pressurized sealed tank. These transformers offer easy and safe installation, pollution-free operation, and high resistance to short circuits; they also pose no fire hazards. Dry-type transformers commonly find applications in the chemical and oil and gas industries and inner-city sub-stations, renewable energy power generation, and fire risk areas, such as forests and parks and environmentally sensitive areas. Oil-immersed instrument transformers where oil is used for cooling are in use mostly where there is a low noise requirement. Common applications are power distribution, electrical substations, distribution networks, small industries, and renewable energy generation.

The growing power demand globally has compelled the players and governments to channelize efforts in order to reduce transmission losses. Thus, instrument transformers with different ratings are generating high demand from the rapidly growing national grids globally. Heavy power lines are used to transmit electricity at a higher voltage in order to increase the efficiency of power transfer and minimize the energy loss inherited in transferring electricity at over a long distance. 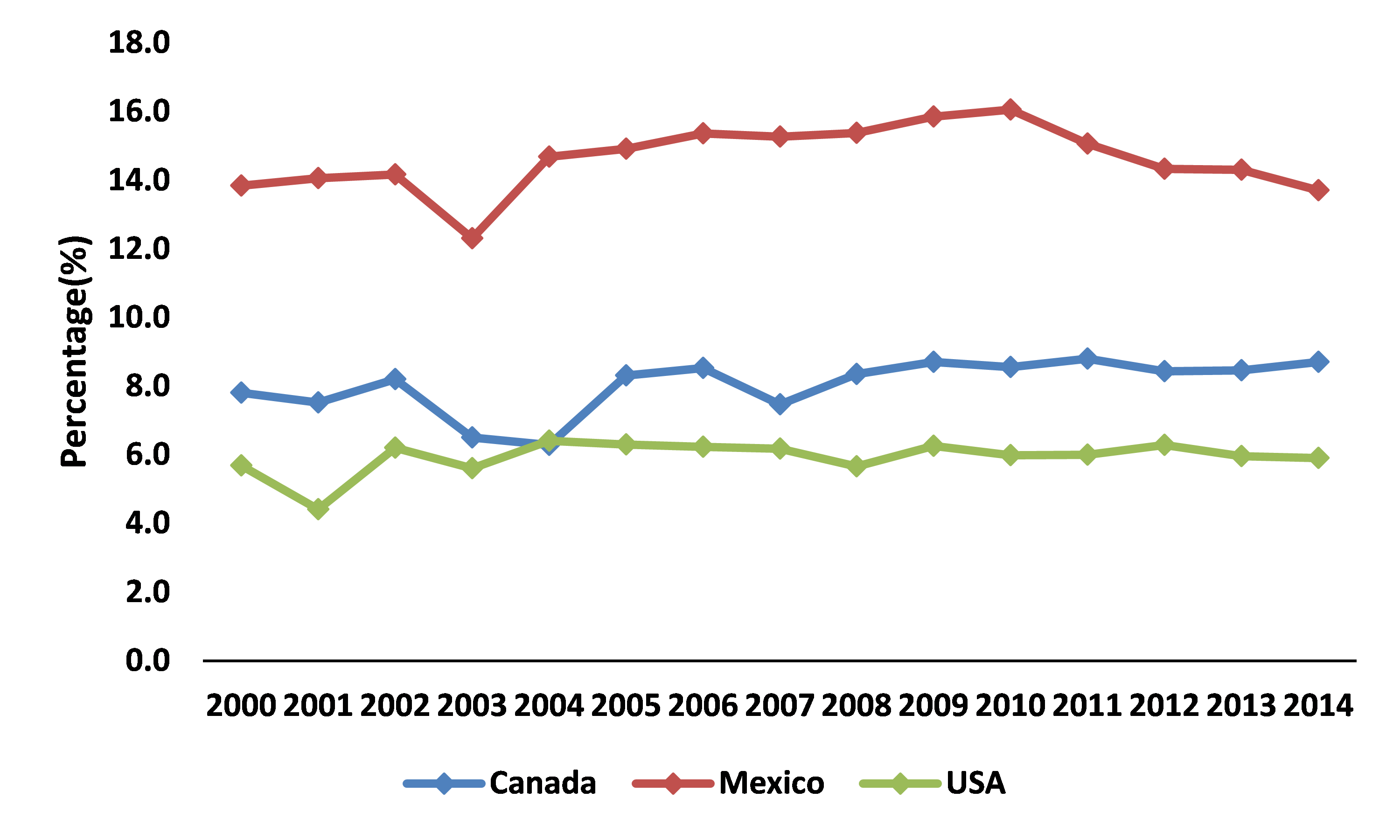 As per the U.S. Energy Information Administration (EIA), in 2019, energy production exceeded energy consumption in the U.S. on an annual basis for the first time since 1957. The country produced 101.0 quads of energy and consumed 100.2 quads. The country's electric power sector accounted for about 96% of the total utility-scale electricity generation, nearly all of which was sold to the other sectors. 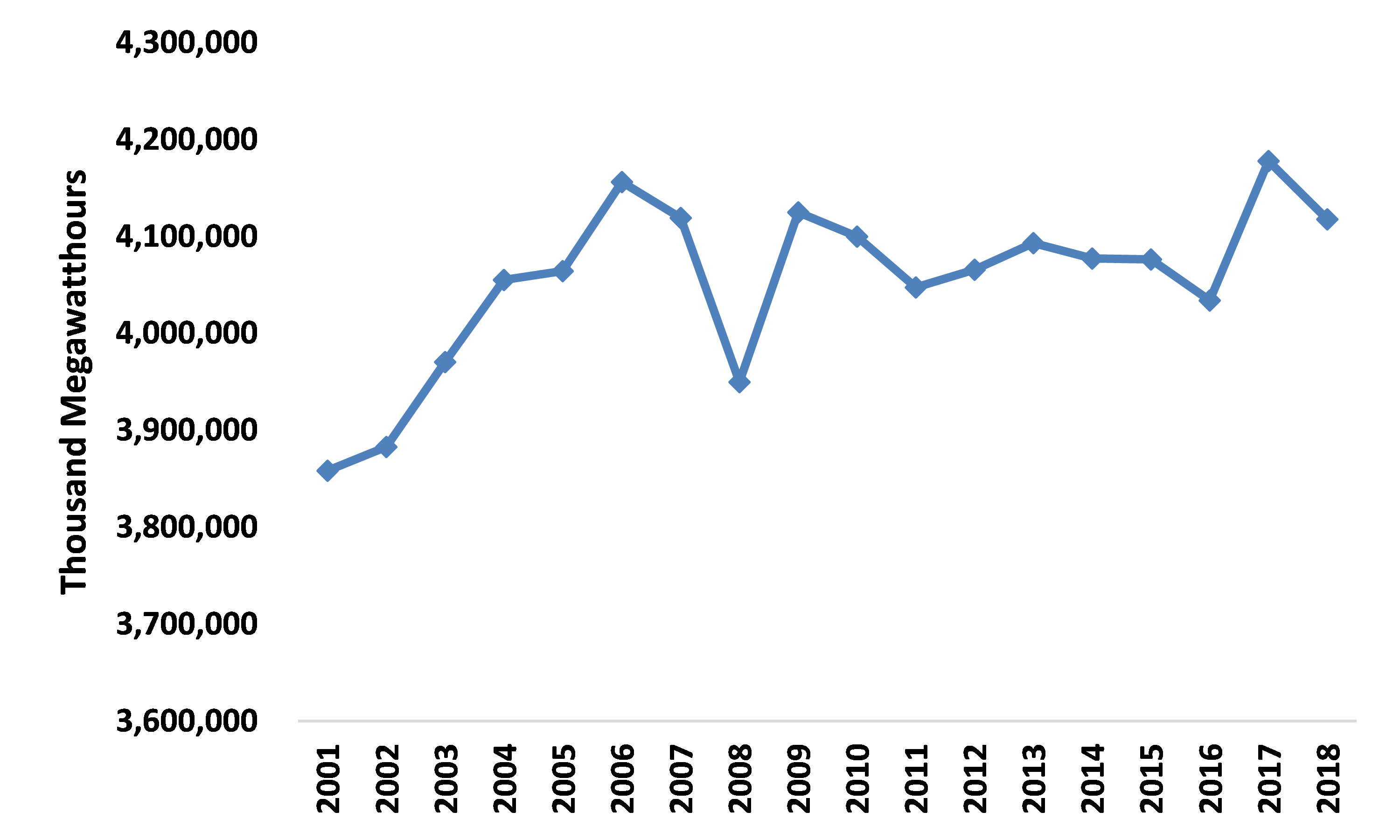 Although the near-term electricity demand may witness some fluctuation, it can be expected that economic growth during the forecast period will put the long-term electricity demand in an upward growth trajectory. This increase in the demand for electricity across the region will further create a demand for efficient communication and electrical infrastructure across the market, which, in turn, will have a positive influence on the growth of the U.S. instrument transformer market.

The growth of Canada's instrument transformer market can be attributed to various government initiatives to boost infrastructural development in rural regions. Through these initiatives, the Canadian government strives to accelerate investment in affordable housing, tourism, and infrastructure, with a special focus on measures to increase labor availability and support economic growth across rural communities while ensuring sustainability. For instance, as of May 2019, the Government of Canada approved more than 48,000 infrastructure projects, and nearly all are underway or completed. Cost-sharing for rural and northern infrastructure projects is the most flexible in recognition of rural needs, with the Government of Canada contributing up to 60% of eligible project costs in small communities with populations under 5,000.

In recent years, the continuous development of Mexico's industrial sector has led to an increase in the participation of public and private foreign investment in prominent infrastructure projects. This development is further supported by the country's federal government, which is willing to spend around USD 43 billion in the span of 2020–2024 to boost its infrastructural sector. The Dos Bocas Refinery Project, Tehuantepec Isthmus Rail Corridor, and Tren Maya multiphase rail projects are some of the projects launched by the government to promote infrastructural development in the country. Infrastructural development in the country has garnered significant attention from many global investors and business leaders across various markets, who repute it as an emerging market in terms of growth prospects and consider it a prime location for reaching the U.S. market.

The instrument transformer market comprises of several players, who dominate at both the regional and country level. Several players that are operating in the instrument transformer market are adopting various strategies, such as a partnership, acquisitions, joint ventures, and establishing new subsidiary companies in unreached countries. Most of the companies are pursuing an acquisition strategy and collaborating with other players for expanding product portfolio and increasing revenue. 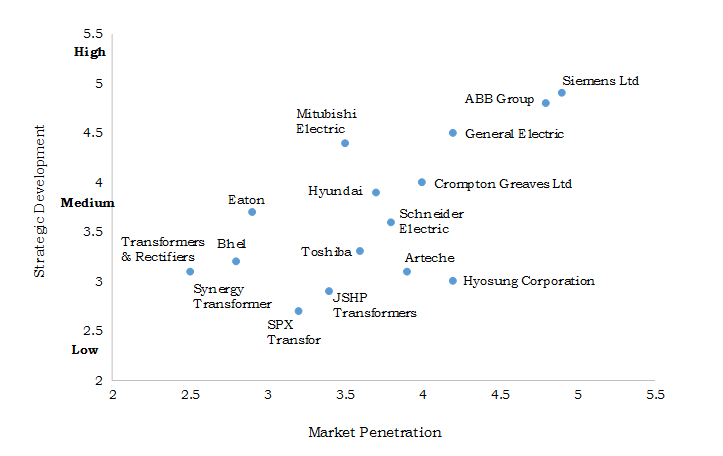 Who are the active players in Instrument Transformer Market?

Which is the leading segment in the Instrument Transformer Market?

Rating Segment is expected to be the leading segment in Instrument Transformer Market during the forecast period.

Which region is expected to hold the highest market share in the Instrument Transformer Market?

What is the key factor driving Instrument Transformer Market?

Increasing the number of infrastructural projects, increasing demand for these heavy power lines, increasing consumer spending are the key factors expected to drive Instrument Transformer Market during the forecast period.

Previous
Next
North America
By Cooling

ME And Africa
By Cooling

ME And Africa
By Enclosure Type

Previous
Next
North America
By Rating

ME And Africa
By Rating

ME And Africa
By End Users