The global intake filter media market was valued at USD 5.55 billion in 2021. It is projected to reach USD 8.17 billion by 2030, growing at a CAGR of 4.4% during the forecast period (2022-2030). The filter media, usually a non-woven fabric, separates and contains the contaminants as air passes through the filter. In order to prevent dust and other airborne pollutants from entering the engine, intake filter media is installed in air filters. Different types of air filter media find specific uses in distinct industries, such as the automobile, aerospace, marine, and others. Moreover, various air filter materials, such as paper, foam, or cotton, can prevent different kinds of particulate matter from entering the engine.

Particulate matter can cause severe mechanical damage and oil contamination in the engine's cylinders, where the intake air filter media effectively prevents its entry. The market for intake filter media is anticipated to benefit from strict government regulations regarding harmful automobile emissions during the forecast period. The introduction of washable air filters and certification changes for the use of inlet barrier filters for helicopters are expected to propel market expansion.

Particulate matter, volatile organic compounds, nitrogen oxides, carbon monoxide, and sulfur dioxide are some of these harmful pollutants. Regulation-making agencies, like the United States Environmental Protection Agency (EPA), have established several laws, including the National Low Emission Vehicle Program, the Control of Hazardous Air Pollutants and Air Toxics, and Standards for Exhaust and Evaporative Emissions. Furthermore, the standards for automobile emissions have become stricter due to the implementation of regulations like Euro-6 in the European Union and BS-VI in India.

The air intake filter is crucial for regulating the release of harmful GHG emissions, even though installing an air filter in the engine's exhaust helps to reduce the discharge of pollutants into the atmosphere. Since the early 2000s, stricter emission regulations have significantly increased the importance of engine air intake filters. Numerous impurities of various sizes are typically present in the air, and when these impurities enter a vehicle's engine, they can impact how well the engine performs. Since more air than fuel is burned during combustion, the quality of the air has a significant impact on exhaust emissions. Additionally, intake air filters improve engine efficiency by removing tiny dust particles and other foreign particles from the engine's air. The demand for air filters is expected to drive the growth of the global intake filter media market because it is the most crucial part of the air filter system.

The most important factor affecting air filtration effectiveness is air filter media. Superior quality intake filter media have been developed due to technological advancements regarding using suitable material for filter media over time with the adoption of nanotechnology. There are frequent particles in combustion air that should not be allowed to enter the engine. Using an extremely effective air filter is imperative to protect the engine and its components, such as the turbocharger, from flaws and wear brought on by dirt particles. Along with the low flow control and prolonged service life, nanofiber filters offer an exceptionally high dust separation efficiency of around 99.99% for removing particles. The engines' output of power is thereby significantly increased. It is anticipated that introducing nanofiber filter media for engine air intake filtration will increase the effectiveness of intake air filters.

Globally, there is a noticeable increase in demand for alternative drive technologies like a hybrid, plug-in, and mild hybrid electric vehicles. These cars have internal combustion engines, and a battery is a backup power source. In addition, it is anticipated that demand for fuel-cell electric vehicles will increase over time. Hydrogen is the fuel used by fuel cell electric vehicles; hydrogen is a potentially valuable and clean energy source with only water vapor and warm air as its byproducts. As a result, it is anticipated that fuel-cell electric vehicle production will increase significantly in the coming years. Future mobility is expected to be diverse due to the auto industry's growing focus on low-emission vehicles. The demand for adopting environmentally friendly mobility solutions is heightened by climate change and the depletion of oil reserves.

Based on application, the global market is bifurcated into automotive, aerospace, and marine.

The automotive segment is the highest contributor to the market and is expected to grow at a CAGR of 4.7% during the forecast period. The performance of an automobile depends on the media used in the intake air filter. It prevents dirt and other debris from being dragged into the engine of an automobile. As a result, it protects the engine and combustion system of the automobile. The filter also has a favorable effect on the car's fuel economy.

Based on filter media, the global market is bifurcated into cellulose and synthetic.

Based on the distribution channel, the global market is bifurcated into OEM and aftermarket.

The aftermarket segment is the highest contributor and is expected to grow at a CAGR of 4.5% during the forecast period. The aftermarket can supply a variety of different air filters. Customers can choose the appropriate air filter based on their budget and the needs of their engines. Furthermore, aftermarket air filters typically cost less than their OEM equivalents.

Based on vehicle type, the global market is bifurcated into passenger vehicles, commercial vehicles, construction equipment, and marine vessels.

The passenger vehicle segment owns the highest market share and is expected to grow at a CAGR of 4.3% during the forecast period. The segment of passenger cars includes automobiles used to transport people, including small cars, hatchbacks, sedans, luxury sedans, and others. There are different types of passenger cars, including microcars, hatchbacks, sedans, SUVs, MUVs, and vans. Microcars are tiny vehicles with a maximum seating capacity of just two people and a 1-liter engine. The market for intake filter media is anticipated to grow faster due to an increase in annual distance traveled and an increase in the population of urban and metropolitan cities around the world. The global intake filter media market is also expanding due to the persistent demand for passenger cars brought on by rising disposable income and an expanding labor force.

Based on mode, the global market is bifurcated into the off-road and on-road segments.

The on-road segment is the highest contributor to the market and is expected to grow at a CAGR of 5.0% during the forecast period. Most cars are driven in on-road or highway mode, which includes operating the vehicle on city streets or interstates, as is the case with passenger cars, trucks, and other vehicles. High-flow filters are not necessary for vehicles operated in the on-road mode because these modes operate in less dusty and leveled environments than off-road modes. For vehicles operating in on-road mode, there are a variety of air filters on the market. 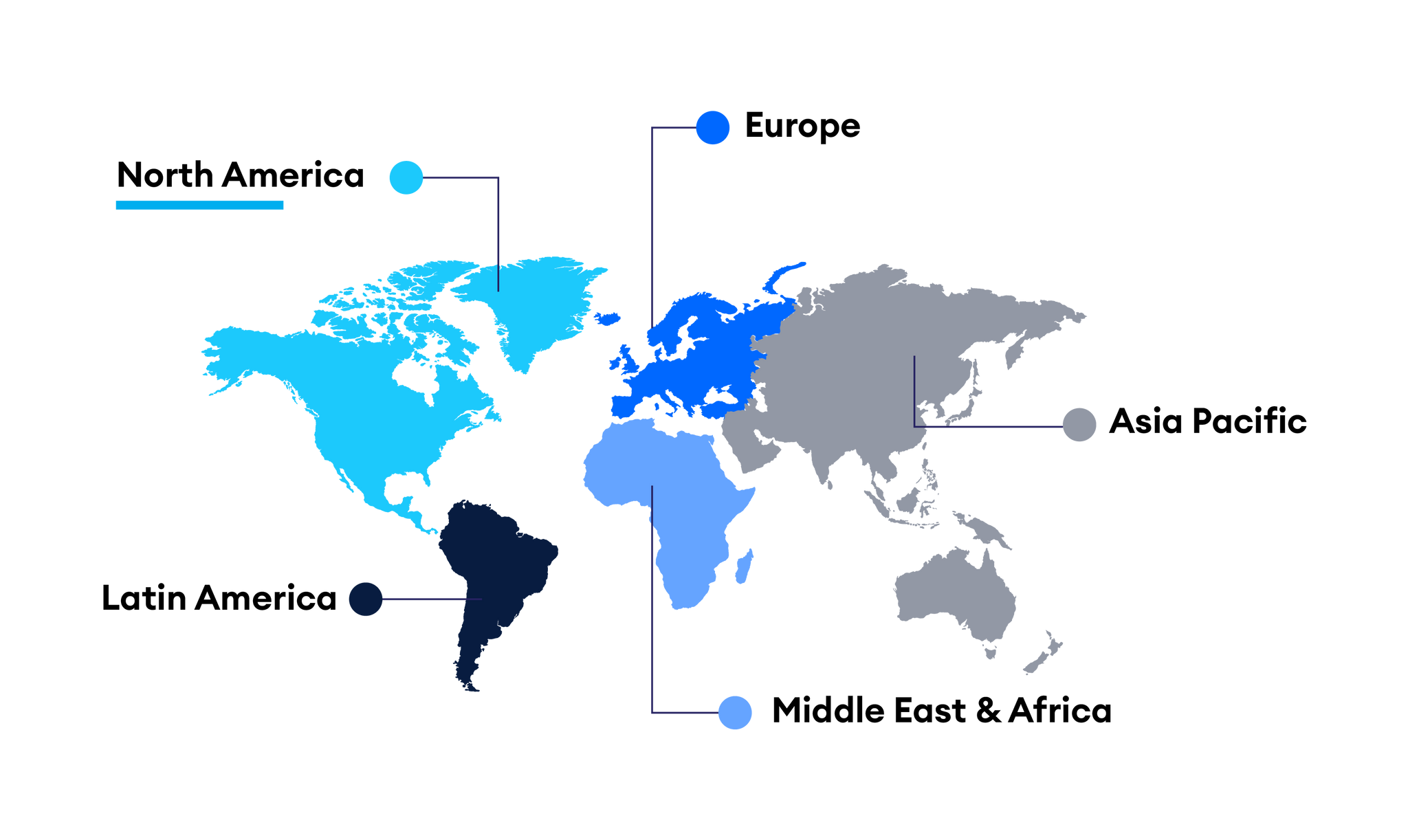 Asia-Pacific region is the most significant shareholder in the global intake filter media market and is expected to grow at a CAGR of 5.3% during the forecast period. Since 2009, commercial vehicle sales have increased in China and reached 26.27 million units in 2021. China has adopted several environmental protection-related standards, laws, and regulations. Low-carbon and environmentally friendly transportation is encouraged by the Air Law, which took full effect in 2016. It stipulates that the state must take action to cut back on the use of fossil fuels. This is anticipated to boost the sales of intake filter media over the forecast period. In addition, the Society of Indian Automobile Manufacturers (SIAM) reports that commercial vehicle sales have increased over the past five years. The commercial vehicle sales increased from 856,916 in 2017–2018 to 1,007,311 units in 2018–2019. The country's substantial increase in commercial vehicles throughout the forecast period is anticipated to fuel market growth for intake filter media.

Europe is expected to grow at a CAGR of 3.9%, generating USD 1.97 billion during the forecast period. Regarding the manufacturing and marketing of automobiles, Germany is a significant nation in Europe. Data from the German Association of the Automotive Industry show that the number of commercial vehicles in use in 2019 was 3,889,521, up 3.7% from 2018. It is expected that Germany's significant commercial vehicle sales will drive up demand for intake air filters over the forecast period. Due to industry players' adoption of technological advancements in filtration products, the France intake filter media market is anticipated to expand significantly. For instance, in 2018, Sogefi S.P.A., one of the leading suppliers of filter technology, unveiled a fresh technological development in its filtration system. Three filter layers are a crucial component of Disel3Tech's innovation, significantly improving engine flow and protection.

North American region is expected to grow substantially due to the government's increased implementation of rules, regulations, and standards, as well as industry participants' increasing investments in creating cutting-edge filtration solutions. The USA has seen a rise in the sales of commercial vehicles over the years, as well as high awareness of the need for routine maintenance and the government's adoption of standardized emissions. For instance, the U.S. placed fuel economy and emissions standards for vehicles from 2021 to 2026 in 2020, in which manufacturers must reduce carbon dioxide emissions and increase fuel efficiency for all new vehicles produced over the next six years by 1.5% annually. It is anticipated that such mandates will fuel the growth of the domestic market for intake filter media over the forecast period.

LAMEA region is projected to contribute to the growth of the global market, which is attributed to an increase in vehicle emission standards and a surge in demand for technologies that save fuel and are environmentally friendly. Due to the high spending power of their citizens, nations like South Africa and the UAE make up a significant portion of this region. Throughout the forecast period, factors such as the implementation of strict regulations for limiting vehicle emissions and the rise in demand for fuel-efficient vehicles are anticipated to propel the growth of the LAMEA intake filter media market. Due to several factors, including an increase in the number of OEM plants in the region, a rise in demand for fuel-efficient vehicles, and the implementation of regulations regarding the reduction of emissions from current vehicles, the Latin American region's intake filter media market is anticipated to experience significant growth during the forecast period.