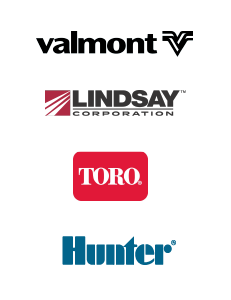 Agriculture and other household activities are highly dependent on water and are severely affected by water shortages. The growing population and changing lifestyle of people are projected to double the demand for water in the coming years. Globally, more than three-quarters of the water is expected to be used by farmers due to the growing demand for food and energy. In the U.S., an average of 9 billion gallons of water is used for outdoor water use each day, particularly for landscape irrigation. About 50% of this water is wasted due to overwatering caused by traditional irrigation methods and technology.

Around one-third of the U.S. individuals pay more for water than electricity due to rising water rates and increasing operational costs. Individuals and farmers worldwide are gradually shifting towards sustainable farming and demanding advanced technologies to reduce costs. As per the test results conducted by the Irrigation Association (IA), the irrigation controllers helps optimizing irrigation and reducing water usage by up to 35% compared to the traditional controllers. These systems tailor watering schedules and run times automatically as per the landscape needs, further driving the market growth.

Novel Innovations in Irrigation Controller to Drive the Market Growth

Smartphones, along with the Internet of Things (IoT), has gained popularity in recent years. These advanced technologies are being deployed and becoming an integral part of several devices in today’s world. The key market players are channelizing efforts to enhance the functionality of the products by integrating smartphone control systems. Most of the smart irrigation controllers are used in the residential sector for convenience and improved watering of lawns. Manufacturers are focusing on upgrading technologies by offering irrigation controllers capable of connecting to smart home voice control systems.

Non-agriculture Sector to Dominate the Market during the Forecast Period

Asia-Pacific is a frontrunner in the irrigation controller market backed by the strong agricultural activities in the region. The emerging countries in the region are primarily dependent on agriculture. The region enjoys more than half of the world’s population, with over 4.3 billion people, particularly in China and India. The ever-growing population and growing demand for food and water have stressed the resources, further prompting a need for irrigation controller systems. The below-mentioned info-graph depicts the estimated market potential for the regions during the forecast period 2020–2029. 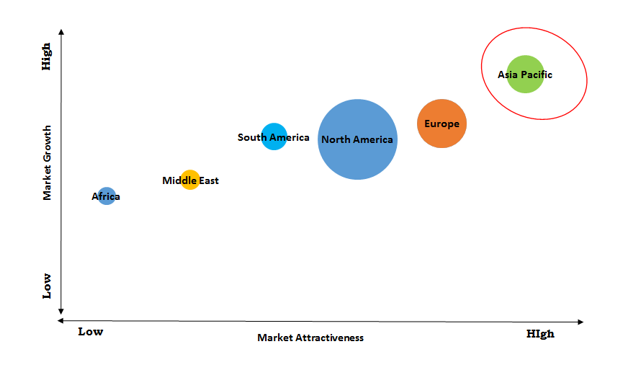 Government initiatives and support from international organizations are promoting the adoption of smart technologies for agricultural practices. The Integrated Modern Agriculture Development (IMAD) project by the World Bank aims to create awareness on climate change and agricultural practices with innovative technologies in China. In addition, the government has decided to spend around USD 300 million on new Agri-infrastructure and farm technologies to ramp up agricultural production in China. This is expected to strengthen the regional market growth for irrigation controllers in the next five years.

Water Shortages in the U.S. and Mexico to Drive North America’s Market Growth

North America is projected to have a steady growth in the irrigation controller market. In recent years, the region is facing water constraints and extreme weather conditions, further prompting the use of irrigation controllers. The depleting freshwater and groundwater resources in the region has compelled the farmers to install systems that reduce water consumption.

As per the statistics recorded by OECD, the U.S. and Mexico have 49% and 42% of water shortage risks, respectively; thus, indicating careful water consumption. In the U.S., a high standard of living and strict government norms for water-saving bolsters the market growth. The below-mentioned info-graph depicts the risk of water shortage in OECE countries for the year 2020–2029. 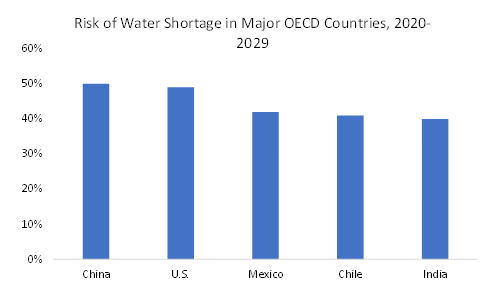 What is the key factor driving Irrigation Controller Market?

Which is the leading segment in the Irrigation Controller Market?

Non-agriculture Segment is expected to be the leading segment in Irrigation Controller Market during the forecast period.

Who are the active players in Irrigation Controller Market?

Which region is expected to hold the highest market share in the Irrigation Controller Market?