LAMEA Genetic testing market, which is essentially an analysis of genes, chromosomes, or proteins, can be used to predict the risk of diseases such as identifying carriers of disease, diagnosing diseases, and determining the likely course of a disease. Other uses of genetic testing include determining disease carriers and diagnosing diseases. Patients who suffer from conditions like sickle cell anaemia, haemophilia, and cystic fibrosis now have access to genetic testing, which makes it much simpler for doctors to diagnose their conditions.

The Middle East and Africa (MEA) area has seen an increase in the incidence of genetic illnesses and cancer, both of which have had a positive influence on the expansion of LAMEA genetic testing market. It is anticipated that customised medical therapy would propel the expansion of the market over the course of the projected period. As the need for fast, accurate, and low-cost testing continues to rise, more and more businesses are considering including actionable suggestions with the results of the tests they conduct. This strategy makes it more probable that customers will purchase individualised services, which in turn increases the level of happiness enjoyed by customers. Patients are able to request tests directly from a laboratory without the need to go through a healthcare professional when they take advantage of direct-to-consumer laboratory testing, which is also known as direct access testing.

The field of pharmacogenomics, often known as drug-gene testing, has made extensive use of genetic testing in recent years. In addition, genetic testing procedures are anticipated to contribute to the expansion of the market over the course of the forecast period. These data can either be utilised to monitor an existing health condition, diagnose a medical problem that has not yet been identified, or offer information on personal health traits.

Additionally, factors such as technological advancements in the field of genetic testing, as well as the rising risk of chromosomal abnormalities as maternal age rises, are estimated to further accelerate the growth rate of the market. This is expected to bring about an increase in the demand for LAMEA genetic testing market. In addition to this, it is anticipated that the increasing prevalence of male and female infertility would also contribute to the expansion of the market.

There are a few reasons that inhibit the expansion of the genetic testing market in Latin America, and one of those aspects is the high cost that is connected with genetic testing. In addition to this, the absence of a reliable standard operating procedure is a source of concern for many people who are concerned about the veracity of genetic results.

It is anticipated that strict legislative requirements for product approvals as well as standardised discussions over genetic test-based diagnoses would act as a barrier to the expansion of the genetic testing market in the MEA region. 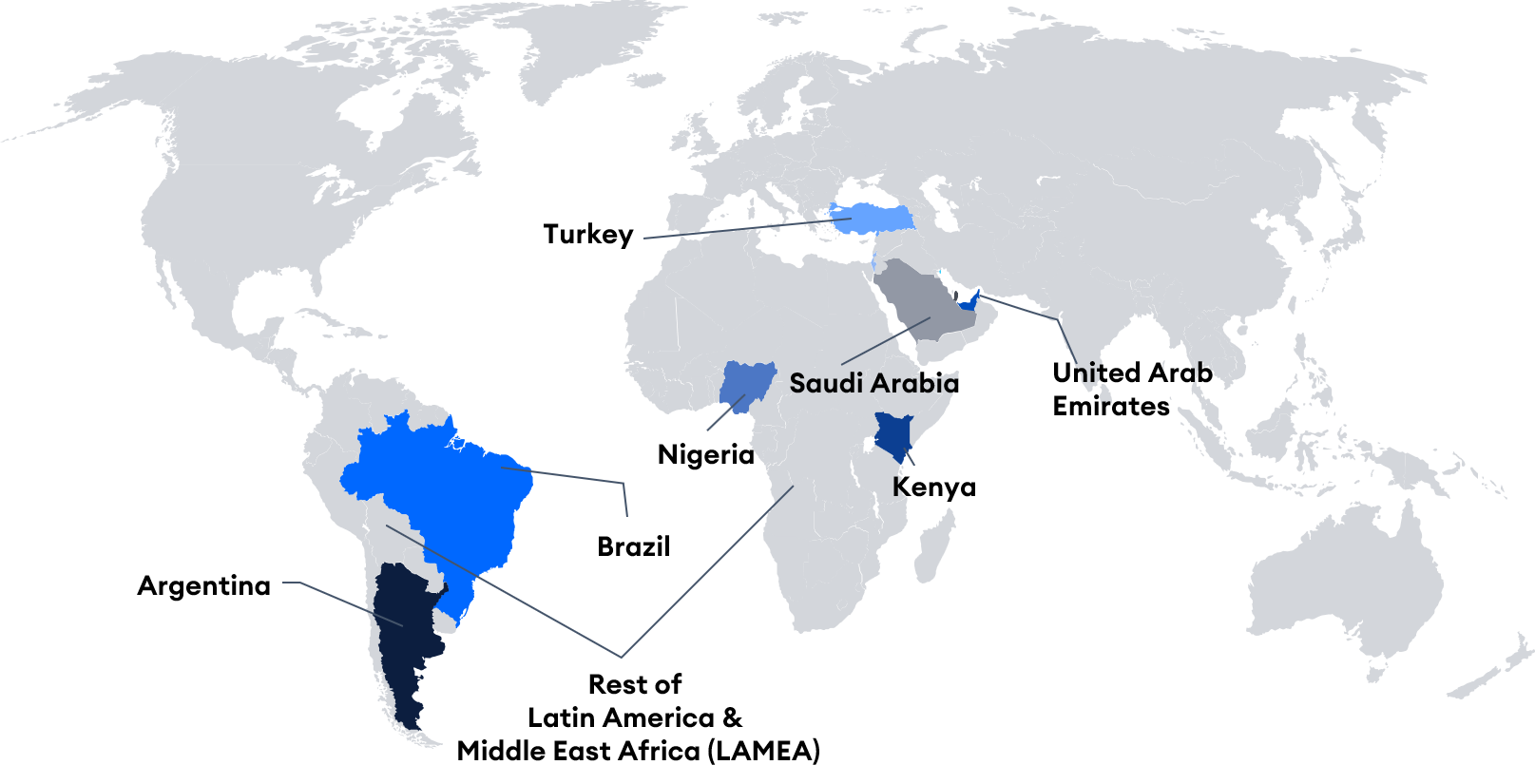 In terms of geography, the MEA is expected to have a moderate proportion of the worldwide genetic testing market by 2020. During the projected period, however, the market in this area is expected to rise at a stable rate. ME has a moderate%age of global markets because to growing consumer interest in tailored treatments and increased demand for direct-to-consumer genetic testing. Furthermore, due to greater affordability, rising healthcare spending, and higher awareness of genetic sickness early diagnosis, the genetic testing industry in this area is developing.

Countries like the United Arab Emirates and Kuwait are increasing their healthcare capital equipment expenditures, the installed base of various types of genetic testing products, the impact of technology using lifeline curves, and changes in healthcare regulatory scenarios, all of which have an impact on the LAMEA genetic testing market.