Minimally invasive surgery (MIS) employs surgical techniques that limit the size and number of incisions during an operation with the help of small tools, cameras, and lights. The procedure is much safer as compared to traditional open surgery as it results in fewer complications, faster recovery, minimal blood loss, accurate results, and shorter hospital stays.

In the last few years, the demand for minimally invasive procedures has been witnessing significant growth due to the rising prevalence of lifestyle disorders, which is further boosting the global minimally invasive surgeries market. Rendering to a recent study, minimally invasive surgery (MIS) resulted in significantly lower hospital costs and surgical complications. Globally, the prevalence of cardiovascular disease (CVD’s), kidney stones, orthopedic disorders, cancer, and arthritis is increasing at an alarming rate, which is subsequently boosting the demand of MIS among the patient pool. Furthermore, the geriatric population is highly susceptible to suffer from various disorders, and the rapidly increasing geriatric population is boosting the market growth.

Additionally, the introduction of high-tech devices and systems, such as robotic surgeries in MIS is projected to boost the market growth to some extent. Robotic surgeries and telemedicine have completely transformed the field of minimally invasive surgeries, which is why, it is witnessing huge demand from surgeons across the globe. For the record, Medtronic offers numerous MIS solutions for the coronary artery ailments. In line with this, leading players are heavily investing in R&D activities to develop technological advanced spinal surgical and stabilization systems based on MIS procedures to sustain in the cut-throat competition. To date, there have been major developments in MIS, such as single-site laparoscopic surgery, needlescopic surgery, robotic surgery, natural orifice transluminal endoscopic surgery (NOTES), and endoscopically assisted laparoscopy. Additionally, the developments in control systems, fiber-optics, and guidance systems are boosting the market growth. Also, the introduction of new products by leading players, such as narrow-band imaging endoscopes and HD cameras are adding fuel to the market growth. Lastly, the utilization of technologically advanced navigation systems will facilitate better procedural outcomes, which will positively influence the market growth in the foreseeable future.

The procedure segment is segmented into laparoscopic surgery, robotic surgery, endoscopic mucosal resection, and endoscopic submucosal dissection. The robotic surgery segment is likely to witness robust growth during the forecast period due to the increasing patient pool suffering from cardiological, urological, neurological, and gynecological disorders. Robotic surgery offers many benefits to patients compared to traditional open surgery, including shorter hospitalization, reduced pain and discomfort, faster recovery time, smaller incision, reduced blood loss, and minimal scarring. For instance, Westchester Medical Center reported a 70% drop-in Intensive Care Unit with the use of Xenex Robots. Moreover, it also offers greater visualization, enhanced dexterity, and greater precision to surgeons. Recent progressions in surgical robots and the advent of high precision products have helped several regulatory clearances. For instance, in 2019, Zimmer Biomet received clearance from the FDA for the use of its latest product ‘Rosa One Brain Application.’ The system enables surgical navigation and positioning for operations associated with neurological body parts.

The end-user segment is trifurcated into the hospital, surgical clinics, and ambulatory surgical centers (ASCs).

The ambulatory surgical center segment is anticipated to witness the fastest growth on account of the rising number of minimally invasive procedures, progression in the field of anesthesia, improved patient experience, legislative fluctuation, and economic pressure. It is witnessing huge patient admission for performing minimally invasive procedures as it enables same-day-discharge. In the U.S., there are over 5,500 Medicare-certified ambulatory surgical centers offering low-cost surgeries to the patients with better scheduling facility. Around 700,000 spine surgeries are being performed in the U.S. every year, which is further boosting the segment growth. Moreover, the demand for outpatient surgeries is increasing gradually as it is highly regulated by the federal and state entities to ensure quality and safety. MIS aids in reducing post-surgical pain and offers speedy recovery, which is why many surgeons are now performing MIS in their clinics. Hence, the growing number of physician-owned ambulatory surgical centers is propelling market growth.

North America is dominating the global minimally invasive surgeries market. The key factors contributing to the exponential growth include the increasing number of chronic ailments coupled with the rising adoption of minimally-invasive surgeries. For instance, over 65 million Americans suffer from lower back problems every year. In the U.S. alone, around 700,000 spine surgeries are performed every year. Moreover, neurosurgery and skull-based surgery are experiencing a paradigm shift. The physicians are using endoscopic techniques to visualize and expunge lesions that were formerly addressed through open surgeries. The benefits offered by minimally-invasive surgeries include less invasiveness, rapid recovery, and low-cost treatment, which have amplified the demand for minimally-invasive devices in the region. Additionally, in the U.S., developments in various surgical devices from established key players are likely to propel the market growth. Other factors driving the market growth include the advancement of healthcare amenities, adoption of new technologies, and rising awareness about new treatment options. 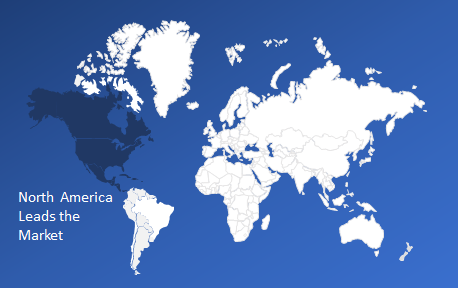 The European market is witnessing significant growth in the minimally invasive surgeries market. The region is backed with the support of the government that is actively working to promote the adoption of minimally invasive surgeries. For instance,  the European Association of Urology launched the EAU Robotic Urology Section (ERUS), a scientific platform for urologists interested in the cutting-edge robotic surgery development. Moreover, France, Spain, Scandinavia, and Germany are some of the major contributors to minimally invasive techniques. For instance, recently, Medrobotics sold its first Flex Robotic System in Europe for gastroenterology applications. The system offers robotic precision, clear 3D visualization, and reduced surgery time.

The Asia Pacific is projected to have the fastest growth in the minimally invasive surgeries market during the forecast period. This can be attributed to the expanding healthcare infrastructure, growing investment in the healthcare sector, rising healthcare expenditure, increasing spending power, rising geriatrics population, technological advancements, and the presence of global healthcare providers in the region. In December 2019, Apollo hospitals launched its first dedicated robot-assisted cardiac surgery unit in India.

The Middle and Africa

What is the key factor driving Minimally Invasive Surgeries Market?

Which region is expected to hold the highest market share in the Minimally Invasive Surgeries Market?

Which is the leading segment in the Minimally Invasive Surgeries Market?

Cardiac Surgery Segment is expected to be the leading segment in Minimally Invasive Surgeries Market during the forecast period.

Who are the active players in Minimally Invasive Surgeries Market?