Understand the influence of COVID-19 on the Pigment Dispersion Market with our analysts monitoring the situation across the globe.

Pigments dispersion are produced and designed to be insoluble particles that can be used to impart colors in a variety of products. A diverse range of pigment chemistries, variety of colors, and end-user requirements pose as a challenge for manufacturers to produce the optimal pigment for a given application. Proper additive and pigment selection are critical in ensuring product efficiency and longevity of performance. Pigments are used in numerous end-use applications such as construction, automobile, aerospace, furniture, printing, and others.

The global demand for vehicles has been on the rise; for instance, total vehicle sales worldwide was around 97 million units in the year 2017. Additionally, the rise in disposable income and increasing consumerism and product visibility are bolstering the sale of automobiles. Similar factors have also affected the sale and manufacture of furniture. There has been significant growth in the number of commercial spaces globally. Many multinational conglomerates are shifting to economies where they have access to cheap labor and skilled workers, which has led to new office spaces and, in turn, stimulated demand for furniture buying. Additionally, increasing population and rapid urbanization have led to construction market growth. The global construction market is expected to reach a value fo USD 8 trillion by the year 2030.

The global pigment dispersion market is segmented on the basis of type and end use.

On the basis of type, the market is segmented into organic and inorganic. The inorganic segment is anticipated to dominate the market, owing to the easy availability and properties that exhibit superiority as compared to organic pigment. However, organic pigment are expected to grow significantly as several research projects are being undertaken to establish organic pigment as preferred pigment for different end-use applications.

On the basis of end-use, it is segmented into construction, automobile, aerospace, furniture, printing, and others. Construction segment is expected to dominate the market owing to various infrastructure developments such as construction of roadways, railways, residential and commercial buildings and other government initiatives such as promoting affordable housing to cater the require of the ever-increasing population. 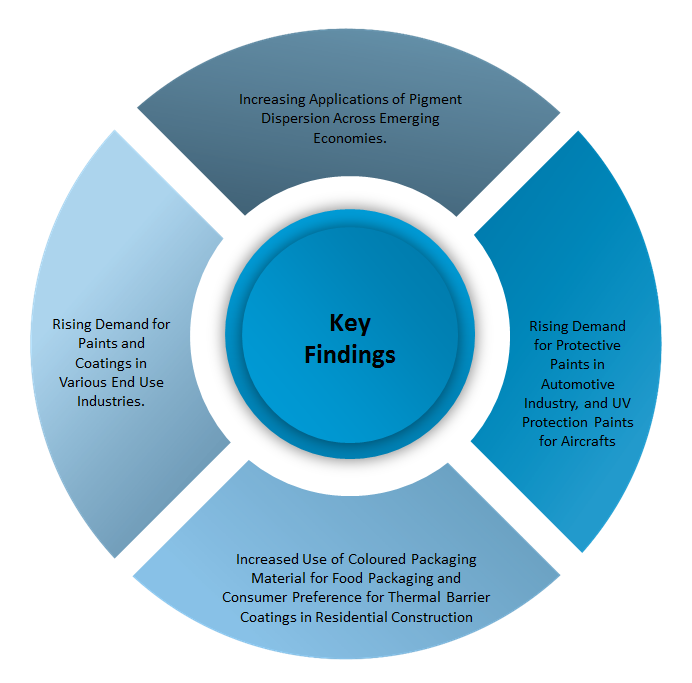 North America is expected to command the market. Pigment dispersion are used in various applications such as automobile, aircraft, and others to provide distinguishing colors for a longer period. The U.S. is one of the significant exporters of cars and vehicle parts. Additionally, it has also registered significant numbers in the exports of planes, helicopters, and spacecraft in the same year with exports of around USD 54 billion. Mexico holds a considerable position in car exports and vehicle parts with its export value in 2017 at USD 45 billion and USD 28 billion respectively. These factors are expected to boost the market positively in the region.

Europe is expected to witness considerable growth in the market. Pigment dispersion has applications in end-use industries such as automobiles and furniture to provide the colour which protects them from various damages and gives them distinguishing properties. Prominent presence in the furniture and automobile industries is expected to provide significant growth in this market.  For instance, Eurpoe is home for notable automobile manufacturing companies such as Daimler and Ferrari, among others. The total value of cars exported from Europe were around USD 387 billion with Germany, U.K. and Spain leading the exports in Europe. Moreover, the furniture market in Europe has a strong global presence owing to the availability of superior technology and access to resources.

Asia-Pacific is expected to register significant growth in this market owing to the presence of emerging economies such as Malaysia, Singapore, India, among others. Pigments are used in the food packaging industry to provide attractive packaging to packaged food and other goods. They are also used in printing inks to impart specific colors to them to give them lasting and attractive colors. Attractive packaging and vibrant colors tend to increase consumer preference for the products. Asia-Pacific is experiencing surging population and their increasing disposable income due to the presence of many multi-national conglomerates aided by cheap and skilled labor, which has the potential to save on costs and increase the company’s profits. Additionally, trading of consumer goods has been on a steady rise, especially in countries such as India, China, among others. For instance, the FMCG sector in India is worth around USD 52.75 billion during the financial year 2017–2018. These factors are expected to provide significant growth in this market.

What will be the Future Developments in the Pigments Dispersion Market? 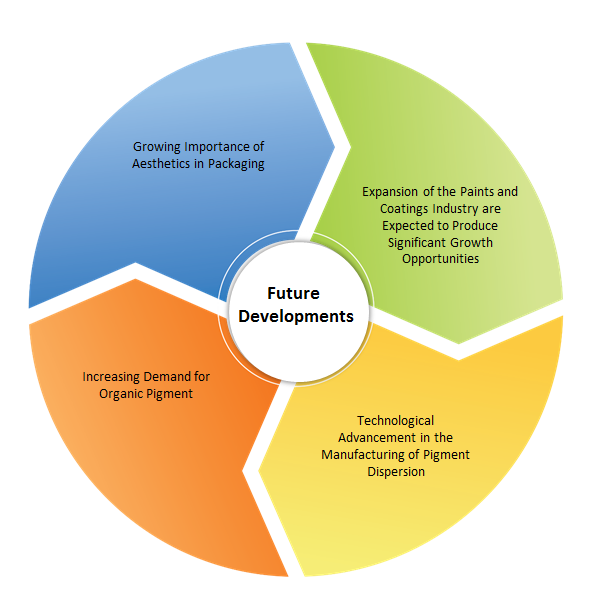 What Details Does the Pigments Dispersion Market Report Cover? 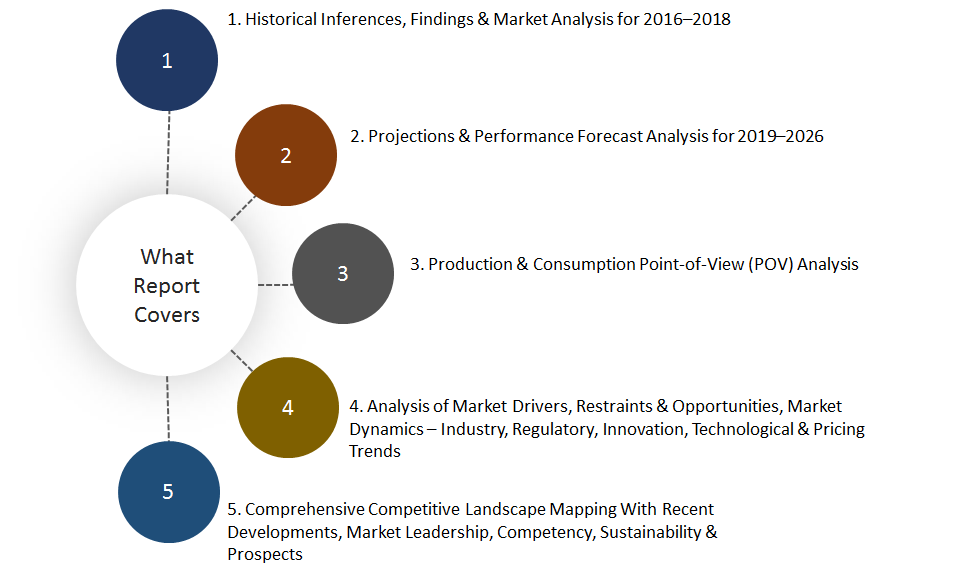