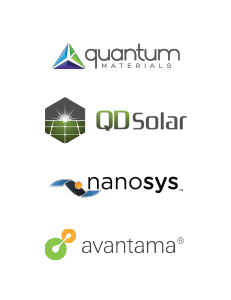 A quantum dot solar cell is a class of solar cell that utilizes quantum dots as the photovoltaic material and is witnessing huge demand for replacing conventional heavy materials used in solar cells such as silicon and copper indium gallium selenide (CIGS), among others, owing to its advantages over other materials.

Quantum dots have bandgaps that can be varied through a wide array of energy levels as compared to conventional solar cells, and this improves the efficiency of these types of solar cells. These cells help reduce costs and improve overall electrical conductivity with minimal losses. Increasing government and private investments are likely to create upswings for market growth.

Adoption of Green Technologies by Countries to Propel the Market Growth

Rising global temperatures have nudged governments and private organizations to take active steps to mitigate the adverse effects of global warming. The Paris agreement, signed in 2015, stipulates that countries must take steps to reduce the global carbon footprint. Governments are providing tax rebates and subsidies to companies that are willing to switch towards green technologies. This is nudging the companies to invest in technologies that are less carbon-emitting. Solar cell manufacturers are looking to improve the efficiency of conventional silicon solar cell technology and quantum dots technology. Thus, increasing the application of quantum dot solar cell technology is likely to create upswings for the quantum dot solar cell market growth.

The widespread adoption of renewable energy worldwide will present umpteen opportunities across the supply chain. As per the International Renewable Energy Agency (IREA), the renewable energy sector employed around 12 million people in 2018, with countries such as the U.S., China, and those in Europe, are the leaders in terms of job opportunities.

The solar cell segment remained the largest employer among other renewable energy segments. Furthermore, the active adoption of solar technologies is likely to bring about substantial socio-economic benefits in terms of jobs for the local population, and this will positively influence GDP growth. As per the International Renewable Energy Agency, by 2050, the renewable energy transformation will probably add around USD 98 trillion and a 14.1% increase in job offerings.

Globally, countries are looking for alternatives for fossil fuels, resulting in increased funding in the R&D of newer technologies, such as solar cells.  The cost of solar energy continues to be lucrative, which is propelling the adoption of solar cells worldwide. Increasing consumer awareness about the ill effects of climate change is a nudging shift towards cleaner technologies. This includes the shift from a conventional fossil fuel-intensive electrical current grid to a renewable energy grid.

As per the Solar Energy Industries Association, the residential solar energy segment witnessed around 6.8% growth from the year 2017 to 2018, and around 314,500 homes were installed solar systems in2018. Furthermore, governments are introducing an alternative income generation scheme by introducing the 'Net Metering' concept to help consumers earn incentives for producing excessive electricity with solar systems, further driving the market growth.

Companies are introducing new solar systems for homes with high production capacities to considerably reduced electricity bills. For instance, Tesla, in December 2019, launched a new solar system that produces around 15 kW of electrical energy to run all of the household devices.

Asia-Pacific is not only the biggest but also one of the most diverse regions in terms of land area and population. The region's economic outlook continues to be strong and dynamic. It comprises economies that are emerging as key manufacturing hubs, with the abundant availability of natural resources and inexpensive labor attracting investments. As per the U.N. Economic and Social Commission for Asia-Pacific (UNESCAP), the region attracted around 45% of the global foreign direct investment (FDI) and accounted for about 52% of global FDI outflows in 2018; India and China are the two growth engines for the regional market.

Construction is expected to be one of the most dynamic sectors in the coming years and plays a crucial role in the prosperity of societies globally. As per the data available by Oxford Economics, the global construction sector is likely to grow by USD 8 trillion and this growth is expected to be driven by China, the U.S., and India. It is also estimated that the construction market of India is slated to increase twice as fast as China.

The government of India is undertaking a smart city mission that aims to foster sustainable and inclusive cities. This highlights the growing potential of quantum dot solar cells that can be used in solar panels for installation on the building tops and in households to exploit solar energy.

Increasing government subsidies in countries such as India and China have led to investments in the construction sector to meet the growing demand for housing and infrastructure. In countries such as India, government-supported projects such as Pradhan Mantri Awas Yojana, whose mission is to provide housing for all till the year 2022, are leading to an upsurge in the residential housing construction sector, further driving the market growth.

Agriculture, with its associated sectors, is the largest source of livelihood in India. Around 70% of India's rural households primarily depend on agriculture. In the year 2017–18, the total food grain production was estimated at 275 million tonnes (M.T.). As per the Department of Promotion of Industry and Internal Trade (DPIIT), the Indian food processing industry has attracted a heavy foreign direct investment equity inflow of approximately USD 9780 million.

The government of India is nudging farmers to adopt solar water pumps by offering them attractive subsidies. The goal is to replace all conventional electric water pumps with solar water pumps, which will lead to a considerable saving of electricity. Lastly, the ability to generate one's electricity and use it in times of natural calamities, such as the recent bushfire in Australia, cyclones in India,and typhoons in Japan, is boosting the quantum dot solar cell market growth.

However, the recent coronavirus pandemic has created a disruption in the financial markets and the supply chain globally. This has led to a raw material scarcity that is mainly procured from China, which is likely to increase the prices of the solar cell market and hamper the market growth.