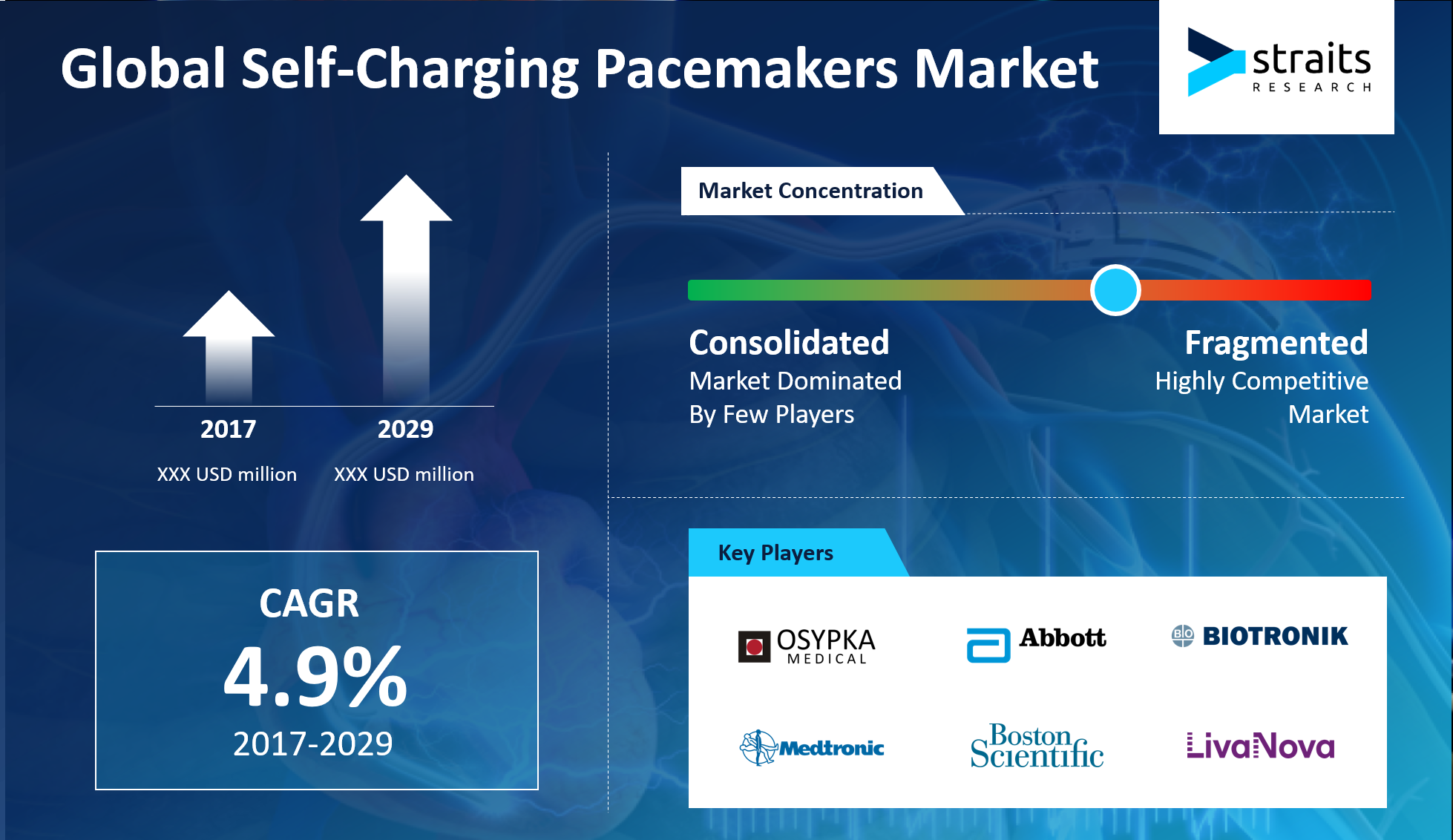 Rising Burden of CVDs  across the Globe

Coronary heart disorder is one of the primary reasons for deaths globally. For instance, as per the reports from the World Health Organization, around 17.9 million people die of CVD related deaths globally. Further, the novel coronavirus outbreak has severely affected patients suffering from cardiovascular disease. The spread of COVID-19 triggered an economic impact on the healthcare and medical device industry.

According to the American Heart Association, reported in 2020, so far COVID-19 has affected 185 countries and more than 30,00,000 patients globally, further driving the need for pacemakers and innovations and developments. For instance, a number of studies have undergone that is funded by a five-year NIH Director's Transformative Research Award to develop better and efficient self-charging pacemakers and test them on animal models.

Increasing demand from both patients as well as medical practitioners to develop components and support innovations for various pacemaker implantations with improved and minimally invasive procedures is one of the key factors driving the growth of the market. For instance, conventional pacemakers powered by recent technological advances often contain batteries that can be rigid or bulky and may need replacements routinely over a lifetime. Thus, this makes its usage complicated and invasive.

In addition, advantageous payment procedures, such as the U.S. Medicare scheme and the U.K. NHS, are among the main factors that fuel the demand. Many medical device companies such as Boston Scientific Company and Medtronic are now selling new devices that support patients and are protected by reimbursement packages. For instance, in May 2020, BIOTRONIK’s home monitoring system offered a cost-efficient yet safe remote management and monitoring service of pacemaker patients. These services have been of significant importance for routine checkups and follow-ups during the times of the COVID-19 pandemic.

Several new developments and safer alternatives have been developed that turn the normal and daily movements of a patient into electricity. For instance, a research group from South Korea developed a self-charging pacemaker using a thin and flexible piezoelectric nanogenerator. The generated energy could be used when powering an implanted pacemaker to provide real-time monitoring of heart functions.

The arrhythmias segment dominates the market due to its increasing adoption for the treatment of heart failure and arrhythmias. As per the CDC, in 2017, arrhythmia was seen tobe affecting approximately 2.7 to 6.1 million people in the U.S.As per the European Medical Group, in 2019, the total prevalence of people with atrial fibrillation and atrial flutter is 12,32,144 in the U.K.On the other hand, congestive heart failure is expected to be the second-fastest-growing segment. As per the CDC, in December 2019, around 6.5 million adults in the U.S. suffered from heart failure.

The hospitals and cardiac centers offer superior care to their patients and provide various reimbursement policies. Thus, the segment is witnessing steady growth. For instance, the American Heart Association reports that the number of patients admitted due to cardiac arrest is expected to rise nearly by 23.6 million by 2030. Owing to such a rapid rise in patient volume and public awareness, the sale of advanced pacemakers like self-charging pacemakers have seen a boost.

North America dominates the self-charging pacemakers market on account of the increasing geriatric population with cardiac diseases, rapid technological advancements, such as MRI compatible pacemakers and Bluetooth enabled pacemakers and the growing number of regulatory approvals. Further, rising incidences of cardiac disorders and the presence of key players boost the market growth.

In Asia-Pacific, the market is anticipated to show lucrative growth over the forecast period. The high growth rate can be attributed to the greater market penetration by the key players in the regional market. Furthermore, investments in the healthcare sector in emerging economies, such as Japan, India, and China have given the regional market a steady boost.

Which is the leading segment in the Self-Charging Pacemakers Market?

Hospital Segment is expected to be the leading segment in Self-Charging Pacemakers Market during the forecast period.

Who are the active players in Self-Charging Pacemakers Market?

Which region is expected to hold the highest market share in the Self-Charging Pacemakers Market?

What is the key factor driving Self-Charging Pacemakers Market?

The rising burden of CVDs across the globe, growing demand for safer and technologically advanced devices are the key factors expected to drive Self-Charging Pacemakers Market during the forecast period.