Starter feed is a protein-dense variety of feed designed to meet the dietary requirements of poultry. Starter feed has been witnessing a significant demand as it reduces the risk of livestock diseases and enhances the immune system, digestion, and feed consumption of poultry. Increasing the global population is subsequently surging the demand for meat and dairy products, further driving the demand for starter feed. As per the figures recorded by Our World in Data, globally, about 320 million tons of meat is produced each year.

Globally, there is a rise in population and is expected to grow further throughout the estimated time period. Growing demand for meat and poultry products is expected to augment the sales for starter feed market. Starter feed is an effective substitute to the conventional feed used in the poultry farms. 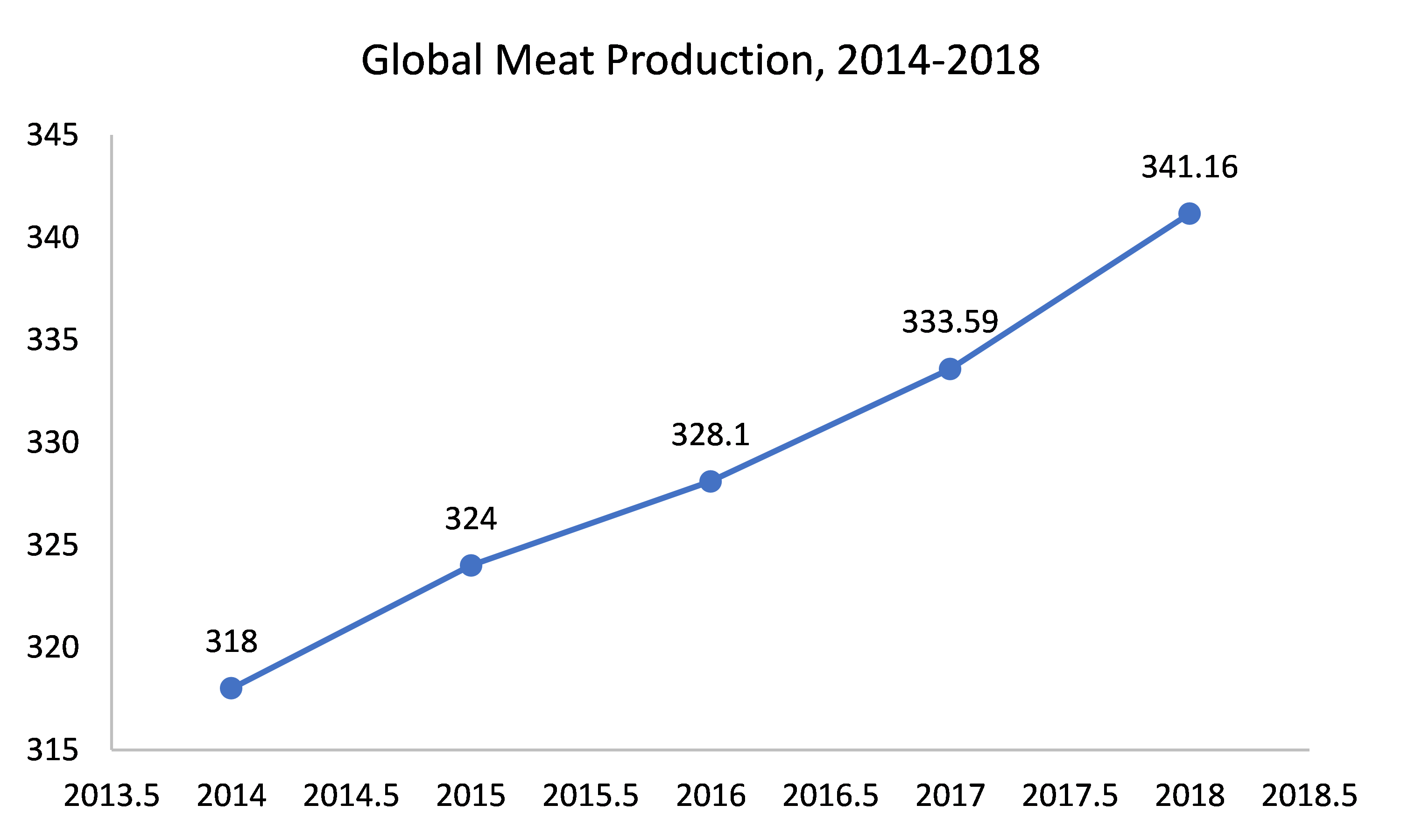 Rising Demand for Protein Powder to Drive the Market Growth

The protein powder and health products have been witnessing significant growth on account of rising health awareness and changing lifestyles. As per the United States Department of Agriculture (USDA) report, in the U.S., the total egg production was valued at around 97 billion in 2015 and reached about 102 billion eggs in 2016. The market is witnessing a significant surge in demand for dairy and poultry products, especially in developing countries. The below-mentioned info-graph depicts the average per capita egg consumption in 2017. 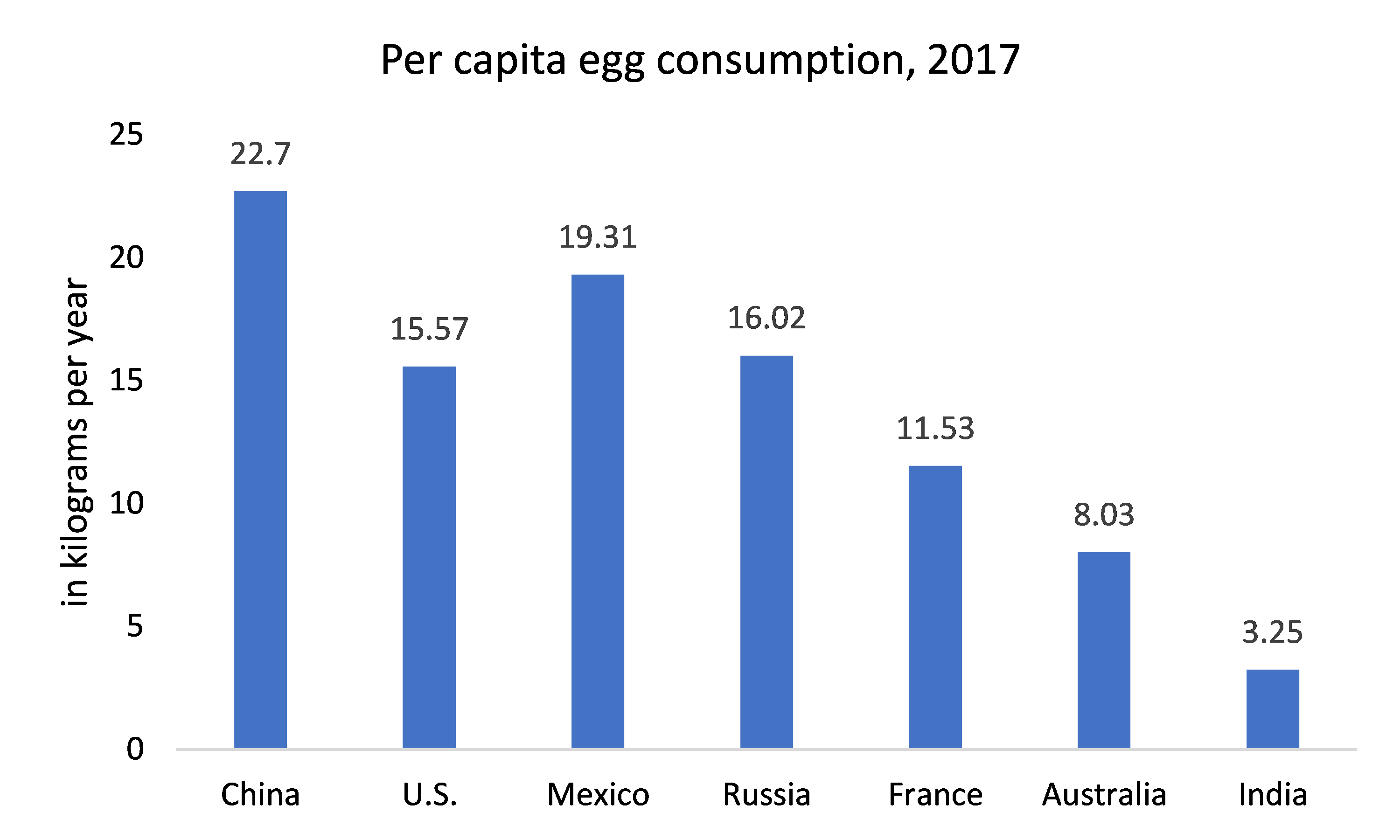 As per the UN Food and Agriculture Organization (FAO), the per capita egg consumption in China was 22.35 kilograms in the year 2016 and reached 22.7 kilograms in the year 2017. Around 2.3 kilograms of starter feed is required to produce one kilogram of eggs. Thus, the rising per capita egg consumption around the world is encouraging poultry farming which is further expected to have a positive impact on the starter feed market.

Changing dietary patterns across the globe has led to low calcium intake which may have adverse effects on bone health among children and adults. Additionally, the low calcium intake contributes to diminished bone density and an increased risk of fractures. According to the International Osteoporosis Foundation projections, more than 50 percent of osteoporotic hip fractures will occur in Asia by the year 2050, which may likely surge the demand for calcium-rich foods. The main foods rich in calcium are dairy products like milk, cheese, and yogurt, thus prompting higher consumption of milk. According to the statistics published by FAO, the world currently produces around 800 million tons of milk each year and is expected to rise further. 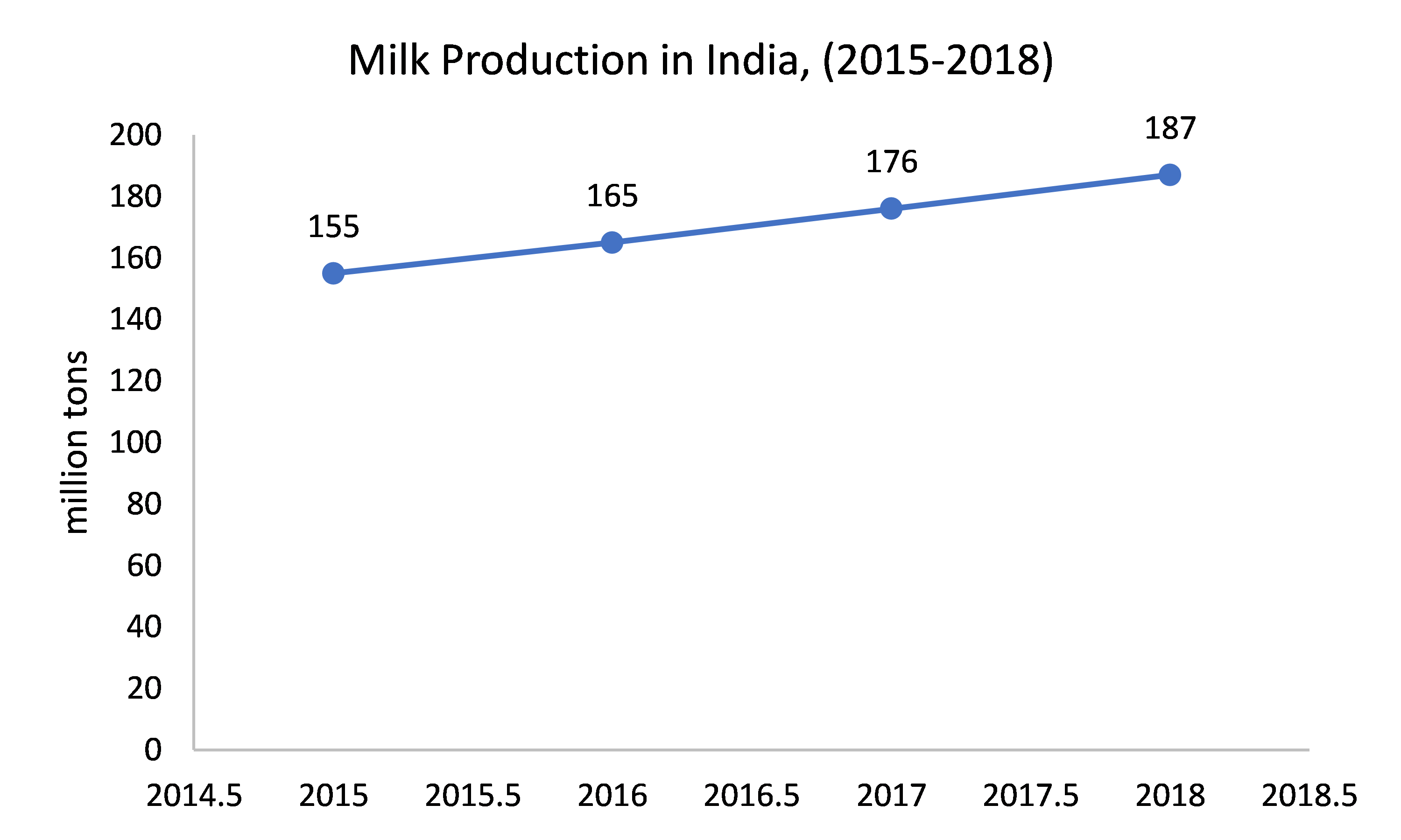 In 2018, India had the highest milk production with 187.9 million tons followed by the U.S. with 98.72 million tons, suggesting higher consumption of starter feed in the Asia-Pacific region. Increasing demand for milk and dairy products has thus compelled the farmers to feed cattle with starter feed to ensure a healthy and profitable calf crop.

The medicated starter feed segment is projected to witness significant growth during the forecast period as it aids in building strong immunity and acts as an alternative to vaccines. The medicated starter feed is used for piglets to lower the incidence of cervical lymphadenitis, caused by Streptococci of Group E. Additionally, coccidiosis is a common intestinal disease found in chickens that can be prevented using medicated starter feed, further driving the market growth. On the other hand, the pellets segment is projected to grow with a significant CAGR on account of it offers several advantages, including easy handling and longer shelf-life.

North America is expected to dominate the market as the region is backed by the presence of the U.S., which has one of the consumers of poultry products. As per the estimations of the United States Department of Agriculture (USDA), the global export of beef, pork, and broiler meat, is projected to increase by 5%, 2%, and 1%, respectively. On the other hand, the global production of beef and veal, pork and broiler meat is projected to reach 63 million tons, 113 million tons, and 92 million tons, respectively, in 2018. The below info-graph depicts the meat production in Europe, Asia, and North America in 2010–2018. 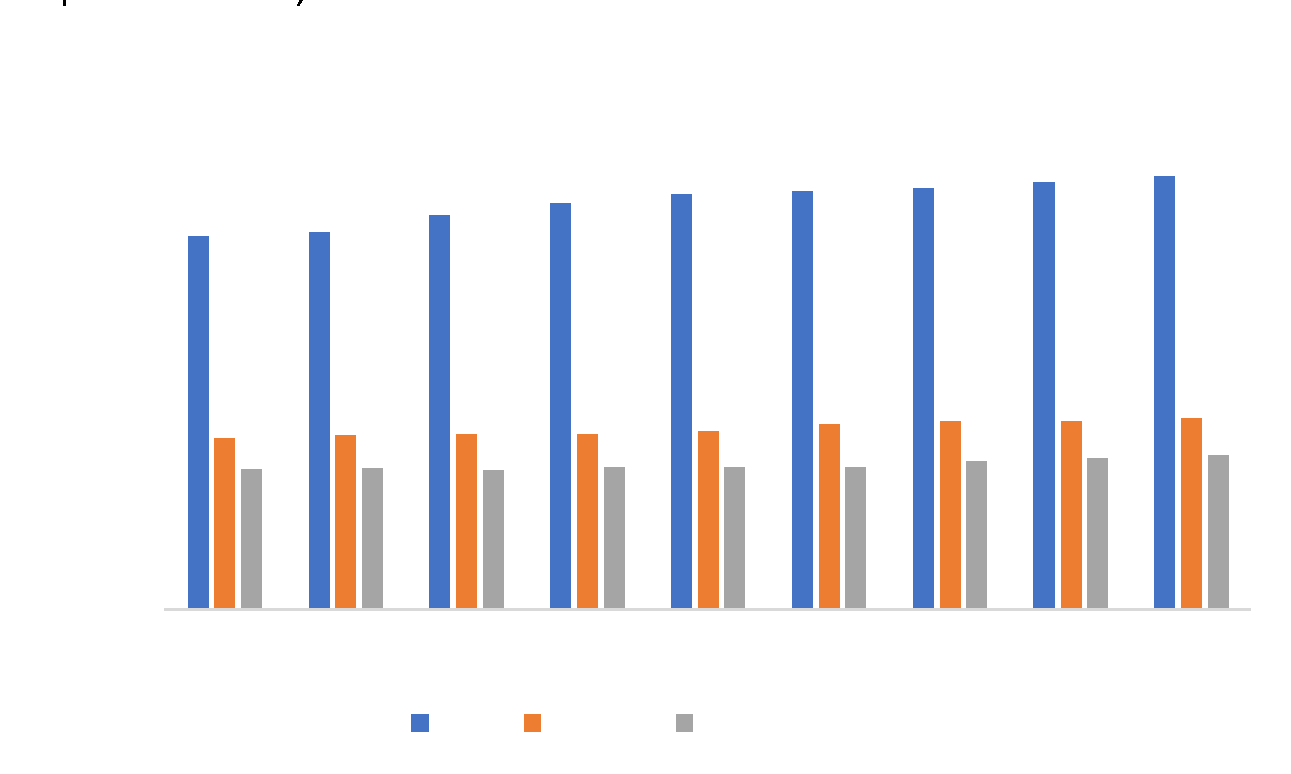 Asia-Pacific is expected to witness significant growth in the starter feed market. Increasing awareness regarding livestock health and the growing consumption of poultry and meat products drives the market growth. Asia is the largest meat producer, accounting for around 40-45% of total meat production. The region is also backed by the presence of leading players that are actively working to gain a competitive edge. For instance, in January 2018, Cargill Incorporation invested about USD 10 million to establish a fish feed plant in Andhra Pradesh, India, with the capacity to produce about 90, 000 tons of feed, further driving the market growth.

The U.K. and Germany to Witness A Considerable Surge in the Demand for Poultry Products

In Europe, the U.K. and Germany are witnessing a considerable surge in demand for poultry products. As per the Department of Environment Food and Rural Affairs, in the U.K., animal feed production rose by 10%, 6.6%, and 3.7% for sheep, cattle, and calves, and pigs and in December 2017.

What is the key factor driving Starter Feed Market?

Who are the active players in Starter Feed Market?

Which region is expected to hold the highest market share in the Starter Feed Market?

Which is the leading segment in the Starter Feed Market?

Medicated Type Segment is expected to be the leading segment in Starter Feed Market during the forecast period.