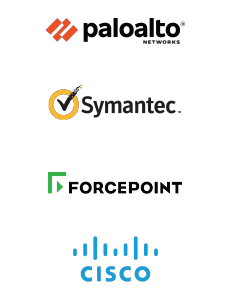 The conventional security model based on the ‘castle and moat concept’ has proven to be a failure in safeguarding IT infrastructure from internal threats that primarily cover malicious insiders and inadvertent actors. As per the data analyzed by IBM in ‘Cyber Security Intelligence Index 2015’, 55% of all cyber-attacks occurred due to malicious internal threats. Among them, the major ones that have increased the market risk are ‘Shellshock’ and ‘Heartbleed’, which allowed a rise in unauthorized access incidents, rising to around 37% in 2014, from 19% in 2013.

A large rise in the number of social media, cloud, mobility, and other users has paved the way for insider threats to intrude into the networks, thus causing significant losses to the IT infrastructure in terms of privacy and cost. In 2017, companies adopted various (Software as a service) SaaS-based applications, recording a growth by 33% as compared to the previous year’s data. Furthermore, it is also observed that by 2020, around 73% of organizations will be adopting SaaS-based applications, thereby introducing various insider security threats. Some of them are listed below.

Factors covered in the scenario mentioned above are introducing major threats in the current business model. Unless these challenges and deficiencies are addressed effectively, the risk of data and asset loss lies in the major category. This scenario has given rise to a new model termed as ‘Zero trust security’, which possesses the potential to substantially change and improve agencies’ abilities to protect their systems and data. 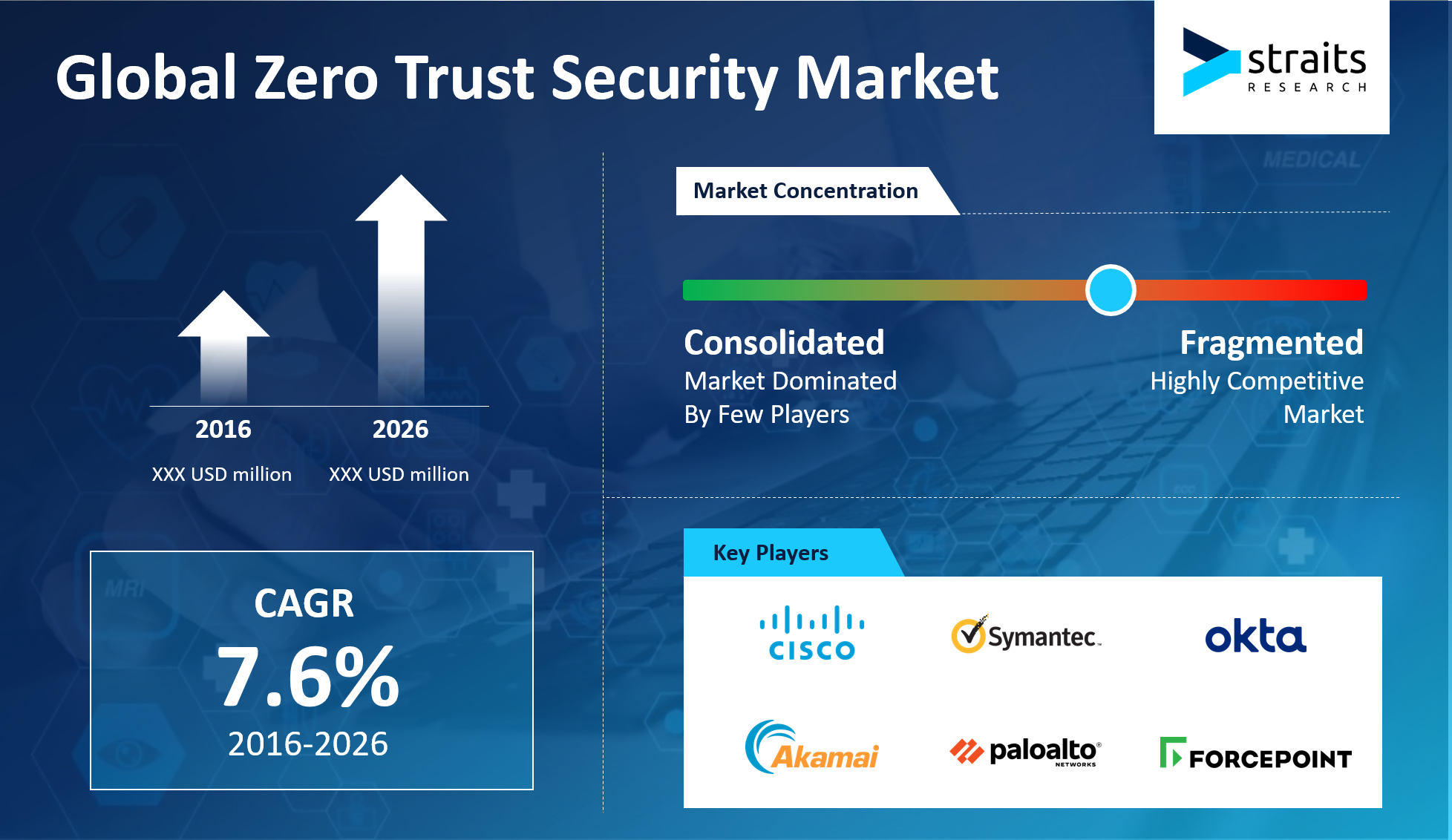 The ZT model operates by satisfying the below characteristics, by treating all users, service request, and data the same. Major characteristics that modern IT infrastructure needs to focus on are:

ZT operates by shifting from traditional security policy, where all assets in an organization are open and accessible to every user to continuous authentication and authorization for any asset to be accessible. Rapid transition towards the adoption of this concept in the working model by various organizations has influenced the market growth in a positive manner, for instance, the decision of Federal Deposit Insurance Corp. (FDIC) to shrink its security parameter and move towards the zero-trust environment has widened the demand for this technology in the IT, telecom and BFSI sector. Integration of zero trust architecture into daily use applications, including mails, data storage platforms, and many others, has fuelled the adoption of the product, thus creating a profitable market scenario during the forecast period 2019-2026. In June 2019, CipherCloud, one of the leading companies in cloud security, announced the new feature of email security in its CipherCloud Zero Trust CASB+ platform, combining zero trust threat prevention with industry-leading data protection technologies.

Rapid growth in the number of targeted cyber-attacks across all the industrial sectors has raised the demand for effective security measures to reduce the enormous economic impact resulted from rising attacks. Recent cyber-attacks targeting the major German conglomerate, including BASF, Siemens, Henkel, has created an alarming scenario among the enterprises, which in turn has raised the demand for zero-trust security solutions.

The manufacturing sector has been a lucrative target for cyber attackers, owing to the extensive growth of digital IP content in the industry 4.0 concept. The content can be product design, a manufacturing process, or any information. Weak security configurations also lead to unintended leakage of proprietary information, thereby creating a considerable loss. The below chart depicts the IP based threats in various industrial sectors.

Endpoint Security to Seize the Major Share in the Market

End-point attacks are one of the major factors responsible for half of all enterprise data breaches. Data Breach Investigation Report released in 2018 by Verizon Wireless stated that hackers are focusing on poor endpoint security for launching cyber-attacks. About 14.5% of more than 2,200 data breaches across 65 nations primarily involved remote attacks against point-of-sale (POS) terminals and controllers. Ransomware, which particularly represents 56% of all malware, also attached through web apps if the device has poor endpoint security. The growing trend of BYOD within the enterprises having multiple access to critical enterprise data has also created a large demand for zero-trust security solutions.

In December 2018, Symantec Corp, one of the leading companies in cybersecurity products, partnered with Symantec Corp to provide the users with the most comprehensive and robust security solutions. It mainly focuses on the integration of Fortinet’s industry-leading Next-Generation Firewall (NGFW) and Symantec’s cloud-delivered Web Security Service (WSS). This technology would primarily provide security controls across endpoint, network, and cloud environments.

Energy and Power has Emerged as a Prime Target for Cyberattacks

Various digital technologies are integrated into different ecosystems such as upstream, midstream, downstream in different aspects of business, which significantly complicates the security landscape. First, these companies are likely to witness certain ripple effects, including spill, attack, or any other socio-political events. Second, the integration of new technologies such as big data analytics, drones, and technologies for monitoring environmental issues could create additional vulnerabilities. Thus, it is essential to tighten the network security and allocate budget for its strengthening. Moreover, the increasing number of data breaches in the energy and power sector has increased the demand for effective security solutions. In 2016, SHAPESHIFT wiper malware attacked half dozen Saudi Arabian organizations including petrochemical companies. It also attempted to wipe out computer data at Saudi Aramco and RasGas in 2012, 2016, and 2017.

North America to Hold a Large Share in Market, Supported by Increased Implementation of Industry 4.0 in the U.S.

The European market is primarily influenced by strict laws and regulations for imparting data privacy and integrity. Adoption of GDPR policy in the region has made it mandatory for the companies to protect the personal data of the citizens with effective security measures, non-compliance of this rule will result in healthy fines up to USD 22 million.

Asia Pacific (APAC) is one of the more lucrative areas for cyberattacks than North America and Europe due to its rapidly growing digital connectivity, inadequate awareness about cybersecurity, and subtle government regulations. Below figure depicts the growth of the IoT market in the region from the year 2015-2019: 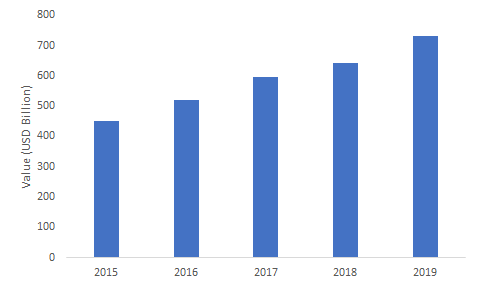 Some of the major players operating in the market are Cisco, Akamai, Palo Alto Networks, Symantec, OKTa, Forcepoint, Centrify, Cyxtera Technologies, Illumio, Google, Microsoft, and others.

Akamai technologies presently aim to expand their presence in the market by convincing companies that firewalls, anti-virus software in information-technology systems will no longer keep hackers, bots, and malware out. The company has also acquired Soha Systems Inc., a cloud-security startup, in October 2016, and a year later, it bought Nominum Inc., a cybersecurity company, both for undisclosed amounts, thus growing its presence in the market.

What is the key factor driving Zero trust Security Market?

Rapid growth in the number of targeted cyber-attacks, rapid Growth of IoT Market are the key factors expected to drive Zero trust Security Market during the forecast period.

Which is the leading segment in the Zero trust Security Market?

Endpoint Security Segment is expected to be the leading segment in Zero trust Security Market during the forecast period.

Which region is expected to hold the highest market share in the Zero trust Security Market?

Who are the active players in Zero trust Security Market?