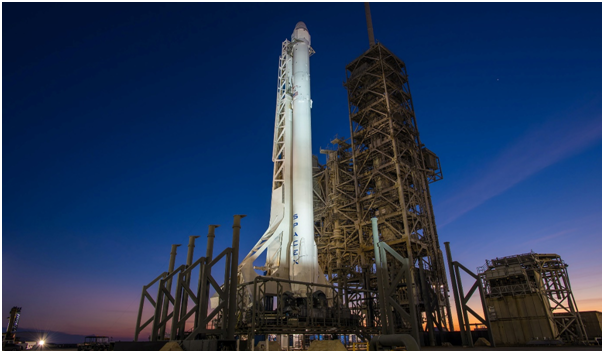 Current State of the Aerospace and Defense Industry

On the other hand, the defense sector is expected to continue its operations smoothly and seamlessly in 2021 as the majority of countries have not altered defense budgets and remained committed to continuing their defense capabilities. Due to the ongoing disruption in the global supply chain, a few military programs can face minor increases in operation costs and schedule delays in 2021.

The demand for defense equipment is increasing as governments across the globe have shifted their focus on defense modernization due to the heightening global security concerns. The ambiguity and growing complexity of international security are expected to boost global military expenditure over the next five years.

By the end of this year, military expenses and revenues for military contractors are expected to remain persistent as the defense program continues to be vital to national defense, especially when geopolitical relations are considered. The overall military expenditure is expected to grow at a CAGR of around 3% and reach USD2.1 trillion by the end of 2023.

In Asia-Pacific, higher military expenditure by leading powers such as China, Japan, and India can contribute to the overall growth sector. In Europe, NATO members are multiplying military budgets to reach a military spending target of 2% of GDP. The ongoing geopolitical tensions in the Middle East are creating a high demand for defense weapons and equipment.

Soaring global military expenditure would give rise to more lucrative opportunities for military contractors and their supply chains. To meet the growing demand and enhance production yields, military companies should leverage increasingly agile production that adapts to changing demands, such as digital technologies. For example, shifting to smart factory initiatives could drive at least a 10–12% gain in factory utilization and workforce productivity without major investments.

The top 7 Aerospace and Defense companies in 2021 are discussed below, with an emphasis on their revenue and recent developments:

Headquartered in Chicago, the U.S., Boeing reported revenue of USD101.12 billion, registering a YOY revenue growth of 8%. The company’s revenue growth was driven by robust development across its portfolio. Moreover, Boeing also had an overall backlog of USD 490 billion, including around 5,900 commercial aircraft.

The company specializes in Boeing Capital, Commercial Airplanes, Defense, Space and Security, and Global Services segments. Boeing offers a wide range of commercial aircraft such as Boeing 787, 747, 777, 737, and 767 airplanes.

Lockheed Martin Corporation — a major aerospace, defense, security, and advanced technologies company located in Bethesda, Maryland (the U.S.) — reported revenue of USD 53.76 billion in 2018, marking a 7.6% increase over the previous year. The company witnessed higher sales volumes in segments, such as Missiles and Fire Control and Aeronautics, Rotary, and Mission Systems, contributing over 66% of its overall revenue.

The biggest Aerospace and Defense company in Europe, Airbus reported revenue of USD 72.86 billion in 2018, marking an increase of 8% over the previous year. The majority of the company’s revenue came from commercial aircraft, trailed by telecommunication satellites, helicopters, and tanker aircraft. Some well-known products offered by Airbus include A380, A220, A320, A350, and A330 passenger aircraft, along with H175, H125, H145, and H225 helicopters.

The company has headquarters in the Netherlands and serves the security, defense, and commercial markets through its business segments, namely, Airbus Helicopters, Airbus Commercial Aircraft, and Airbus Defense and Space.

Established in 1899, General Dynamics Corporation is one of the oldest companies. The company is a military contractor, offering contracts to the Pentagon, which contributes majority of its revenue. General Dynamics operates in Mission Systems, Combat Systems, Information Technology, Aerospace, and Marine Systems, with Aerospace and Marine Systems segments contributing to over 46% of its overall revenue.

The company’s product portfolio includes C4ISR, combat vehicles, merchant vehicles, weapons systems, business aircraft, munitions, and information technology. The net sales in 2018 were USD 36.19 billion due to consistent revenue growth in all five segments. Net earnings for 2018 stood at USD3.4 billion, while the overall backlog at the end of the year increased to USD 67.9 billion by 7.4% YOY.

Northrop Grumman Corporation is an Aerospace and Defense-based Technology Company with approximately 97,000 employees throughout the U.S. and present in over 25 countries across the world. It is a leading global security company specializing in designing and manufacturing innovative systems, products, and solutions in logistics, autonomous systems, cybersecurity, space, C4ISR, strike, and modernization to global customers.

The company works on space systems, aeronautics systems, mission systems, and defense systems. Moreover, it also manufactures weapons for military jets such as the F-22 and the F-12 fighters. Besides, the company designs space satellites, unmanned air vehicles (UAVs), and several other military-related equipments. Northrop Grumman Corporation registered revenue of USD 33.84 billion in 2019, of which the defense segment contributed USD 28.6 billion.

No list of Aerospace and Defense companies can be complete without the inclusion of Elon Musk’s SpaceX. It is the youngest company on the list but surely not an underdog. The company has actively been at the core of several innovations that made it possible to be the first company to create a reliable and reusable space launch vehicle. SpaceX registered revenues of USD 2 billion in 2019.

Some of the major projects at SpaceX are the Falcon 9, which is the first rocket with the power of launching a payload into the earth’s orbit and then landing upright for reuse. Its high-tech design has sent many satellites and spacecraft into the earth’s orbit. One such invention is the Falcon Heavy, which is three Falcon 9s strapped together. This spacecraft can launch much heavier payloads and can be reusable.

The SpaceX Starship System, which is still under development, has been billed as a spacecraft that will allow humans to colonize the solar system. It is composed of a booster stage, called the Super Heavy, and a second stage called the Starship.

GE Aviation — a part of the U.S.-based diversified tech player GE Electric Company — is a leading aircraft engine supplier, offering engines for the majority of commercial, military, business, and general aviation jet and turboprop engines and components. It registered USD 32.87 billion in revenue in 2018, recording 5% growth over the previous year.

GE Aviation’s revenue was significantly driven by F414 and LEAP engine sales. The company manufactures jet and turboprop engines, digital systems, avionics, and electrical power for business, civil and military aircraft, and marine applications. The company is headquartered in Cincinnati, the U.S., and employs around 40,000 personnel. Moreover, it operates overhaul, repair, and production facilities and warehouses globally.

Companies operating in the Aerospace and Defense sector are undergoing drastic changes and competitive challenges as they cope with the coronavirus pandemic impacts. The executive acknowledges this and expects over twice the increase in the sale of new digital services by 2026. Failing to make the right decisions would harm the overall industry.

More than 80% of companies fear significant cost escalations and losing substantial market share if they fail to find solutions to mitigate organizational challenges for digital reinvention. Companies and organizations that successfully adopt the digital changes at the core of their businesses will achieve at least four-fold growth on their digital investments compared to other industry players and stay on top of the competition.