The petroleum refining industry is set to witness enhanced output with the increase in oil and gas prices, which is expected to drive the petroleum liquid feedstock market during the forecast period. The production of petrochemicals requires an enormous amount of crude oil, gas, and other derivatives. In 2018, a large share of chemicals used as petrochemical feedstocks was derived from crude oil and gas in the form of naphtha and ethane; therefore, the rising demand for ethane and naphtha will propel the petroleum liquid feedstock market.

The U.S., Europe, and China Plastics Industries Compete as the Key-Value Shareholders Globally

The petrochemical feedstock naphtha and other oils refined from crude oil are used as feedstocks for petrochemical crackers and act as basic building blocks for manufacturing plastics. Plastics are used in several industries despite their harmful repercussions on the environment. The U.S. and Europe plastic industries are neck-and-neck in competition with Asia.

For a very long time, North America and Europe drove and dominated global plastics production. Today, China has surpassed Europe and the U.S., with a 25% share, and is the largest producer of plastics. It is followed by Europe with a 20% share and the U.S. with a 19.5% share. Together, the U.S. and Europe account for 45% of the world’s plastic production. The demand for plastics increased at a consistent rate of 3.7% per year during 2012–2017. 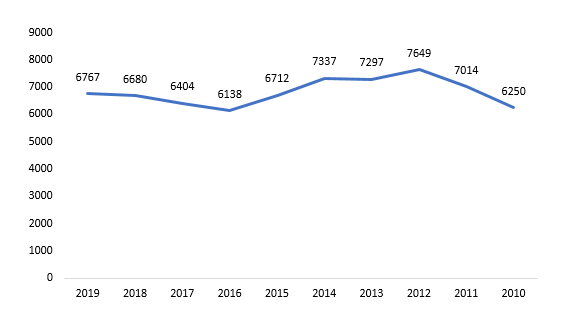