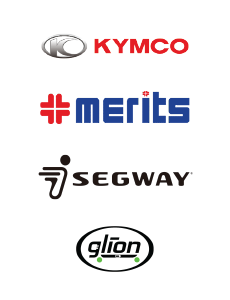 A foldable electric scooter is a lightweight, compact size vehicle and does not involve any manual work like the old school kick scooter. The foldable electric scooter market is registering robust growth owing to the increasing demand for fuel-efficient vehicles among consumers. Also, the compact size and light-weight of these scooters contribute significantly to the market growth.

As these scooters are driven electrically, they give economic driving and low maintenance. The integration of advanced technologies and smart features in foldable electric scooters is gaining consumers' attention. Various features include safe driving mode and maximum speed restrictor. According to the manufacturers, children older than 8 years can drive these scooters. However, the size and specification of the scooters can differ for each age group.

Consumers Inclination Towards Electric Vehicle Can Propel the Market

Consumers are inclining towards foldable electric scooters due to features such as compact in size, light-weight, cost-effective, environment-friendly, and fuel-efficient. Vehicles that run on petrol, diesel, and gas emit harmful gases such as carbon dioxide that pollute the air. The growing concern regarding air pollution and consumer preference towards environment-friendly vehicles is expected to drive the foldable electric scooter market growth during the forecast period.

Both Adult and Children Segments to Record High Growth

Based on end-user, the adult segment accounts for the largest market share due to the increasing trend of traveling on these bikes to workplaces. These scooters are becoming widespread on the U.S. and European streets. These electric scooters are gaining traction among adults recently as they are affordable, sustainable, and safer. Companies are now providing these scooters with a battery backup of more than 30 kilometers with maximum speed ranges between 25–50 kilometers per hour, making them suitable for the commute.

According to the National Association of City Transportation Officials (NATCO), in the U.S., approximately 84 million trips were taken on micromobility vehicles in 2018, 38.5 million of which were on a shared electric scooter. Increasing environmental concerns among consumers in the U.S. regarding air pollution created by automobiles influence consumers to use these scooters to commute. For instance, according to the Portland Bureau of Transportation (PBOT), in 2019, more than 70% of people who had ridden a foldable electric scooter said they mostly used these scooters for transportation rather than recreation. Consumers ride these foldable electric scooters for convenience, portability, fun, cost, and reliability.

Asia-Pacific is the fastest-growing market for foldable electric scooters owing to the presence of top manufacturers, such as Xiaomi Corporation. The rising pollution and increasing provision of financial incentives by the government are increasing the demand for electric scooters in the region. 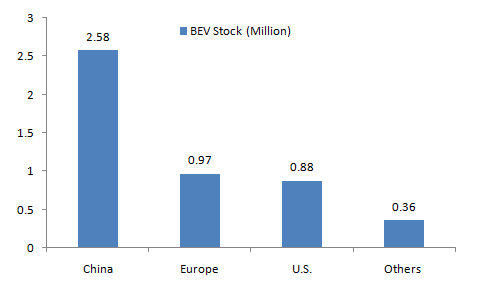 India and Japan are also contributed significantly to the Asia-Pacific foldable electric scooter market. The recent launch of Tesla in India and consumers attraction towards electric vehicle is expected to propel the regional market growth during the forecast period.

What is the key factor driving Foldable Electric Scooter Market?

Who are the active players in Foldable Electric Scooter Market?

Which region is expected to hold the highest market share in the Foldable Electric Scooter Market?

Which is the leading segment in the Foldable Electric Scooter Market?

Adult and Children End User Segment is expected to be the leading segment in Foldable Electric Scooter Market during the forecast period.