The global high voltage cable market size was valued at USD 16 billion in 2021 and is estimated to reach an expected value of USD 27 billion by 2030, registering a CAGR of 6.2% during the forecast period (2022-2030). High voltage cable (high voltage cable) refers to cables used for high-voltage, long-distance electric power transmission. There are typically three types of high-voltage cable installation: overhead, underground, and submarine. Underground cables are desirable since they are utilized in numerous industries, including electric utilities, oil and gas, and mining. Infrastructure expansion drives the expansion of the high voltage cable market. In recent years, developing nations such as China, Japan, India, and Dubai have initiated numerous enormous infrastructure projects. Commercial and residential structures such as offices, shopping malls, residences, theaters, and parks are included in these infrastructure projects. These projects necessitate a considerable number of high-voltage power cables, contributing to the market's expansion. Government initiatives and investments have also contributed to market expansion.

Industrialization and Urbanization in Developing Countries

Industrialization and urbanization across the globe are increasing the demand for electric power. Therefore, an increase in demand for power would result in more power generation and transmission, leading to the increased requirement for high-voltage cables. Depleting fossil fuels such as coal and oil have attracted the attention of several governments to invest in renewable energy projects such as offshore/onshore wind farms, solar plants, and tidal power plants. The need for electrification in developing countries, such as China, Japan, and India, has led to the development of numerous renewable energy projects in the last decade. Therefore, the demand for high-voltage cables in power distribution centers and industries such as power utilities, oil & gas, and mining is increasing rapidly. The amount of power generated by renewable and non-renewable energy resources has increased over the past few years due to industrialization and urbanization.

Smart grids are preferred over traditional grid technologies because they are more dependable, adaptable, and cost-effective. Smart grids are overhauling and replacing old ones, increasing the demand for high-voltage wires. The State Grid Corporation of China invested $64 billion in smart-grid technology to improve its electrical networks and reduce carbon emissions. In addition, more than $100 billion have been invested by the Japanese government in the last decade in smart grid technology to upgrade their power generation transmission system and SCADA networks. These changes will fuel the demand for high-voltage cables in the coming year.

Volatile Prices of Metals such as Copper and Aluminum

To meet the need for electricity in developing regions such as Asia-Pacific, Latin America, and the Caribbean, the governments of these regions are increasing their offshore power projects. The Japanese government has begun constructing a floating wind farm 12 miles off the coast, with the installation of 140 floating wind turbines anticipated by 2020. In addition, the Chinese Ship Building Industry Corporation is developing a floating nuclear power station in the South China Sea that is expected to be finished by 2020.

Moreover, according to the Global Wind Energy Council, the global wind turbine energy generation capacity will expand to 536 GW during the next five years. Offshore projects, such as floating wind and solar farms, necessitate a substantial number of high-voltage cables to transmit electricity from the offshore park to the primary Grid. Consequently, these factors are anticipated to enhance the demand for high-voltage cable throughout the forecast period, creating a profitable development opportunity for the market.

The global high voltage cable market analysis is based on type, end-user, and region.

Based on type, the global high voltage cable market is divided into overhead, underground, and submarine. The underground segment was the highest contributor to the market and is estimated to grow at a CAGR of 5.7% during the forecast period. Underground high voltage cables are laid under the ground and are used to transmit power over long distances, with minimum power loss. Underground cables consist of one or more conductors, covered with proper insulation and shields to protect them from electromagnetic field (EMF) loss and mechanical harm. These cables are considered as the replacement of overhead cables due to less damage from severe weather conditions such as lightning, wind, heavy rain, and freezing. Underground cables can be placed inside underground tracks & ducts, or can be directly buried to prevent atmospheric conditions such as, high winds, rain, and dust from threatening their operation. Underground cables are preferred in areas that are sensitive to harmful emissions of overhead cables and are densely populated. In addition, leading market players are focusing on launching new products related to underground cables to increase their market approach. Kv Prominent players made sales agreements with other players to increase their market share and geographical presence. The Southwire Company, LLC, headquartered in the US, signed a sales agreement with ABB, a Switzerland-based company, to purchase its HV and EHV underground transmission systems manufacturing plant. The underground cables market has witnessed significant growth, owing to its advantages such as slight voltage drops, less chance of faults, and no visual impact. Moreover, an increase in industrialization and urbanization in developing countries such as China, Japan, and India are the major factors expected to drive the demand for high-voltage cables during the forecast period.

By end user, the global high voltage cable market is further bifurcated into the industrial, renewable energy, and infrastructure segments. The industrial segment includes power utilities, oil & gas, mining, chemical & petrochemical, and others (paper & pulp, wastewater treatment, manufacturing, and cement industry); the renewable energy segment is divided into the hydro, wind, and others (solar, geothermal, and tidal); and the infrastructure segment is divided into commercial and residential. The industrial segment was the highest contributor to the market and is estimated to grow at a CAGR of 4.5% during the forecast period. The vast machines operating in industries require a large amount of voltage and current. Hence, high-voltage cables are used for electric power transmission and distribution from the main grids to substations inside the industries. In general, underground and overhead cables are used to transmit power in industries such as mining & metals, power utilities, manufacturing, and others (paper & pulp, wastewater treatment, and cement industry). However, submarine cables are used to transmit power in oil & gas industries as these industries operate inside the ocean or river basins. Industrialization in developing regions such as China, Dubai, India, and Japan is a significant factor that drives the growth of the high voltage cable market. Moreover, various government initiatives, such as investment in power utilities, further fuel the high voltage cable market growth. Furthermore, to overcome the need for electrification, there has been an increase in the number of power utilities, which act as the driving factor for the high voltage cable market growth. Industrialization in developing regions such as Dubai, China, Japan, and India is also expected to create numerous growth opportunities for the high voltage cable market.

Based on region, the global high voltage cable market is segmented into North America, Europe, Asia-Pacific, and LAMEA. 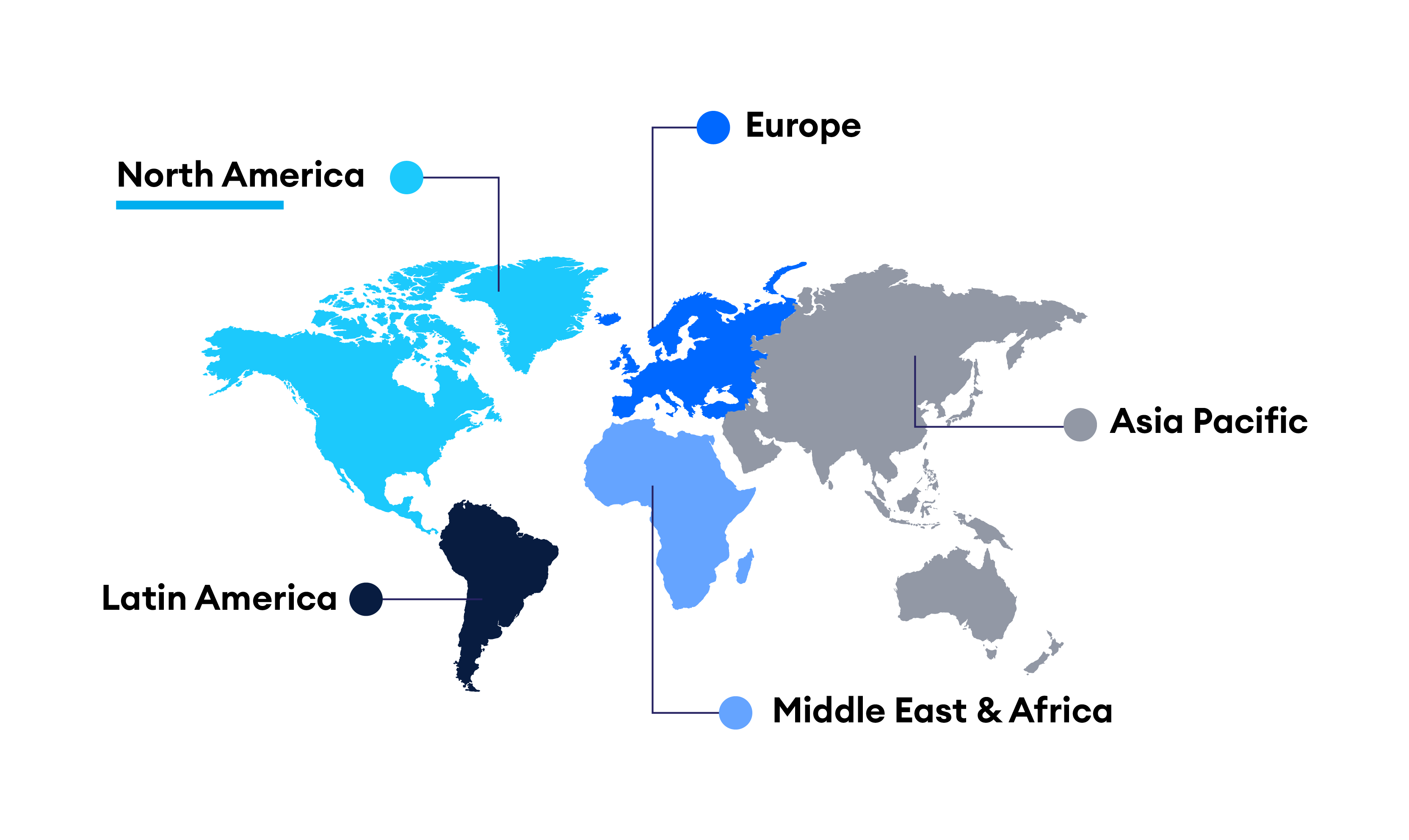 Asia-Pacific was the highest revenue contributor and is estimated to grow at a CAGR of 7.2%. North America is the second largest electricity producer in the world. The increase in electricity production in North America has augmented the usage of high-voltage cables in this region. Various government initiatives, such as investment and policies for renewable energy projects, have supplemented the growth of the high voltage cable market. For instance, the US government invested $34 billion in solar power plants, wind farms, and other renewable energy projects. Moreover, numerous leading players have entered the high voltage cable market to enhance their market outreach. Sumitomo Electric Industries expanded its business in San Francisco bay by installing a 230 Kv AC submarine power cable of route length 4.5 km. An increase in oil and gas exploration activities, metals, and mining and a rise in construction activities in the region are expected to drive the requirement for high-voltage cables. The renewable sector has seen significant developments in this region, which acts as a growth driver. This region is expected to grow during the forecast period, owing to the booming solar sector, which would propel the high voltage cables market requirement in this region.

Europe is the second largest region. It is anticipated to reach an expected value of USD 6152 billion by 2030, registering a CAGR of 4.9%. Europe is expected to grow during the forecast period, owing to the booming wind and solar sector, which would propel the high voltage cables market requirement in this region. Moreover, the electricity generation from renewable energy sources in Germany has increased, increasing the usage of high-voltage cables. Further, the underground cables segment is more prevalent in this region, owing to high population density, and is expected to remain the market leader in this region. The utility sector provides the majority of revenues in this region in the industrial segment, owing to the well-developed transmission and distribution infrastructure. Due to the extensive offshore wind capacity, the submarine cables segment has also been adopted in this region. Numerous leading players are expanding their business in Europe by adopting various strategies such as partnerships and agreements with other players. Companies operating in Europe are expanding their geographical presence by undertaking new projects. For instance, the Prysmian Group had started a new project in Venetian Lagoon, Italy, by installing two submarine cables links of 14 km and 6 km.

North America is the third largest region. China and Japan accounted for around 75 percent of the whole Asia-Pacific market. From a growth viewpoint, China and Japan are the two most promising markets, with significantly more effective growth rates anticipated throughout the projected period. China is the biggest energy producer in Asia, producing 5,810,500 GWh of electricity, necessitating many high-voltage cables for transmission. Numerous market leaders are entering the Asia-Pacific high voltage cable market. General Cable Technology Corporation, for instance, struck a sales deal with MM Logistics Co. Ltd. to sell its Asia-Pacific unit. In addition, the Chinese government is advancing grid technology through various initiatives. State Grid Corporation of China, for instance, invests a substantial amount of money in smart grid technologies to enhance its electrical networks and minimize carbon emissions. Hence, an increase in industrialization in the region because of lower set-up costs and easy availability of labor is primarily driving the requirement of high voltage cables in the industrial segment. Extensive wind capacity power generation has led to more adoption of high voltage cables in the renewable sector in this region.