Long Term Evolution (LTE) is the latest version of cellular technology termed as 'fourth-generation technology' or 4G. It is an enabling technology that helps telecom service providers offer high-speed connectivity to consumers with high-frequency bandwidth.

LTE was initially launched in the Release 8 of 3GPP standards to increase the spectral efficiency of existing 3G technologies. In Release 9, voice services were operated over LTE, popularly known as VoLTE, with a dedicated voice bearer and Quality of Services (QoS). However, advancements have paved the way for the development of the newer version on the lines of LTE; these include LTE Advanced (Release 10), LTE Advanced Pro (Release 13 and Release 14), and 5G (Pre-Release 15).

For the purpose of estimation, we have segmented the LTE chipset market on the basis of two criteria, component and product technology. The segments are listed below.

Internationally recognized telecom associations that standardize the low power, high performance, and connectivity for various applications, including smart grids, smart cities, and smart home automation, and device manufacturers endorse LTE chipsets. The advancement of network technologies such as Sig-fox, NB-IoT, and LTE-M chipset is expected to pave the way for the growth of the global LTE chipset market in the upcoming years. 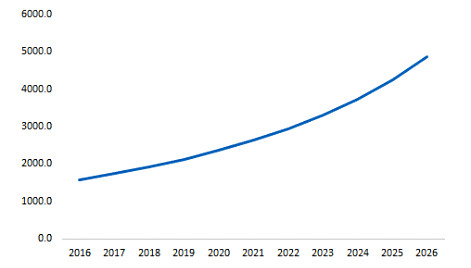 Rising internet penetration has seen consumers demanding high-speed mobile networks with low latency. Existing legacy networks are upgrading to high-performance networks to cater to the demand for applications such as video on demand, live streaming, and internet platforms. These applications require continuous connectivity, which compels network carriers to provide a high quality of services (QoS).

The LTE technology is an enabler of many innovations. With advancements in IoT applications, the demand for NB-IoT and narrowband LTE-M has increased significantly, particularly in developed economies such as the U.S., and Western European countries. Moreover, high-speed LTE chipsets are increasingly being used in high-speed vehicles, underground trains, and inflight connectivity, which is further augmenting demand. The market is witnessing a collaborative approach for solution deployment. Some instants that serve as cases in point are listed below.

The Emergence of 5G Connections

Industry experts estimate that 5G will be rolled out by 2020 end in South Korea, Central and Eastern Europe, and the U.S.. Also, this further is expected to increase the adoption of LTE chipsets that are currently working on 4G-LTE advanced pro is used in public safety, connected devices, and smaller-scale applications such as smart metering and smart wearables.

North America dominates the LTE chipset market and is expected to remain the largest value shareholder throughout the forecast period, primarily led by the U.S., followed by China. The U.S. accounts for the largest value share in the regional market with robust wireless network infrastructure and strong demand for low-cost, high-performance LTE chipsets from IoT applications. Increasing demand for secure communication in industrial and mission-critical applications is the prime factor driving market growth in North America.

Asia-Pacific is the fastest-growing region in the global LTE chipset market. The region is expected to register the highest CAGR during the forecast period. With the highest number of mobile subscribers in the world, Asia-Pacific, except Japan, has insufficient infrastructure for large-scale LTE applications. China dominates the Asia-Pacific market with a 41% value share. 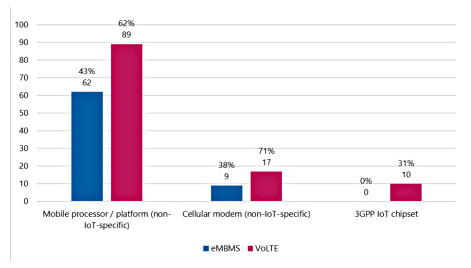 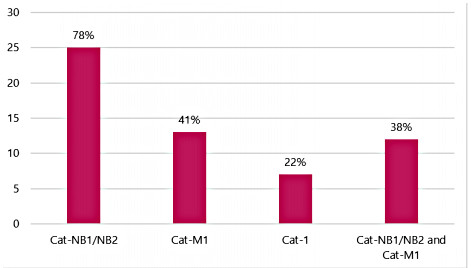 LTE connections are in the growth stage, particularly in North America, Europe, and Asia-Pacific. Latin America and the Middle East are expected to witness gradual growth light of weak investments and interoperability challenges, except in the case of a few developed economies. Network carriers such as Etisalat, Du, and Telefonica are investing in expanding 3G/4G networks that help the LTE chipset network to grow significantly.

What is the key factor driving LTE Chipset Market?

Increasing demand for secure communication in industrial and mission-critical applications are the key factor expected to drive LTE Chipset Market during the forecast period.

Which region is expected to hold the highest market share in the LTE Chipset Market?

Who are the active players in LTE Chipset Market?