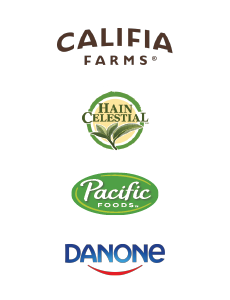 Oat milk refers to plant-based milk that is extracted from whole oat grains by the process of extraction of the plant material using water. It is a lactose-free, vegan drink made from liquefied oats, which are widely used as a milk replacement in coffee, tea, smoothies, and health drinks. Oats are easy to cultivate, which makes the product economical and widely available everywhere throughout the year.

In addition to this, oat milk does not contain nutrients naturally due to which nutrients, such as potassium, calcium, vitamin A, vitamin D, and iron, are artificially added. The growing awareness regarding the importance of health and wellness is resulting in increased adoption of oat milk among consumers. However, the availability of other kinds of plant-based milk in the market, such as soy and almond milk, hampers the growth of the market.

Growing Popularity of the Vegan Diet

The increasing popularity of the vegan diet among consumers in the recent past is fueling the demand for dairy alternative beverages. The shift in consumer preferences toward plant-based milk, owing to health, environmental, and ethical factors, significantly contributes toward the growth of the oat milk market. The rising awareness of animal rights and change in tastes and preferences of consumers toward plant-based beverages is mainly observed among consumers in the U.S. and Europe.

In addition to this, an increase in the number of consumers suffering from lactose intolerance and milk allergy has led to an increase in consumption of oat milk as it has a rich concentration of branched amino acids that helps in proper growth without triggering blood insulin levels and allows easy digestion.

Rapid investments made by the key players to manufacture high-quality oat milk to capitalize on emerging healthcare trends are also augmenting the growth of the oat milk market. Furthermore, the increasing adoption of oat milk by celebrities and fitness models is also changing consumer outlook towards consumption of oat milk. Consumers are now switching from traditional milk to oat milk alternatives for staying fit, gaining muscle mass, and reinforcing the immune system, which will trigger its demand in the coming years.

Supermarket and Hypermarket Segment to Dominate the Distribution Channel

As per the distribution channel, the supermarket and hypermarket segment is anticipated to account for the maximum share in the oat milk market during the forecast period. This is due to an increase in visibility and attractive assortments of plant-based products to its consumers. The shelf organization helps in the easy convenience of buying the product by discovering new variety and understanding the labels to differentiate better among products.

In addition to this, the supermarket and hypermarket chains are the most visited store for purchasing groceries, which is expected to propel the sales of oat milk in the market. As per the India Brand Equity Foundation (IBEF), the revenue of India’s offline retailers, also known as brick and mortar (B&M) retailers, is expected to increase by USD 1.39 billion to USD 2.77 billion in 2020.

The plain oat milk segment is anticipated to hold the maximum share owing to its different uses without any added flavor. Plain oat milk is widely used in coffee shops to prepare latte due to the creamy texture of the oat milk. In addition to this, an upsurge in demand and consumption of oat milk as an alternative to dairy milk is increasing its regular usage and is growing the demand for oat milk in the market.

Growing Popularity and Increasing Consumption of Plant-Based Beverages in Europe

Europe holds the largest share in the oat milk market on account of the increasing awareness regarding the health benefits of oat milk among consumers. In addition to this, the share of the region is expected to increase due to the frequent product innovations by several major players in the European market.

Furthermore, the growing popularity and increasing consumption of plant-based beverages have propelled the demand for oat milk in the region. As per the Oldways Whole Grains Council, Europe is currently the largest oat producer in the world. Moreover, approximately 14% of consumers of the European countries are lactose intolerant and believe in animal welfare, according to the Euro Group for Animals. As per the Vegan Society, the number of people identifying as vegans has increased by 350%, compared to a decade ago in the U.K.

Increased Acceptance of Plant-Based Food and Beverages in Asia-Pacific

Asia-Pacific is expected to hold the second-largest share in the oat milk market during the forecast period, owing to the improved living standards of the individuals, rising disposable income of the people, and increased acceptance for plant-based food and beverages. Furthermore, the increasing adoption of western dietary patterns and industry players trying to capitalize on emerging fitness trends by introducing new products will augment the growth of the oat milk market in the region. The growing health consciousness among individuals is also a factor that is responsible for the shift in consumer preferences towards healthy products, such as oat milk.

Which is the leading segment in the Oat Milk Market?

Supermarket and Hypermarket Segment is expected to be the leading segment in Oat Milk Market during the forecast period.

Who are the active players in Oat Milk Market?

Which region is expected to hold the highest market share in the Oat Milk Market?

Europe is expected to hold the highest market share in Oat Milk Market.

What is the key factor driving Oat Milk Market?

The increasing popularity of the vegan diet, Rapid investments made by the key players to manufacture high-quality oat milk, increasing adoption of oat milk by celebrities and fitness models is also changing consumer outlook are the key factors expected to drive Oat Milk Market during the forecast period.