Potassium, a mineral found in various food items, is necessary for the body to perform several functions, especially the functioning of the heart. Potassium citrate, also known as tripotassium citrate, is a combination of potassium salt and citric acid. It is mainly manufactured by the neutralization and subsequent crystallization of citric acid with potassium carbonate or potassium bicarbonate. Potassium citrate is extensively used as a food additive and can simultaneously improve heart and bone health. Additionally, it is also used to treat a kidney stone condition called renal tubular acidosis. Potassium citrate acts as an electrolyte that helps control muscle and nerve function. Moreover, it produces alkalizing effects in the body, helping balance urinary pH levels.

The rising demand for processed food and the subsequent expansion of the processed food industry are expected to drive the growth of the potassium citrate market. Population growth, increasing urbanization and industrialization, and increasing demand from the buyers of non-GMO potassium citrate products are expected to boost market growth. Furthermore, the exceptional properties of potassium citrate, including high chemical and microbiological stability, high water solubility, and outstanding biodegradability, drive the demand for this product globally.

The global potassium citrate market is segmented by function, end-use, and region.

On the basis of function, the market is segmented into acidulant, emulsifier, diuretic, and others. The emulsifier segment is expected to dominate the market during the forecast period, 2019–2026. Emulsifiers are extensively used in a variety of food products such as margarine, mayonnaise, candy, packaged processed foods, creamy sauce, and confectionery and baked goods. There is an increasing demand for emulsifiers in processed meat, which is expected to boost the Europe market due to the rising consumption of sausages in the region.

Based on end-use industry, the market is segmented into food & beverage, pharmaceuticals, personal care, industrial, and others. The food & beverage segment is expected to hold the largest market share during the forecast period as potassium citrate is extensively used as an acidity regulator and preservative in processed foods such as fish products, sugars and syrups, salt substitutes, hot beverages, dairy-based drinks, infant formulas, alcoholic beverages, and water-based beverages. Additionally, potassium citrate is used as a flavor enhancer, mostly in processed foods and available citrus beverages. 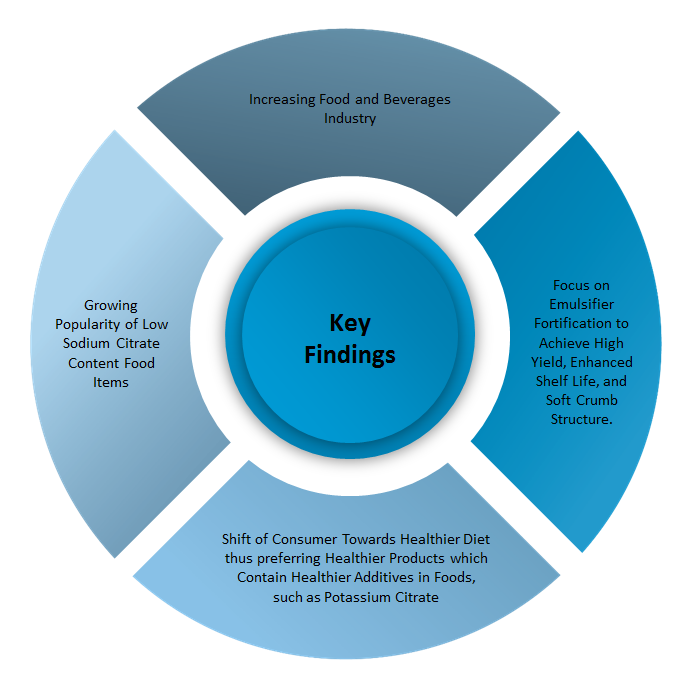 Asia-Pacific is expected to hold the largest market share, owing to the increasing use of cosmetic products such as makeup products, sunscreen, lotions & creams, wherein potassium citrate finds application as a food & beverages, pharmecuticals & cosmetics. Moreover, the growing use of potassium citrate for pH buffering, potassium fortification, and enhancement of stability and complexity and as a systemic alkalizer in pet food and feed propel market growth in the region. According to the U.S. Meat Export Federation, China’s average meat consumption will increase by 20 kg or more in the coming years, as the living standard improves and consumption patterns change.

North America is experiencing significant growth owing to the consumer demand for various skin care products such as peels, creams, and face masks, especially in the U.S. Additionally, according to The NPD Group, Inc., in 2018 the U.S. prestige beauty industry reached USD 18.8 billion and a 6% sales increase than pervious year 2017.

The LAMEA region is expected to witness steady growth during the forecast period. Poor economic development is one of the key factors deterring growth in the region. Lack of knowledge and government support resulted are also hindering market growth in the LAMEA region.

Which Future Developments are Expected to Impact the Potassium Citrate Market? 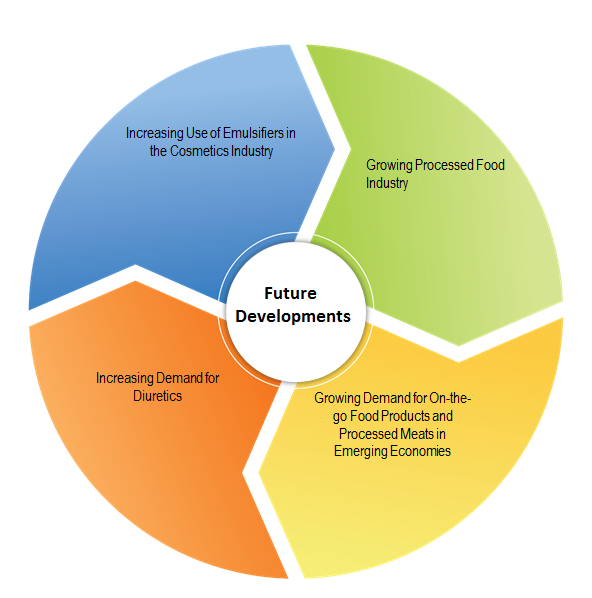 What Details Does the Potassium Citrate Market Report Cover? 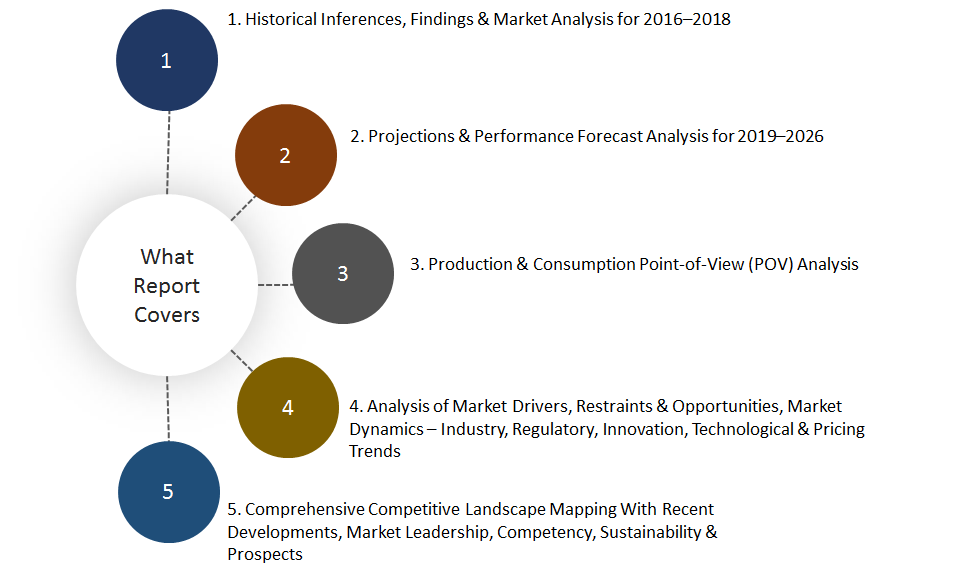