Psoriasis is one of the prominent chronic and non-communicable skin diseases. It is mainly caused by rapid cell division or excessive proliferation of the skin cells, resulting in patches of abnormal skin. The condition further leads to skin and nails’ lesions and injuries causing itching, stinging, and pain. However, the exact cause of psoriasis remains uncertain, a few examinations have revealed that autoimmunity, genetic dispositions, and some environmental factors are responsible for the disease. Psoriasis is more dominant in the age group of 50–69 years.

It is likewise compared with other severe conditions such as the expanded danger of psoriatic joint pain, lymphomas, cardiovascular disease, and Crohn's disease. As of now, there is no remedy for the treatment of psoriasis available in the market. However, different medicines, including steroid creams, vitamin D3 cream, ultraviolet light, and immune system suppression medication like methotrexate are used to control the symptoms. Living in a moist and humid atmosphere seems to delay the condition for psoriasis while dry atmospheres appear to aggravate the condition.

Increasing smoking and consumption of alcohol, unhealthy dietary habits, and sedentary living are increasingly inclined to develop psoriasis. As per the International Federation of Psoriasis Association, about 5% of individuals across the globe experience the ill effects of at least one type of psoriasis. For instance, more than 7.5 million people are suffering from this condition in the U.S. alone. These patients represent approximately 2.0% of the country’s population. Also, around 100,000 new cases are reported and registered every year.

Biologics are drugs that are intended to affect a specific part of the immune system and are increasingly being utilized for the treatment and management of psoriasis. Being more effective in the treatment of moderate to serious instances of psoriasis, biologics have totally reshaped the market. The advantages offered by biologic-based medications for psoriasis incorporate better control and management of symptoms and improved disease conditions patients.

Biologics has led the psoriasis treatment market until now because of its targeted drug delivery action and is likely to continue dominating the same during the forecasted period. It differs in action from conventional systemic drugs by targeting specific areas of the immune system. Topical drugs are the first line of treatment for psoriasis. Topical medicines are further divided into OTC medications, steroid creams, and non-steroidal medicines. Topical medicines might be used individually or in combination with other therapies for better results. Systemic medicines can be used when topical medication treatment fails or if the patient does not respond to the treatment; however, systemic drugs can lead to extreme adverse reactions.

By therapeutic class, the global psoriasis market has been divided into tumor necrosis factor (TNF) - inhibitors, interleukin inhibitors, and others. TNF inhibitors were the leading therapeutic class in the psoriasis drugs market in 2016. However, they are likely to lose their hold on the psoriasis market in the years to come. Humira (adalimumab), Enbrel (etanercept), Remicade (infliximab), and Cimzia (certolizumab pegol) are some of the leading TNF-inhibitors utilized for the treatment of psoriasis.

Interleukin (IL) inhibitors are anticipated to witness the fastest growth overestimated period because of their improved safety, efficacy profiles, and growth in acceptance by the end-users. Cosentyx (secukinumab), Taltz (ixekizumab), Stelara (ustekinumab), Siliq (brodalumab), Tremfya (guselkumab), and Ilumya (tildrakizumab) are some of the commonly used interleukin inhibitors.  The requirement for efficient and prolong release medications is one of the key drivers pushing the market growth further. The IL-method is helpful to patients who are intolerant or contraindicated to TNF-α inhibitor treatment. In addition to this, rising selection of the IL-inhibitor treatment and patent expiries of most of the TNF-inhibitor medications like Humira and Remicade are projected to reduce the stakes of TNF-inhibitor in the psoriasis therapeutics market.

The global psoriasis treatment market is consolidated to a great extent with bigger and already established players capturing the most share of the market landscape, with smaller or new players acquiring remaining market share.

Growing demand for psoriasis drugs as a result of increasing incidences of the disease, growing research activities for developing advance therapies, rapidly increasing geriatric population, increasing healthcare expenditure are some of the key factors driving the market growth. Psoriasis treatment is also rising because of the growing awareness among people, along with the high unmet need for effective medication and long-lasting treatments. Additionally, the entry of pipeline products, for example, ‘Xeljanz’ and the biosimilar ‘adalimumab’ by Pfizer are expected to fuel the growth further. The prevalence of psoriasis is ranging from 0.09% to 11.4% across the globe, making it a serious global disorder with approx. 100 million people are suffering worldwide, WHO.

On the contrary, expensive drug products development, patent expiry of branded drugs, increasing availability of generic drug, adverse reactions from systematic and biologics medicine, absence of access to health insurance and high cost of medications, and lack of access to healthcare are some of the key factors likely to hamper the market growth in the coming years. For instance, as per the National Psoriasis Foundation (NPF), one in three people having psoriasis cannot afford to pay treatment costs.

In terms of region, the worldwide psoriasis treatment market has been segmented into North America, Europe, Asia Pacific, South America, and the Middle East and Africa.

North America ruled the worldwide market in 2018 due to the increased prevalence of psoriasis in the region. The U.S. held over 38% share of the regional market in the last few years on account of well-established healthcare infrastructure, high adoption of therapeutics, and the presence of key drug producers in the country. In addition to this, higher costs of biologics in North America than different regional markets are more likely to become a prime target for all the players offering psoriasis treatment products internationally.

The global psoriasis treatment market in the Asia Pacific is expected to grow at a higher CAGR during the forecast period because of an increase in awareness about psoriasis in developing nations. In addition, the rise in the use of biologics in China and Japan is projected to fuel the growth in the years to come.

South America and the Middle East and Africa are projected to grow at considerable CAGRs due to increased awareness and understanding about psoriasis among the patients and the high focus of manufacturers on the development of novel therapies. 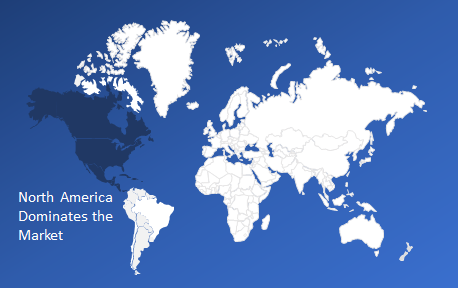 The worldwide psoriasis treatment market has been segmented by drug class, route of administration, distribution channel, and therapeutic targets.

By drug class, the global market is segmented into biologics, corticosteroids, Vitamin D analogs, and others. The biologics section is anticipated to lead the psoriasis treatment market during the forecasted period because of its predominant efficacy and safety profile of medications in this class for the treatment of psoriasis.

By therapeutic class, Interleukin (IL) inhibitors are expected to grow at the fastest CAGR over the estimated period on account of their improved safety and efficacy profiles and rising acceptance by the physicians. Cosentyx (secukinumab), Taltz (ixekizumab), Stelara (ustekinumab), Siliq (brodalumab), Tremfya (guselkumab), and Ilumya (tildrakizumab) are some of the commonly used interleukin inhibitors for the treatment of psoriasis. However, TNF inhibitors are likely to witness negative growth as a result of the loss of brands’ exclusivity in various regions.

By route of administration, the worldwide psoriasis treatment market has been segmented into oral, parenteral, and topical. The parenteral portion represented the biggest portion of the market in 2018, and the trend is likely to continue during the forecasted period due to the increased launch of new drugs to be administered through injection (IV).

Based on the distribution channel, the global psoriasis treatment market has been segmented into hospital pharmacies, retail pharmacies-commerce platforms, and others. The retail drug stores were leading the market in 2018. This can be attributed to the higher sales of biologics through retail pharmacies in developed nations, including the U.S. and Canada.

These players are focusing on expanding their business in developing countries or emerging markets, like India, China, and South Korea, through coalitions and acquisitions for the development of novel products. The development of biosimilars is more commonly adopted by these companies.

Who are the active players in Psoriasis Drug Market?

Which region is expected to hold the highest market share in the Psoriasis Drug Market?

North America is expected to hold the highest market share in the Psoriasis Drug Market.

Which is the leading segment in the Psoriasis Drug Market?

TNF inhibitors Segment is expected to be the leading segment in Psoriasis Drug Market during the forecast period.

What is the key factor driving Psoriasis Drug Market?