The global psyllium husk powder market is expected to grow at an exponential growth rate during the forecast period owing to the increased awareness regarding health benefits and the growing dietary supplement industry. Changing lifestyle and higher consumer spending on health and nutraceutical products is projected to drive the demand for the psyllium husk powder market.

Asia-Pacific region is anticipated to dominate the global psyllium husk powder with imports to key markets in the U.S. and Europe. Moreover, the drastic shift towards organic ways to treat health issues is expected to boost the market growth in the coming years.

The growing environmental concerns among the individuals, particularly the young demographics, have created a need for more transparent products from various end-use industries, including food and beverages, pharmaceuticals, cosmetics, and several others. This change in consumer behavior has developed an on-going trend that has driven the demand for natural and organic products in the market.

Since psyllium husk is obtained naturally from the genus Plantago, it has become an ideal choice for the geriatric populace looking for an organic alternative for laxative medication for their indigestion problems.

The economical availability and healing properties of Plantago plants have gained this medicinal plant great popularity in recent years. This can be contributed to the various benefits associated with the use of psyllium husk that has not only added to its demand from food and beverages and pharmaceutical industry but also has created a need for the product from the industries like animal husbandry, cosmetics, and several others. 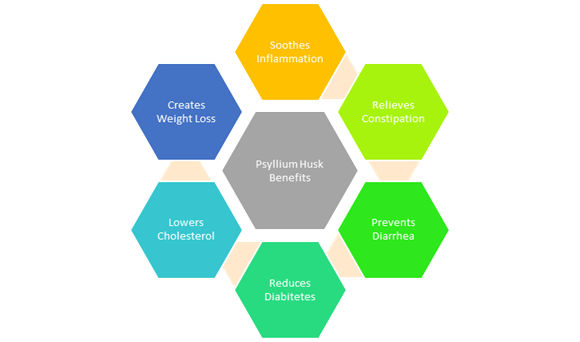 In food and beverages, psyllium can be used as a thickener and binder in health drinks, beverages, ice cream, bread, and other bakery products. In cosmetics, the products are served as a good binder and disintegrants in compressed tablets, whereas, in animal husbandry, the product is used as a hypocholesterolemic agent and supplement for milk replacer in animal feeds. This wide array of applications of the product in the various end-use industry is anticipated to add to its demand in the years to come.

Besides, as the demand for laxatives is rising, it is compelling the manufactures in the industry for more product innovation in the field, further resulting in the production of more alternatives in the market. This, in turn, is anticipated to impact the growth of the market during the forecast period.

The organic segment is projected to witness a high CAGR over the forecast period 2017-2029 due to the increasing trend of natural-based products. Organic agriculture is gaining traction and is observed to move from an alternative approach to mainstream farming. It is a production system that avoids the use of synthetically produced harmful fertilizers, regulators, and pesticides. The demand for natural herbs and medicinal plants is on a rise owing to the increased health awareness as well as cost-effectiveness of these products. In recent years, the emergence of certifications for authentication of organic products has spurred the demand for natural supplements.

The pharmaceutical and dietary supplement segment is estimated to hold the largest market share in the global psyllium husk powder market. It is gaining popularity throughout the globe, particularly in health and natural environment-based products. Today, consumers are getting more conscious of natural-based products and are seeking environment-based ways to cure ailments and other health-related issues.

The psyllium husk powder is widely used in the manufacturing of tablets for its binding properties. According to the Consumer Healthcare Products Association, over 96% of U.S. individuals prefer OTC medicines to treat minor medical ailments. Psyllium husk has massive health favored benefits, which have promoted the demand for the powder in various pharmaceutical products. 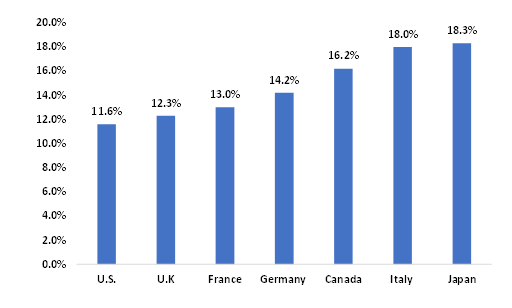 People have increased the intake of organic supplements and nutraceuticals for boosting brain and heart health. Changing lifestyles and irregular eating patterns have increased the demand for more nutrient-based products. Growing laxative-based medication demand in emerging regions due to a sedentary lifestyle has resulted in increased demand for psyllium husk ever.

In the last few years, individuals worldwide have increased the consumption of additional supplements like psyllium husk for its high fiber content, which is essential for a healthy body. Apart from, promoting health, consumers are adding psyllium husk powder in their diets, which also helps them in weight loss. The array of benefits associated with psyllium husk powder has presented ample opportunities for the product in the pharmaceutical and dietary supplement sector.

Asia-Pacific region is anticipated to hold the largest market share in the global psyllium husk powder market during the forecast period 2017-2029. The growth in this region can be attributed to the presence of emerging economies like India, China, Japan, Vietnam, and Indonesia, which account for the largest share in this region.

India is one of the largest producers of psyllium husk powder and a major exporter of the product to various countries across the globe. India accounts for around 80% of the world’s exports of psyllium husk powder. Owing to the favorable climatic conditions and growth of agricultural inputs and allied services like cold storage and warehousing in India is prompting higher production. 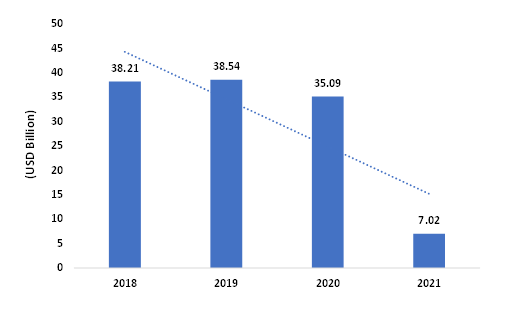 In addition to this, the changing lifestyle of people, adoption of a healthy diet, and growing preference towards organic foods are propelling the food and beverage manufacturers in Asia-Pacific to use psyllium husk powder as a food additive. Furthermore, the rising urbanization in the region has increased the consumption of convenience foods like pasta, noodles, etc., which will further increase the demand for psyllium husk powder in the region.

What is the key factor driving Psyllium Husk Powder Market?

Who are the active players in Psyllium Husk Powder Market?

Which region is expected to hold the highest market share in the Psyllium Husk Powder Market?

Which is the leading segment in the Psyllium Husk Powder Market?