How Google is Changing It’s Connected Augmented Intelligence for Future 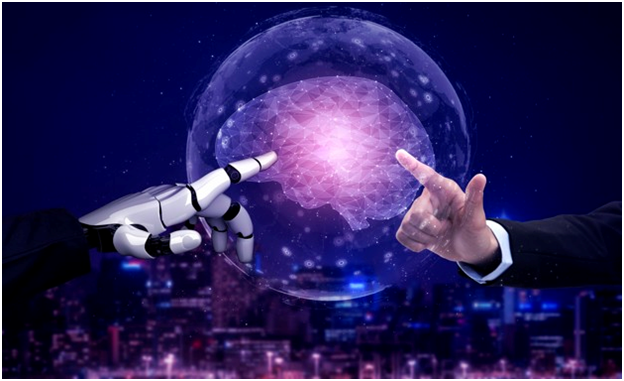 Over the past year, Google has decided to shift its gear from a mobile-first to AI first approach. While it may seem strange because Google has focused primarily on mobile for almost a decade, the adjustment clearly means that the company sees great potential for machine learning-based AI technology.  In 2017, Google made the official announcement of the same.

What is mobile-first and AI first approach?

To start with, let’s understand what mobile first approach is. Mobile-first is an approach for designing, developing, and marketing keeping their focus primarily on user’s mobile experience. While users do not necessarily consume all mobile content, it allows companies to develop a mobile experience as a starting point.Google is the pioneer when it comes to the application a person uses to interact with mobile. Since 2015, Google penalizes websites that are not optimized for mobile to strengthen the grip of mobile first approach. When this new guideline nicknamed as Mobilegeddon came into effect, the search started putting non-mobile-friendly sites at a disadvantage, lowering their ranking in the search results.

To put it simply, it is an approach in which human has to interact with mobile devices for different purposes such as, clicking pictures, looking for directions, messaging, calling, and emailing, among others.. For instance, a person uses google maps to search for a particular location, they can use google lens to convert language or to click a picture or to identify any object, etc.

But, in recent time’s google has shifted its approach from mobile first to AI first approach, in order to increase its ML capability by gathering a lot of data from the users* and improvise its marketing and recommendation system using AI.

According to internet giant Alphabet, Artificial intelligence (AI), once a boon for science fiction films, is set to insinuate itself into every nook and cranny of our lives.

What is AI first approach?

Sundar Pichai popularized the term AI for the first time in 2017 when he announced a strategic move that Google will shift from mobile to AI first approach. The core concept behind AI First Strategy is to use machine intelligence vs. human expertise to create and maintain competitive advantages and to make business decisions. Companies that have an AI strategy are finally reconfiguring their business and modifying their working methods to make business decisions based on machine intelligence.

It is an approach in which computer will adapt with how people live, instead of people adapting with computer. In this approach computing becomes comprehensively available – be it in the car, at work, at home, or on the go. It uses data, algorithms, data science, and develops AI systems that automate decision-making, develop and deliver customized products. Interacting with all of these surfaces becomes much more intuitive and natural and most importantly more intelligent. For instance, if you are using google street view and you are passing through street signs or restaurant signs it will automatically recognize it using machine learning, and will provide recommendation. They are embedding ML to their entire suite of products and want AI to be the building block of their products.

Primary principals to realize this transformation:

To achieve these goals, companies have been working on software and hardware together, because that’s the best way to drive computing forward.

How is it going to help B2B and B2C companies?

Earlier, with mobile first approach, to make a recommendation system or to make a business strategy a company has to manually gather data from their sales records, through survey or various other methods. But with AI first method a customer is always connected with internet and is generating data on a regular basis. This data in turn is helping the B2B and B2C companies to gather real-time data of its customers such as, the location the customer is visiting frequently; time he is spending there, time a customer spends viewing a particular product, price range of the product the customer prefers among others. With this data the companies are able to make much more efficient recommendation system and business strategies. For instance, Netflix is growing its popularity amongst the entertainment app industry because, it collects the data from the user’s activity and provides excellent recommendations based on the users activity.

Connected Augmented Intelligence - the Key to Transition from Mobile to AI-First Approach.

For instance, think about the autopilot of an aircraft. The autopilot can operate independently in modern aviation, controlling heading and altitude, or it can be coupled with a navigation system and fly pre-programmed once the aircraft has become airborne successfully. For now, you still need a pilot for takeoff and landing. An autopilot system would incorporate human knowledge, plus experience concentrated through the prism of intuition, in a perfect world. The result would be the extension of human judgment via augmented intelligence.

It is critical to completely re-engineer your mindset in order to fully appreciate the benefits and potential of augmented intelligence in analytics. You are not designing a world with 30-40 percent automation that is predominantly manual. In a world predominantly automated and designed for 20 percent manual exceptions, the goal is to create an entirely new process.

In simple terms, it is a variant of AI which deals with enhancing AI assistive apps such as Siri, Alexa among other. The primary building blocks of augmented intelligence are: machine learning, natural language processing, artificial neural network and computer vision. Some of the primary google products in which connected augmented reality will be used are, google lens, google photos, google.ai, tensor processing units, google assistant, android O beta, google for jobs, daydream VR headsets, 360 YT videos, kotlin and many more.

Now let’s take a magnified look into some of the Use Cases of Connected Augmented intelligence: By implementing augmented intelligence on google maps, it would be able to provide numerous insights such as, whether a person will get parking space of not based on the number of vehicles available in that area, the best route to travel to avoid traffic, best restaurants in an area based on number of people in that particular restaurant.

In 2017 the AutoML was able to generate image classification algorithms that were not only more precise than human made models, but were also resource-efficient. Object detection algorithm created using software has far better accuracy and precision than any other man made algorithm. In addition, its space and time complexity was comparatively less.

Connected augmented intelligence is one of the efficient ways to achieve the transaction from mobile to AI first approach. Yes it has its own drawbacks at first such as, lack of infrastructure, the requirement of enormous computing power and threat of data theft. But, just like this one every transformation has to face numerous challenges till the time it produces the desired output. Same thing applies for connected augmented intelligence for AI first transformation. We have to look at its positive side and must give it a chance to flourish and show us its results.

Sadhana Yadav, an Electronics and Telecommunications Engineer & a Strategy Consultant, has more than three years of experience under her belt in the field of market research, business operations, and analysis. Sadhana has an extensive experience in mobility, industrial automation & robotics, and information and communication technology arenas. She likes to keep up with the ongoing trends in market landscape. Currently, she is focused on studying the dynamics of ongoing COVID -19 pandemic.

Himanshu has been with Straits from the last 1.5 months and carries an overall experience of 1.5 years in Market Research Industry. He has completed his BE in Information Technology, and Master's in AI. His expertise lies in AI, Machine learning, Big Data, IoT and Semiconductors.