Home / Industries / Consumer Products
Get Access To This Domain

The consumer products industry is characterized by high sales volume, rapid inventory movement and turnover, and durable/ non-durable products, with many players creating high pricing pressure and leading to high marketing costsand low profitability. Manufacturers and distributors in the industry encounter unprecedented pressure to provide a wide range of products and maintain a complex supply chain while competing with the pricing pressure imposed by intense competition.Managing a supply chain in today's highly volatile, complex, and multi-tier business environment is highly challenging for companies operating in the industry; however, the integration of advanced technological solutions into the supply chain has aided manufacturers in simplifying their operations.

At present, economic uncertainties are posing financial challenges for players, reducing investment inflow in the industry. The faltering global business environment affects key exporters, such as Germany, which narrowly avoided a recession in 2019. The U.S., China, and the U.K., among others, are observing an economic downturn due to international trade tensions, which has translated to an upsurge in unemployment and, in turn, negatively impacted the consumer products industry, as the sector serves individuals/households and not manufacturers or businesses.

Changing consumer behavior is another critical challenge that industry players encounter. Economic volatility, changing preferences, and technological advancements are the key factors that influence consumer behavior. A few companies focus on innovation and creating new ways for product engagement by selling not only products but also experiences.

What is next for this Industry?

Industry 4.0 targets the advancement of manufacturing technologies with the integration ofthe Internet of Things, which interconnects systems and processes and collects and communicates information and analyzes it to drive intelligent actions. Industrial 4.0 is a future trend that emphasizes the integration of additive manufacturing, IoT, artificial intelligence, and advanced materials in business operations. However, the current economic downturn is likely to reduce investments in Industry 4.0 technologies.

The online-only sales model is emerging as the preferred choice of consumer product companies. The U.S. and the U.K.arerecording more than 15% growth in the online-only sales model, and the trend is expected to regain momentum in the upcoming years. Brick and mortar companies are rapidly increasing investments to build online infrastructure to align with thisemerging trend. However, at present, these brick and mortar companies hold the largest share of the consumer products industry. 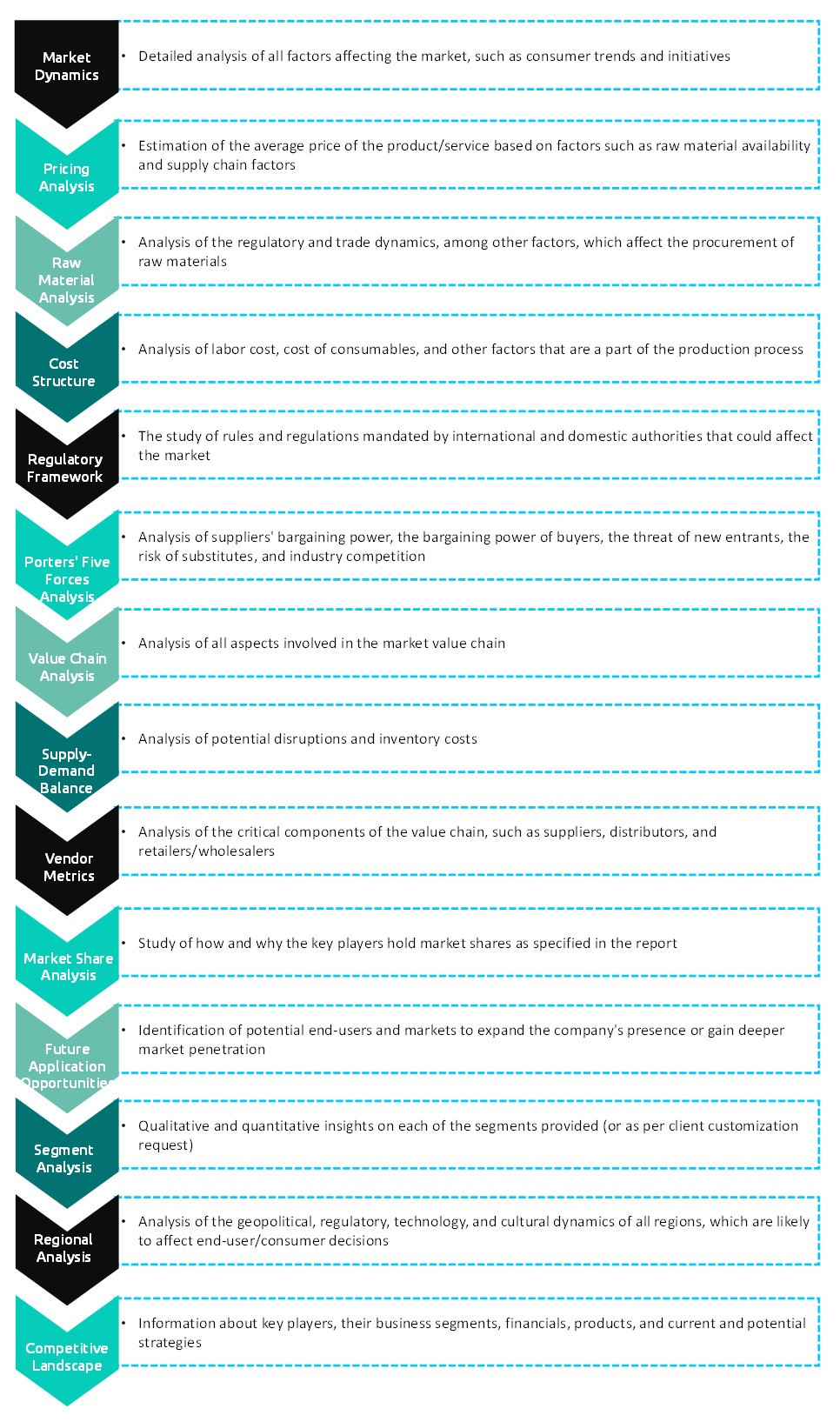 The consumer products industry is continuously evolving with innovation and dynamic consumer behavior.

With our extensive knowledge of the industry, many clients were able to gain relevant and useful solutions for business challenges.

One such client sought to expand into newer markets but was uncertain about the right pricing. Our report on the Floor Cleaners Market provided the company with detailed information on thefactors and trends that affect product pricing and consumer behavior that influences buying patterns. In another instance, a company sought to expand its portfolio into manufacturing hand sanitizers. Our report on the Hand Sanitizers Marketincluded a detailed analysis of thevarious market segments by type,end-user, and region and insights on region-wise consumer behavior, which helped the client formulate a strategy to navigate consumer dynamics.

The recent coronavirus outbreak has compelled countries around the world to take aggressive measuresto contain the spread. While businesses such as malls, retail stores, and offices are entirely in shutdown with employees working from home, providers of essential commodities and services are exempt from operating with limitations. The true extent of the pandemic's impact is unveiled, with a rising number of tests bringing to light cases that were earlier hidden.

Research institutes and pharma companies are aggressively chasing the development of a vaccine as the world waits with bated breath. The U.S. and Western Europe are among the most drastically affected regions at present. China, the epicenter of the pandemic, has begun relaxing measures after nearly a two-month lockdown. The way China has handled the situation could serve as a guidebook for other economies struggling to get the situation under control.

The COVID-19 pandemic has brought about a shift in the consumption patterns of consumer products. The lockdowns in many countries have prompted panic buying and stockpiling of essential commodities, such as groceries and bath essentials. In light of the change, companies diverted advertising budgets to strategies targeting steady supply in retail outlets, such as brick and mortar stores and online platforms.

Changing Consumer Behaviour amid the Pandemic

Several factors impact consumer behavior, right from pricing to packaging and labeling. The last few decades have seen an upsurge in spending power, particularly in emerging economies. A massive influx of multinationals has created jobs and catered products to spend on. Further, easy credit availability, deep discounts on e-commerce websites, and product customizations have prompted voracious spending on consumer products, such as mobile, food, beverages, and cosmetics.

The average spending on household products has gone up by an estimated 50% in developed economies such as the U.S. and the U.K., and emerging economies such as India, Thailand, and Brazil. Entertainment electronics, such as televisions and laptops, and convenience electronics, such as dishwashers and washing machines, have also observed an upward trend in sales as people seek more comfort. At the same time, they are forced to remain indoors.

The increasing demand for electronic equipment mirrors China’s robust economic growth as it is the leading provider of technology hardware solutions, such as mobile phones and semiconductor devices, among others. The country’s ramping up of manufacturing facilities coincided with the surging global demand for telephone equipment and other consumer electronics.

Before the pandemic, key mobile manufacturers, such as Apple, established manufacturing facilities in China due to the cheap labor and the Chinese government’s focus on increasing its manufacturing base. However, with rising internet penetration and growth in the speed with which information is consumed, people are now wary of the origin of the virus. Manufacturers are cautiously rethinking whether to continue production in China.

Increasing competition from local companies is likely to see international players moving out of China and investing in other countries. For instance, Samsung, in April 2020, ceased its mobile telephone production activities in China. Consumer conscience and increasing local competition are likely to compel manufacturers to look for other alternative locations to set up their facilities. However, other options such as India, Vietnam, and Thailand, seem to be far fetched as China has at least a ten-year head start in terms of technology and economy compared to these countries.

Disruption and Emergence of the Global Value Chain (GVC)

China, the U.S., and the European Union were among the global leaders in providing raw materials for various industrial end-users before the COVID-19 pandemic, andthese regions are now among the most affected. While various international and domestic authorities are trying to usher in normalcy, it will take time to get things back to the way they were. Raw materials for consumer products, such as cosmetics, textiles, and related products, came from these regions. The lockdown in these regions has considerably disrupted the supply chain of raw materials.

The manufacturing and production of these raw materials will resume once the pandemic has been brought under control. Until that time, the manufacturing of finished goods will have to halt. Besides, some of these raw materials are also perishable and will lead to an increase in inventory costs.The scenario will give rise to several other situations. In one, the supply of these raw materials will be fulfilled by other countries, such as India, Brazil, Singapore, and Mexico, which haveabundant natural resources, inexpensive labor, and significant technological advancements. This might give rise to new enterprises and lead to the formation of alternative trade routes, giving way to an alternative supply chain and decreasing dependency on a select few regions.

In another scenario, the unavailability of raw materials for one commodity might result in the emergence of an alternative, increase the threat of substitutes, or lead to theimitation of the product by the use of different raw materials. For instance, the sudden increase in the demand for hygiene products has led to a complete sell-out of hand sanitizers and disinfectants. A few leading players always dominated this segment of the consumer product market. The sell-out of their products and the ever-increasing demand for these products have led to the emergence of small and medium enterprises coming out with cheaper versions of the products, which are being sold at a price higher than that which the product is usually sold at.These trends will lead to the implementation of stricter regulations by various governments. For instance, India capped the prices of alcohol used in manufacturing hand sanitizers under the Essential Commodities Actin March 2020.

The global lockdown has curbed activities in many economies, compelling businesses to shut down their operations, either temporarily or permanently, which has resulted in the loss of employment. The International Labour Organization, on April 4, 2020, warned of 25 million layoffs if the novel coronavirus is not controlled.Consumer spendingis fuelled by the creation of jobs and the rise of the start-up culture, and higher job creation leads to a better lifestyle, which eventually leads to the higher consumption of consumer goods.

The emerging urban middleclass was Pandora's Box. Every major company involved in catering to the consumer products market was interested in getting a share of it. However, the looming recession and decrease in jobs will lead to an overall decline in the demand for consumer goods, which will also affect companies' production cycle. However, economic stimulus and reducing import tariffs are some of the measures that authorities are likely to implement, leading to normalization in the consumer products industry. 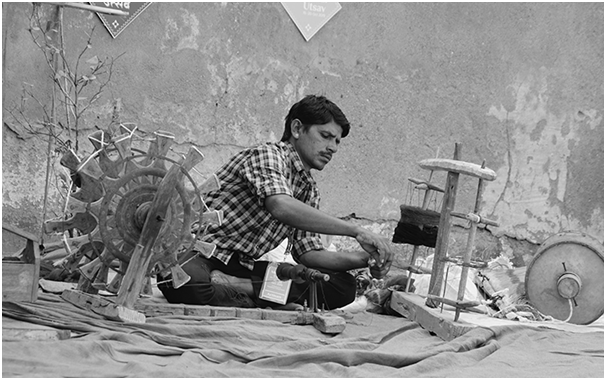 An Overview of Cottage Industries Across the World

U.S. and Canada Kitchen Cabinet and Countertop Market: Information By