Increasing prevalence of cardiovascular diseases such as coronary artery disease, high blood pressure, cardiac arrest, blockage of the artery is driving the growth of the biodegradable stents market in future.  As per the Centre of Disease control, around 1 of every 13 Americans aged above 18 years and older has diagnosed with coronary artery disease. Bridgeable stent is a device which is inserted into a blood vessel to prevent the blockage by expanding them. 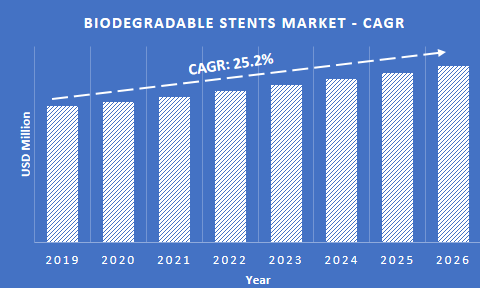 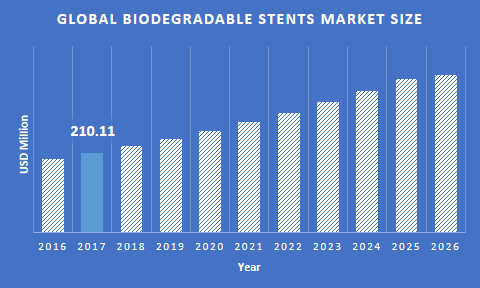 Based on the end users, the biodegradable stents market is segmented into hospital and cardiac centres.

North America is likely to account for the largest share of the global biodegradable stents market in the forecast period 2019–2026. This is attributed to high blood pressure, high blood cholesterol levels leading to increasing artery diseases. For instance, approximately 15 million people suffer from coronary diseases in U.S.  Apart from this, increasing population of tobacco smoking and obesity leading to artery diseases is also increasing the demand of biodegradable stents for eluting drug. 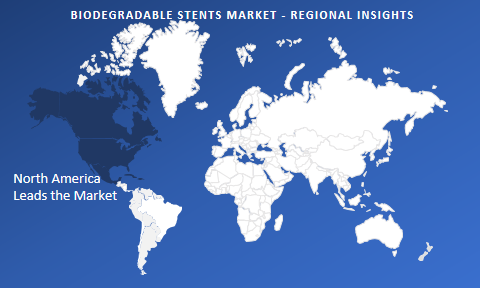 Europe is expected to witness significant growth in biodegradable stents market. Increasing prevalence of coronary artery diseases such as ischemic heart disease, angina, unstable angina, myocardial infarction, and sudden cardiac death is expected to propel the growth of the market. According to British Heart Foundation, during 2014-2016, over 66,000 died due to coronary heart disease in the U.K. Increasing cardiac diseases across Europe has increased demand for cardiac stent devices, which is expected to drive the market.

Asia–Pacific is expected to be fastest growing market during the forecast period. This significant growth is attributed to increasing prevalence of cardiovascular diseases such as hypertension, cardiac failure is propelling the growth of the market. It was estimated that, approximately 60% people suffered from heart diseases (American heart diseases 2018). Similarly, increasing geriatric population, chronic diseases, obesity are some other factors supporting the growth of the market.

LAMEA is expected to witness a considerable growth in the global market during the forecast period. The significant growth is attributed to increasing cardiovascular diseases, increasing awareness about the health and high disposable income in the Middle East countries are projected to drive the growth of the market.