The industrial phenols market is anticipated to witness moderate growth during the forecast period on account of its increasing demand from end-use industries. For instance, apart from automotive, and to some extent, cosmetics, they are also used in electronics and paints and coatings application. In lower concentrations, they are used in household disinfectant and mouthwash products. Industrial phenols are also used as a bonding agent to manufacture wooden products such as MDF and plywood, among others, further driving the market growth.

Bakelite and melamine, and other similar thermoplastics are manufactured using industrial phenols, which are further used in the manufacturing of electronics. However, stringent regulations are mandating the limitation over the use of several chemicals and processes. In addition to this, various international authorities and governments of various economies have been trying to curb emission rates owing to which most of the chemical industries are looking for environmentally friendly alternatives. This is either likely to push manufacturers to produce eco-friendly versions of industrial phenol or modify their manufacturing process to produce an alternative.

There has been a considerable increase in population growth over the past several years on account of easy access to healthcare facilities and a decrease in infant mortality rate. Emerging economies in Asia-Pacific, especially in Southeast Asia and Central and South America and the Caribbean, have been witnessing lucrative industrial investments, further driving the demand for personal goods and services. Apart from this, increasing consumer spending has surged the demand and production of automobiles, especially passenger cars. Industrial phenols are used in the form of resins in the automotive industry to improve vulcanization and performances of brake linings and clutch plates. However, the looming recession is projected to hamper the market growth in the automotive sector. 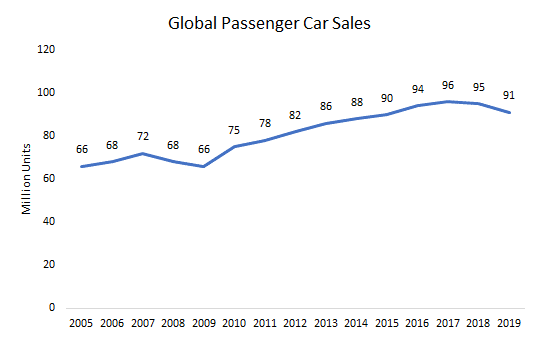 In addition to this, the global recession might dampen consumer spending leading to a decrease in sales of passenger vehicles for private use. However, economies across the globe are likely to put more stress on strengthening their public infrastructure which will also include the construction of roads and putting an emphasis on increasing public transportation vehicles such as buses. In addition to this, international and domestic trading is also likely to witness a rise as new trade treaties are likely to be formed and most of the economies have been strengthening their internal supply chain which will make higher use of commercial vehicles. These aspects highlight the automotive sector’s demand for industrial phenols will result from sales of commercial vehicles such as trucks, and buses. 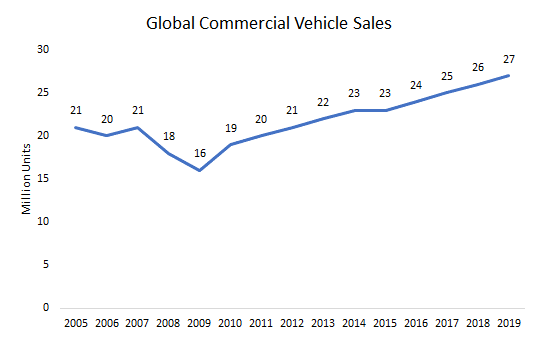 Internet penetration, rise of influencer marketing, and social media advertising have driven the use of cosmetics over the past several decades. Cosmetic brands are coming out with attractive packaging and actively interacting with customers via social media platforms to achieve significant brand visibility in various retail channels. In addition to this, several companies involved in the personal care market have been moving towards customizing their products to meet the rising demand. Thus, rising demand for personal care products, especially cosmetics, across the globe provides an impetus to the market growth. 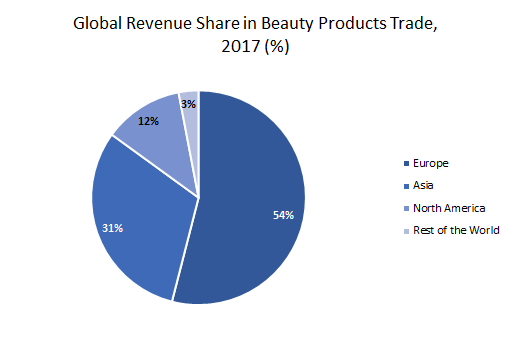 Based on phenol derivatives, the industrial phenols market has been segmented into bisphenol a (BPA), alkylphenols, chloro-phenols, caprolactam, and salicylic acid. Bisphenol A (BPA) is used in the manufacturing of epoxy resins, which are used for polycarbonates, moldings, and paints and coatings. Insecticides, emulsifiers, and detergents are produced from alkylphenols. Most of these are consumer products and heavily dependent on consumer dynamics. Therefore, manufacturers of industrial phenols are adopting aggressive strategies to enter into contractual partnerships with industrial end-users. Caprolactam is used for catering to various applications such as moulded components, fishing nets, packaging, clothing, and carpets, among others.

Chloro-phenol is expected to grow at a significant rate owing to the availability of various forms, such as dichlorophenol, and tetrachlorophenol, and their sub-types, and its use in a myriad of applications. chlorophenols are commonly used as disinfectants, herbicides, and pesticides. The global population is growing at a rapid pace, and access to better healthcare has considerably improved the infant mortality rate. The increase in population has resulted in higher demand for food. However, to take care of the higher crop yield, farmers have to use insecticides and pesticides to prevent the crop from being ruined. The resulting increase in crop yield and the growth in demand for food is likely to drive the demand for chloro-phenol for these applications.

Asia-Pacific dominates the industrial phenols market on account of rapid industrial investment in economies such as India, China, Malaysia, and Thailand. Several multinational companies are establishing their R&D headquarters and manufacturing plants in these economies on account of the availability of skilled labor at a low cost, low land rates, and favorable government reforms encouraging foreign investments. The consumers in the region are heavily spending on an automobile, and automobile maintenance, consumer products, and electronics due to rising spending power and emerging middle-class population, which is further driving the regional market growth.

Europe and North America are anticipated to witness significant growth in the industrial phenols market during the forecast period. The two regions have companies involved in this market which also have a considerable international presence. Europe, however, is likely to show some restrictions to the growth rate owing to the recent Brexit, which has led to an important player, the U.K., to be separated from the European Union (EU). However, economies in Eastern Europe such as Russia is expected to drive the growth of this market. Russia has been partnering with China, and India and is likely to gain some industrial exposure from these partnerships which could drive the growth of industrial phenols in the European region. The market in North America will be dominated by the U.S. The North America Free Trade Agreement (NAFTA) is likely to be one of the important factors driving the growth of this market. Canada is expected to register the highest growth rate.

Middle East is anticipated to witness a healthy growth rate owing to the various initiatives undertaken by the governments of various economies of this region to diversify their income sources. Countries in the Middle East have been predominantly relying on oil and gas to generate revenue and have been investing steaduily in construction and chemical industry to generate profits. These initiatives is expected to boost the demand for industrial phenols from this region or it is likely that this region will be one of the exporters of this market.

Which is the leading segment in the Industrial Phenols Market?

Chloro-Phenol Segment is expected to be a leading segment in Industrial Phenols Market during the forecast period.

Who are the active players in Industrial Phenols Market?

Which region is expected to hold the highest market share in the Industrial Phenols Market?

Asia-Pacific is expected to hold the highest market share in Industrial Phenols Market.

What is the key factor driving Industrial Phenols Market?