Reach out to us
Category : Semiconductor & Electronics
Listen To This Blog Mute This Blog

The use of smart battery technology is widespread in today's digital era. But there's a thing that consumers and electronic gadget manufacturers will never be able to get enough of — superior battery life. Wouldn't it be amazing if our smartphones and other mobile devices lasted more than three days of heavy use with only a single charge? With graphene batteries, this dream might turn into a reality.

Graphene batteries are not being used in full form in smartphones and other gadgets yet, but the technology is advancing. In the coming years, graphene could be the breakthrough material that could replace conventional lithium-ion (li-ion) batteries that the technology industry has become heavily dependent on for decades.

The Graphene Batteries Industry: An Overview

Graphene is one of the strongest, thinnest, and most flexible materials known to everyone. It is made of a sheet of carbon atoms that are bound together in a honeycomb lattice pattern. The material has several characteristics with unlimited possibilities for various applications. Graphene is the world's most potent conductor of electrical and thermal energy, highly flexible, and extremely lightweight. Moreover, it is eco-friendly and sustainable.

Graphene is incorporated with traditional battery electrode materials to enhance its functionalities and characteristics. A graphene battery has faster-charging capabilities, high storage capacities, high durability, and lower weight. Thereby, it will help extend the battery's life and improve battery attributes such as energy density and form in different ways. Conventional batteries can be enhanced by incorporating graphene into the battery's anode to achieve high performance and morphological optimization.

Along with transforming and revolutionizing the battery market, graphene batteries can be used with supercapacitors to achieve unparalleled results to improve the efficiency and driving range of electric cars. While graphene batteries' commercialization is still in nascent stages, battery innovations are being reported throughout the world.

Graphene as a Substitute Element in Batteries

Lithium-ion (Li-ion) batteries and graphene batteries can charge various devices and transfer energy in similar manners. Even though both batteries share similarities in design specifications and applications, they differ from one another in terms of lifespan, safety aspects, and energy transfer speed.

The primary reason that makes graphene batteries much more efficient than existing li-ion batteries is its heat dissipation capabilities. Whenever heat transfer occurs, a large amount of energy is created due to its conductors' resistance. Traditional batteries conduct energy while displaying very high resistance, ultimately generating increased amounts of heat energy. With the increase in heat energy, resistance increases even further, creating a cycle of inefficiency. The relative excess in heat and resistance is harmful to the battery and the device.

In November 2017, the company developed a distinctive "graphene ball" that could make lithium-ion batteries long-lasting and more efficient. In fact, the Samsung Advanced Institute of Technology (SAIT) said that the unique material would increase the batteries' capacity by 45% and make charging speed 5x faster. Besides, batteries with the graphene ball material will maintain temperatures of 60 degrees Celsius, which is the industry standard for use in electric cars.

Huawei Technologies Co., Ltd. is a Chinese multinational provider of information and communications technology (ICT) solutions, infrastructure, and smart devices. It is also a leading designer, manufacturer, and seller of telecommunications equipment and consumer electronics. The company's total revenue for 2018 was a staggering USD 105.1 billion, with a net profit of USD 8.7 billion.

In November 2016, the company revealed a new graphene-enhanced lithium-ion battery that can remain operational at temperatures above 60 degrees Celsius and offer a longer lifespan — twice as much as what can be achieved with traditional batteries. To build this product, Huawei leveraged the capabilities of several new technologies such as chemically-stabilized single-crystal cathodes, anti-decomposition additives in the electrolyte, and graphene to enable heat dissipation. Additionally, the company claims the new graphene material would reduce the battery's temperature by about 5 degrees.

GrabatGraphenano Energy is a division of Graphenano Group that designs, manufactures, and distributes graphene polymer batteries for use in different applications. It is the world's first graphene cell plant located in Spain. In February 2020, the company partnered with China's Chint Power Systems to produce graphene polymer batteries that would allow autonomy of 800 km if used in electric vehicles. Grabat claims that the battery would be charged in just 5 minutes and occupies between 20% and 30% less than a li-ion battery.

The U.S.-based Nanotech Energy is among the world's leading providers of graphene, graphene oxide, graphene ink, EMI shielding, graphene super batteries, and silver nanowires. The company licenses the world's first patent for graphene filed in 2002 by co-founder Dr. Richard Kaner. He is also the UCLA Professor of Chemistry and Material Science and Engineering.

In September 2019, the company announced that it has built and scaled the graphene production process, with over 90% of its content monolayers. The company claims it to be the purest form of graphene available in mass production quantities. In May 2020, Nanotech Energy closed a USD 27.5 million funding round to produce graphene batteries that can charge 18 times faster than anything currently available in the marketplace. The company aims to make the batteries by the end of 2022.

Nanotek Instruments, Inc. is a U.S-based company that specializes in using breakthrough nanotechnology for consumer applications. The company's product line includes energy storage devices such as batteries, supercapacitors, fuel cells, and graphene-enabled technologies for next-gen products such as electric cars, paints, phones, and tires. Global Graphene Group (G3) — the parent company of Nanotek Instruments, Inc. — and its subsidiary Angstron Energy (AEC) has built a novel graphene composite anode material (GCA-II-N) that can increase the efficiency of li-ion batteries while making it compact.

For decades, researchers and healthcare professionals have evaluated the possibilities of incorporating graphene into materials related to artificial implants in order to enhance its durability. Graphene’s biocompatibility, along with its mechanical strength and electrical conductivity, can be used for organs requiring similar attributes such as spinal and nerve elements.

Scientists from Michigan Technology University are working on developing 3D print replacement nerves using 3D bioprinting technologies. They have already developed polymer elements that can act as a medium for growing tissues and are now working on incorporating graphene as the electrical conductor.

Graphene oxide — the oxidized form of graphene — is a carbon substance that has medicinal applications. It has great potential as a novel diagnostic and therapeutic tool for cancer. For instance, researchers from China have built a single-cell sensor based on graphene field-effect transistors for the detection of even a single cancerous cell.

Nevertheless, more prominent is the potential of graphene in cancer treatment. For instance, scientists at the University of Manchester found that graphene oxide may act as an anti-cancer agent that kills cancer cells. If combined with other existing treatments, this could lead to the prevention of cancer metastasis and tumor shrinkage.

On the other hand, bio-sensing is a growing field that has a lot of medical applications. Graphene can be used in detecting food toxins, germs and bacteria, and environmental pollution. Graphene oxide binds to the toxins to produce an enhanced signal, enabling hyper-sensitive sensors to detect toxins at about 10x times faster than existing sensors. Besides, it can be used to detect blood microparticles that are released just before a person experiences a heart attack. Currently, similar other sensors are under research and development for the detection of a wide range of diseases, biomarkers, and toxins.

The global energy storage market is flourishing. With the growing popularity of renewable energies, energy storage has become a topic of interest for researchers. Since power generation from renewable energy sources like solar and wind doesn’t always match the growing energy demand, a different approach to energy storage is required. With the increasing prominence of electric vehicles, many startups and organizations are thinking of new ways to develop cheap, high energy, and reliable battery storage technology.

The existing storage systems have high energy and high-power density. A lithium-ion (li-ion) battery has high-power density but is unsuitable for large-scale applications. Graphene supercapacitors are considered the next generation of energy storage technology, exhibiting immensely superior performance to traditional batteries. Essentially, graphene could bring forth many new features for energy-storage systems, including transparent batteries, smaller capacitors, high-capacity and fast-charging batteries, and entirely reliable and even rollable-energy storage systems.

Undoubtedly, graphene has changed the energy storage scenario due to its extraordinary electrochemical properties and exceptional combination of large surface area, mechanical properties, and high electronic conductivity. Nevertheless, the full potential of such systems has yet to be realized. There are many challenges that need to be solved concerning the reliable techniques for the low-cost mass production of graphene.

Many studies are yet to be conducted for resolving the current challenges using theoretical estimations together with experimental efforts. Additionally, scientists need to study the interaction of graphene sheets at the nanoscale to form different shapes and dimensionalities to open the road for more potential applications for graphene. The research for graphene energy storage devices is expected to continue to expand over the next few years with the promise that it will change our lives.

The mass of energy system components in a spacecraft can constitute a major segment in the overall spacecraft mass. To reduce the mass required for storage batteries in spacecraft and meet increasingly growing satellite energy requirements, an advanced energy storage system is required. Currently, graphite is used as an anode in li-ion batteries.

The adoption of graphene could drive technological advancement to unforeseen places, enabling both long-lasting and high-performance devices. Its minimal ecological and technical shortcomings also show great promise for its sustainability in the marketplace.

Future mobile devices packing graphene power cells would represent the benefits mentioned above. Headsets would be able to charge faster, batteries would last more a day, and devices would be light in weight. Graphene could provide 60% or more capacity than traditional batteries. You won’t have to pay for expensive battery replacements to keep your old devices functioning.

Graphene batteries would result in thinner and lighter smartphones with more battery capacity while keeping the same proportions. Although the technology remains some years away, it’s a game-changing prospect for mobile devices, electric vehicles, and much more.

Supercapacitors do not have as many applications as batteries and other capacitors because of its expensive nature. However, there is a high chance that supercapacitors will witness an elevated growth in the future over any other energy storage system. As it seems, various companies have already commercialized graphene-based supercapacitors; thus, the supply will heighten if this demand increase does materialize.

In 2017, well-known automobile manufacturer Lamborghini announced a partnership with MIT to build the TerzoMillennio — a technology for an electric supercar driven by graphene-based materials built into its carbon fiber network. In 2019, Ford launched its all-electric Mustang Mach-E, a part of its USD 11 billion plan to manufacture 40 all-electric and hybrid cars by 2022.

The Future of Graphene-Enhanced Batteries

Currently, graphene is still in its nascent stages in terms of its commercialization as battery technology. There are still many challenges to overcome, including its extremely high manufacturing cost. As the manufacturing process becomes more affordable and refine, the possible applications of graphene will considerably grow.

The most encouraging utilization of graphene is its integration with li-ion batteries, done by integrating it into the cathodes and anodes of the battery. In short, anode and cathode are the points at which energy flows in and out of the battery, thereby generating the maximum heat. By increasing the conductivity and decreasing the resistance, more energy can be transferred at a faster rate. 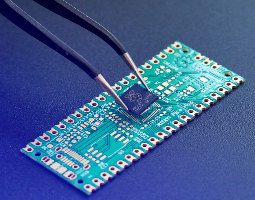