Reach out to us
Category : Food & Beverages
Listen To This Blog Mute This Blog

Feta cheese is made using milk from sheep and goats. It is a highly nutrient-dense, calcium-rich, soft, white, brined cheese. As a component of Mediterranean cuisine, feta cheese is utilized in various appetizers and sweets. It is valuable in several cuisines, including sandwich toppings, salads, and snacks. In comparison to other cheeses, feta cheese has a low-fat level. It is produced in Germany and exported to the rest of the world. It is an essential component of the German diet. 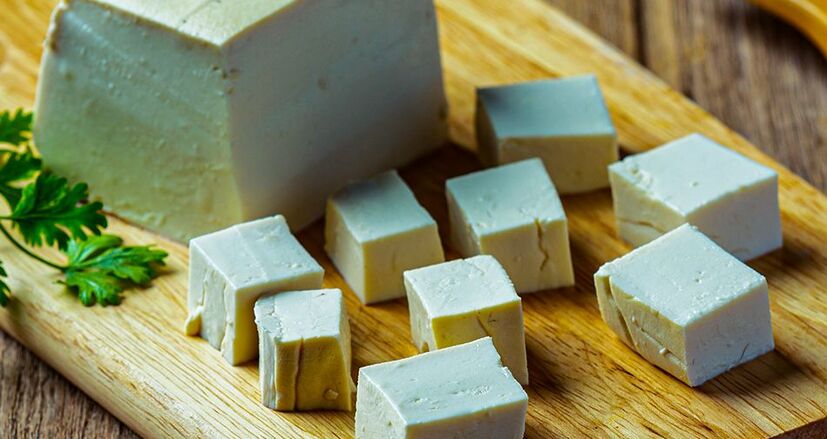 Due to fast-paced, hectic lifestyles, people seek out quick-service restaurants that can provide food on demand. The fast-food industry has also experienced exponential growth over the past decade. It is expected to grow at an accumulated rate due to the rise in urban development, increase in promotion by retail food chains combined with quick services, adoption of economical pricing structures, and arrangement of comfortable seating. In addition, the demand for feta cheese in the fast-food business has expanded dramatically due to the prevalence of cheese in fast food preparation. Various types of cheese are required to produce a range of dishes, which increases the demand for these cheeses. Therefore, the rise of restaurant chains contributes significantly to the increase of the whole feta cheese market.

Moreover, as one of the most developed regions in the world, the United States attracts many immigrants seeking employment. As they absorb cultural values, immigrants carry them wherever they travel. This substantially affects the contemporary food culture of the United States. Pasta and pizza, for example, are widely consumed in the United States. Moreover, European food has been widely adopted on the international market, transforming the English breakfast into a continental meal dominated by feta cheese. Consequently, the rise in recognition of European food culture and Greek feta cheese increases the demand for feta cheese, thereby boosting market expansion.

French food manufacturer Lactalis American Group Inc. first established operations in the United States in the early 1980s. It is a leading dairy corporation whose product catalog includes milk, cheese, butter, yogurt, and cream. It offers a variety of cheeses, including camembert cheese, feta cheese, goat's cheese, manchego cheese, comte cheese, and string cheese, which makes it a leader in the cheese industry. It has significant production facilities in Idaho, Wisconsin, and New York. It is a branch of the largest dairy company in the world, situated in the United States. In addition to President, Galbani, Parmalat, Karoun, Stonyfield Organic, Siggi's, Green Mountain, and Black Diamond, the Lactalis Group possesses numerous consumer brands and leading corporations, such as Parmalat, Karoun, and Karoun. It primarily conducts business in the United States. It produces dairy products all around the world.

Fonterra Co-operative Group Limited is the world's largest exporter of dairy goods, with a catalog that includes milk, spreads, cheese, yogurt, butter, and ice cream. Fonterra dairy products are consumed by consumers in various nations due to the global recognition of its products. Furthermore, its products are highly nutritious and fresh, and the company enjoys the highest level of consumer confidence. The business comprises numerous subsidiaries and prominent brands, including Western Star, Perfect Italiano, Bega, Mainland Cheese, Mainland Butter, and Australian Dairies. It produces more than 16 billion liters of milk annually at its 30 manufacturing plants nationwide. It operates mainly in the Oceania and Asian regions. It has a global footprint with production in more than 130 markets.

Saputo Inc. is the industry's leading dairy processor. Its catalog offers fluid milk, cream, cheese, yogurt, sour cream, cottage cheese, and ice cream mixes, among other products. In addition, it is the leading cheese manufacturer in Canada. The firm is one of the top three cheese makers in the United States. It is well-known throughout various regions for its fresh dairy products and excellent customer service. It transforms over 11 billion gallons of milk into a range of dairy products. It sells a range of cheeses, including ricotta, provolone, parmesan, goat cheese, feta, and Havarti, which are recognized worldwide. It predominantly operates in Canada and the United States. It is in nearly every region of the world, with production in more than 50 nations.

Kraft Heinz is among the world's largest food and beverage corporations, with a portfolio that includes sauces, cheeses, condiments, dairy products, and refreshing beverages. It has a long tradition of producing nutritious, high-quality foods. The headquarters of the corporation are located in both Chicago and Pittsburgh. Kraft, Oscar Mayer, Heinz, Philadelphia, Lunchables, Velveeta, Planters, Maxwell House, Capri Sun, Ore-Ida, Kool-Aid, Jell-O, Primal Kitchen, and Classico are among the company's most recognizable brands. Seven offices are located in various cities, including Pittsburgh, Chicago, Barueri, Milan, Jakarta, Madrid, and Zeist. It primarily operates in the United States. Having operations in almost 50 nations, the Kraft Heinz Company has established a footprint in nearly every area of the world.

Dodoni S.A. is one of the major dairy companies in Greece and the primary seller of P.D.O. feta. Milk, yogurt, feta P.D.O., yellow cheeses, milk cheeses, butter, and goat products are all available on the menu. It delivers high-quality dairy products that are considered the best in the country. Additionally, its cheeses are renowned for their quality and freshness among consumers. Its cheeses are relished in numerous countries.

Moreover, DODONI Feta, a Protected Designation of Origin (P.D.O.) product, is produced solely from processed Greek sheep's and goat's milk. It does the majority of its operations in Greece. It has established itself in more than 30 countries worldwide.

Kolios S.A. is a Greek dairy-related manufacturing business whose catalog includes cheese, yogurt, and cream, among other options. It specializes in cheeses and provides a variety of collections, including feta P.D.O. and white cheeses, yogurt, kasseri P.D.O., yellow cheeses, and cream cheese. The company contributes by making feta items, as feta cheese is among the most famous among Greeks. Since its founding, it has been renowned as an outstanding cheese maker. In an ultramodern factory, it processes fresh sheep's, goat's, and cow's milk and manufactures various dairy products. It does the majority of its operations in Greece. Through the distribution of its products, the company has a global presence.

Mevgal is the largest dairy firm in Northern Greece and a manufacturer of Greek dairy products. It is one of the country's biggest producers of dairy products, including milk, yogurts, cheese, confectionery, juices, teas, and protein products. It receives milk from its neighbors and processes it at its facilities. It manufactures and sells more than a hundred fresh milk-based goods to various regions. Its products are very nutritious and instill confidence through its brand image. Within its cheese category, it has feta cheese P.D.O., goat cheese, manouri cheese P.D.O., kasseri cheese P.D.O., and Greek & grill cheese. Its primary markets are Greece and the United States. It has a presence in a variety of global regions.

Saudia Dairy & Foodstuff Company (SADAFCO) is a market leader in the food & drinks sector, offering a vast array of products in its portfolio, such as milk, milk powder, cheese, cream, ice cream, butter, French fries, snacks, and ice cream. It ranks among the most highly regarded tomato paste and ice cream manufacturers. It is well-known for manufacturing and exporting a variety of high-quality goods. Currently, more than 40 million items are produced annually. There are two manufacturing plants in Jeddah and one in Dammam. It has been honored by the International Standards Organization for its dedication to upholding the highest quality standards in its production procedures (ISO). It conducts the bulk of its operations in Saudi Arabia.

Clover Leaf Cheese Ltd is a consumer goods firm established in Canada that offers a vast selection of products, comprising cheddars, soft cheese, grated cheese, goat cheese, shredded cheese, and gift boxes. The quality of its cheeses is ensured by natural aging. The company's repertoire includes more than one hundred distinct cheese varieties. Clover is the leading grated cheese manufacturer in the country. It only sells premium cheese to large and small supermarkets and private label clientele. Consumers recognize its items as emblematic of premium-range products. It operates the majority of its goods in Canada. 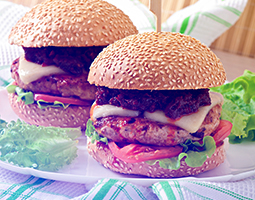